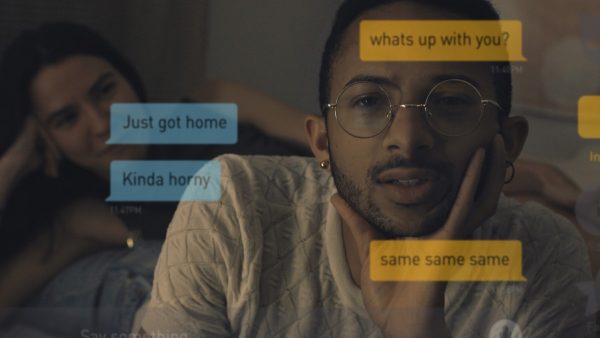 Searchers draws on encounters with a diverse set of New Yorkers as they navigate their preferred dating apps, searching for their special someone. 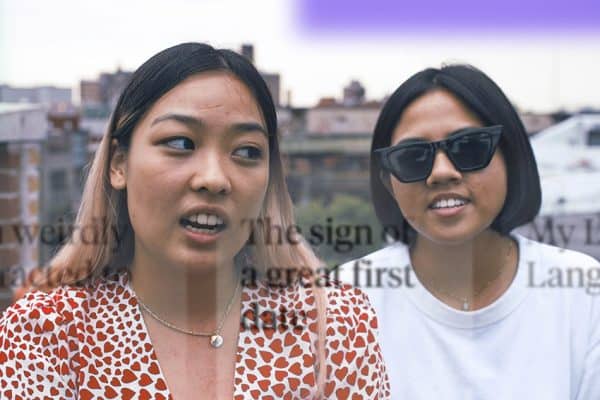 Among the most mentally debilitating casualties of the COVID-19 pandemic is surely the absence of a traditional dating scene in most countries around the world, as elucidated with warmth and empathy in Pacho Velez’s (Manakamana) charming documentary Searchers.

Velez aptly trains his focus on online dating, which for many has become the default romantic mode over the past year, exploring the highs and lows of seeking a digital connection, and how the cost-benefit dichotomy is only exacerbated during the middle of a pandemic.

Though Velez’s film recontextualises dating rituals through the present moment – and much of the B-roll features observational shots of New York City filled with mask-wearing folk going about their business – the filmmaker doesn’t feel the need to address coronavirus in any explicit terms, beyond what his subjects wish to volunteer.

The focus is more intently on the broader challenges of online dating, which while hardly revelatory to anyone who’s ever used Tinder, are nevertheless explored compassionately through refreshingly honest subject testimony. 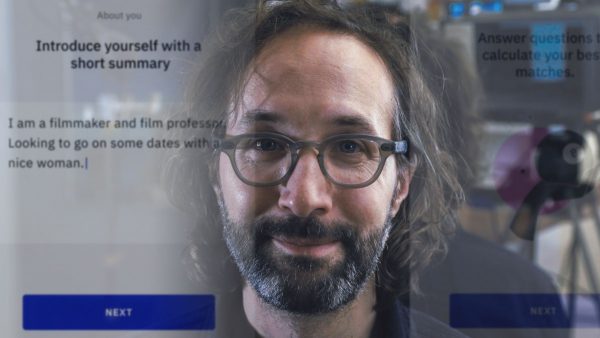 Velez’s almost Erroll Morris-like approach to framing his interviews results in the subjects often staring directly into the camera lens while discussing their dating experiences, and as they scroll through their dating app of choice, their movements are tastefully projected on the screen in front of them. It’s a simple but stylish presentation technique that anchors the film for its breezy 80-minute runtime.

It’s little secret that dating apps bring out the judginess and fickleness in most everyone, where a nuanced portrayal is practically impossible, and it’s tough to get a true feel for someone’s “aura.” What you dismiss in a moment might’ve been a nuance that somebody deliberated on for minutes, in an attempt to project a certain image. That’s not to forget the ease with which profile pictures can be curated and manipulated, of course.

Another smart choice Velez makes is to speak to a diverse array of subjects across race, age, and sexuality. One of the first people we meet is Cathleen, a wonderfully witty 74-year-old woman who finds herself priced out of the dating market as most men her age have an age ceiling of around 65-70.

Conversely – and hilariously – we meet an octogenarian woman later who similarly dismisses men above 70 years old; it cuts both ways. In an eye-opening divergence, Velez also interviews a pair of young women, 19 and 20 years old respectively, who frequent a “sugar daddy” app where participants can be paid a weekly “allowance” by suitors for their presence, whatever that may entail. 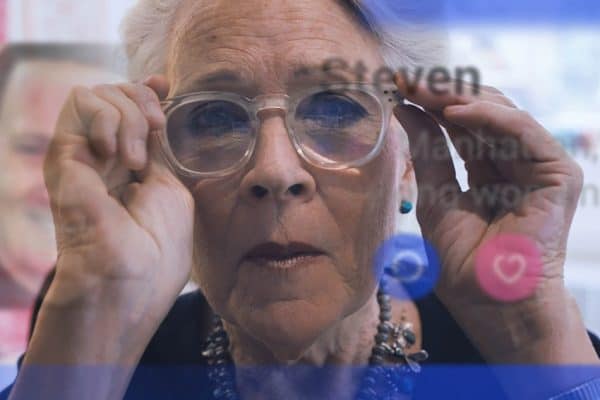 But no matter the individuals, there are commonalities among many of the interviewees, that the choice potential of the Internet actually creates more problems, and that the matching algorithms can in fact make a person’s dating pool smaller and more cynical. After all, love can spawn from unexpected places beyond what is supposedly a “match”; Velez, who is himself on the lookout for love, recalls an hilarious story where he was “catfished” by a woman which actually led to a four-year relationship.

Another pervading sentiment is that dating apps can wear people down and render them jaded, placing a premium on people “othering” themselves to be anything but normal (or “boring”), no matter that it escapes the essence of who they are. As a result, people can go into the experience with negative baggage, and as one subject aptly puts it, “You’re not on a date with someone, you’re on a date with someone’s issues.”

New York City is also a “character” in the film, with several subjects mentioning the big city burnout, where time is money and online daters have to arbitrate whether a match represents “value” or not. Combine this with the rejection inevitable with any online dating dynamic and it’s little surprise several people in this documentary refer to it as a job in of itself – if still preferable to the alternative of loneliness. 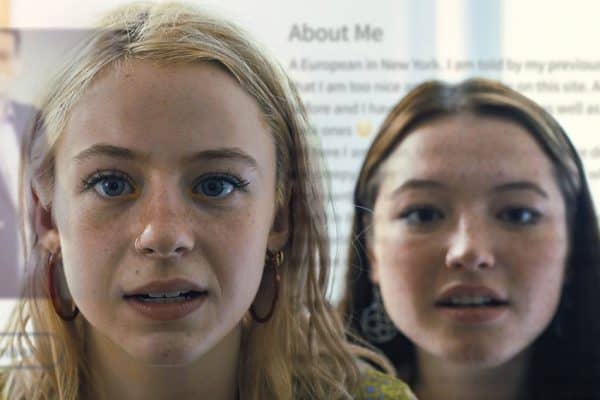 To that end, one of the doc’s most interesting subjects is a man who wants to “crack the code,” so to speak, of online dating. This man takes a data-driven approach to his dating history, creating a spreadsheet of dates and rejections to try and figure out which type of woman he most attracts. It’s a cynical approach, yet dating apps invite this sort of thinking by design, even if few daters are industrious enough to take it this far.

Others lament the lack of accountability; a young woman discusses how often she’s “ghosted” by men after a few dates, while in another more harrowing case, a man details how he was sexually assaulted on a Grindr date, noting how the app gave him a false sense of security. Now, he “Instagram stalks” his potential partners in the hope it might help weed out the red flags.

Though the film focuses on the difficulty of finding love or even fleeting companionship online, it is anything but an indictment of a modern dating medium so often seen as superficial. Tellingly – and encouragingly – many of the people interviewed here seem far more keen in seeking out an “interesting” partner than a merely attractive one, no matter the utter imperfection of the online dating framework.

At once heart-wrenching and hilarious, Searchers wittily captures our hard-wired desire to connect in all of its hope and despair, filtered through the context of the pandemic-era dating scene.