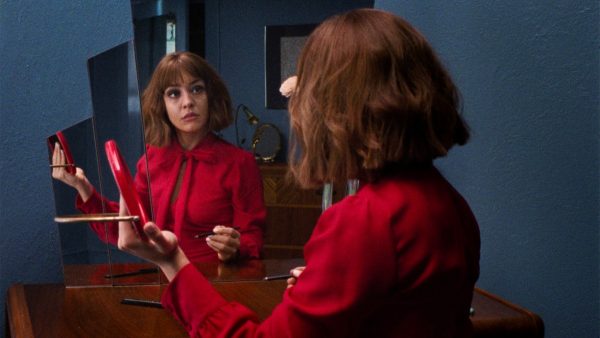 On the run, Marian returns to her hometown to hide out with her identical twin sister, Vivian, and in doing so alters the trajectory of both their lives. 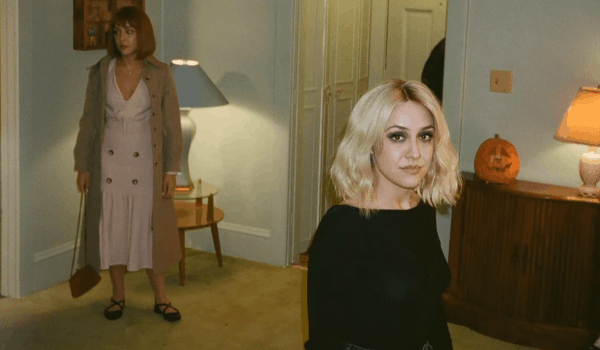 In what’s sure to be one of the most audacious feature debuts of this year’s Sundance, Erin Vassilopoulos’ Superior – an expansion of her 2015 short of the same name – is a fascinating, often Lynchian study of dualism that tempers its wilder creative inclinations with two outstanding lead performances.

Without giving too much away, Marian convinces Vivian to switch places for a single day, but one day inevitably becomes another, and slowly each twin discovers both the utility and the danger that comes with assuming an adjacent but distinctly other identity.

It’s a neat trick, taking two characters who are two sides of the same coin – Marian the skirt-wearing peroxide blonde with a penchant for 3pm drinks, Vivian the demure, modestly dressed brunette, – and blurring the lines between them through something as simple as a head of hair (Marian dyes hers brown to match Vivian).

Studies of twins and doubles are of course nothing new to cinema, but Vassilopoulos’ film brings an enticing unpredictability to the table; from the moment Marian shows up on Vivian’s door, the possibilities are endless for where this could go. Is it a thriller? A comedy? Are there supernatural elements? Without giving an outright answer, Vassilopoulos’ tonal tight-rope walk is refreshingly free-wheeling.

Identity serves as a dual means of escape for the twins throughout – Marian from a boyfriend who may or may not be in pursuit of her, and Vivian the advances of a husband desperate to get her pregnant – and Vassilopoulos clearly relishes keeping audiences on their toes.

Once the switcharoo first takes place, the pair can only be differentiated by their slightly different hair styles, but as the film advances, these roles become increasingly obscured, and I found myself regularly second-guessing who was who. And that’s very much the point, to create a soupy stew of identity where your attentiveness will be tested.

Through and through, Superior is a film dripping with absolute confidence in its vision. The decision to shoot on 16mm film, if technically unwieldy, ensures you’ll want to drink in every drop of DP Mia Cioffi Henry’s rich colour palette, while excellent production design – particularly Vivian’s garishly pastel-shaded home – ensures the film could effortlessly pass muster as produced in the 1980s (where it’s set). 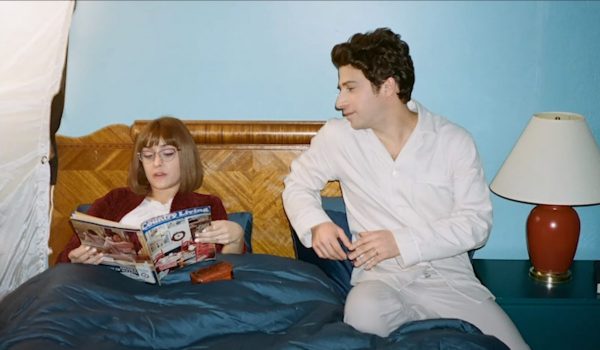 The aesthetic is so overwhelmingly reminiscent of Twin Peaks at times that it’s easy to peg Vassilopoulos a David Lynch fan, a hunch cemented by a subsequent prolonged shot down a stretch of road that mirrors Lynch’s Lost Highway. Meanwhile in the music stakes, a bevy of neato dreampop licks and a crackerjack synth score from Jessica Moss add their own entrancing gloss to the heightened-yet-painterly visuals.

But an inspired premise and top-notch technicals would only take Superior so far, as its true secret weapons are really the Mesa twins, whose striking performances resonate beautifully with one another – as you’d expect – while played with just enough ambiguity that it’s easy to lose oneself in the intoxicating “who is who again?” conceit.

In small supporting roles, Hoffman is spot-on as Vivian’s wet lettuce husband, while Stanley Simons is hilariously awkward as Marian’s mega-chill ice cream vendor boss Miles, and Alexander is perfect as Marian’s aggrieved, spectral boyfriend Robert who haunts her dreams and may be on his way to do far worse. He’s also by far the most Lynchian of all the movie’s characters.

Despite its head-spinning approach to identity, fear, and paranoia, this is certainly far more literal-minded than the Lynch comparisons might suggest – Mulholland Drive it ain’t – offering a wholly accessible window into its characters’ fraught lives, all the way to a more conventional final sequence. Superior is a sumptuous, moody psycho-drama that should be a loud coming-out party for its twin leads Alessandra and Ani Mesa.