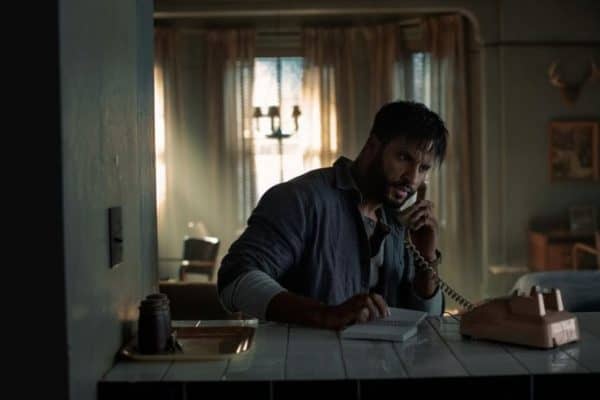 With news that this season is getting slayed by critics, while fans are apparently abandoning ship like their life depended on it, episode three brings hope. Something approaching a coherent storyline is starting to kick in and visual confidence is being restored. Whether that is due to a burgeoning relationship between Shadow and Marguerite, or Laura Moon’s foulmouthed further adventures, things are definitely improving.

Ian McShane remains the bedrock of this show, brandishing shabby chic alongside sartorial elegance dependent upon the occasion. Meanwhile Yetide Badaki dominates every scene even from the relative distance of a magazine cover. Between them and Emily Browning there is some serious three-way scenery chewing, which only adds to the attitude. Ashley Reyes is also making an understated impression as Odin’s enabler Cordelia, bringing contemporary sass alongside daughterly concern. 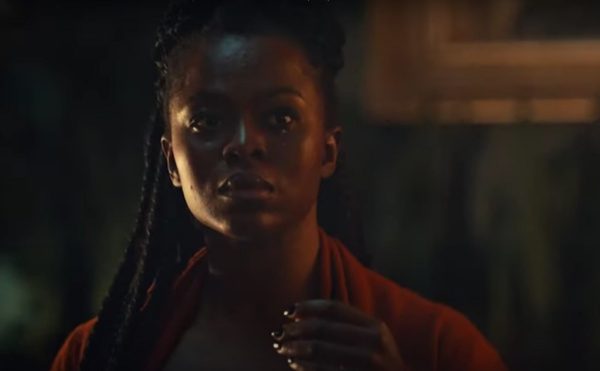 By referencing elements of Robert Egger’s staggering debut, The Witch in its opening minutes, American Gods suddenly feels compelling again. That it then side tracks into purgatory by way of God’s waiting room allows creators room for visual invention and character progression. An opportunity that finally gives audiences a way in through an emotional connection to Laura Moon, mixing retro audio-visual equipment alongside some VFX circa 2020.

Her belligerence, antagonism and single finger salute to anyone offering help makes her emotionally barren. That Laura literally has to go to hell and back before learning a life lesson might seem heavy handed, but is just what this show needed. Up until now season 3 has been running on fumes, propped up by solid character turns in need of direction. Whistles and bells only distract for a little while, before audiences get savvy and leave well alone. By providing an emotional connection through story and character, this show may yet be redeemed. 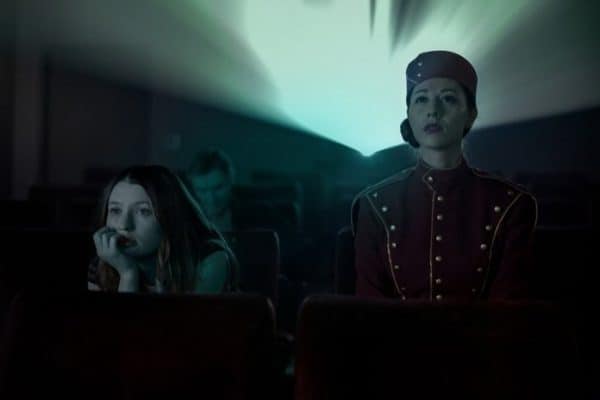 As it visually alludes to empowerment both through race and gender American Gods also has something of worth to say about social issues. Bilquis is the embodiment of this alongside Laura in her desire to be recognised as universally relevant. By personifying pivotal black women throughout history, in what some might consider to be a visual flourish rather than pertinent point this is starting to feel like the American Gods of old. Bold, brash and subversive in its use of imagination, rather than ticking over in neutral and going through the motions.

With the addition of Blythe Danner’s Demeter, we also have someone who can go toe to toe with Ian McShane and not be overshadowed. His lascivious charm and roguish advances are more than matched by her savvy indifference. In the few scenes they share his persona is kept in check and tempered by an actress of distinction. It also offers a moment to step back from the visual assault which defines American Gods and reflect for a moment. Not only does this episode potentially suggest a return to form, but also gives the diehard fans who remain something worth investing in.