There is an inherent theatricality to Servant which makes it unique. Mainly limited to a single location and viewing the outside world through televisions or smart phones, it remains intentionally two dimensional. By restricting the principle players to an opulent brownstone townhouse, audiences become vicarious observers on its occupants Dorothy and Sean Turner. Prowling from room to room and making judgements without consequences, atmosphere is everything.

Sitting somewhere between a thriller and haunted house melodrama Servant makes exceptional use of silence. Conversations feel claustrophobic, performances gain layers of nuance and human weaknesses are easily exposed. Having three accomplished actors at the centre of this contemporary character piece, only serves to elevate tension and add depth. 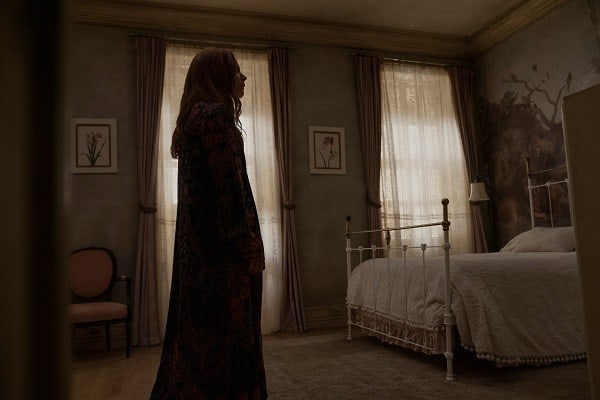 Simultaneously understated and hysterical, Lauren Ambrose creates a maelstrom through Dorothy around which others orbit. She is by turns inconsolable, petulantly vengeful and disarmingly maternal. That Dorothy starts from a position of emotional instability, yet masks these alarming characteristics behind an impenetrably professional facade remains terrifying. That the house itself is also an extension of her picture-perfect deception, only serves to underline Servant’s preoccupation with human behaviour.

Her husband Sean, played with measured restraint by Toby Kebbell, is slightly more subversive in dealing with his darkness. Cloaking his misgivings behind a litany of self-harm, brooding guilt and relationship infidelities, Sean is a powder keg of neurosis. That he is unable to communicate with a partner who talks to people for living, proves not only ironic but hints at an inherent disconnect between them as a couple. Baby Jericho is the essential link which binds them, both in their desire to deceive each other and those around them. 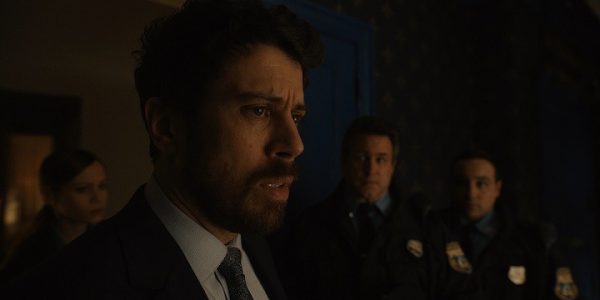 For season two, writer and creator Tony Basgallop is joined by Nina Braddock, who cut her teeth on programmes including The Sinner and Berlin Station. M. Night Shyamalan remains tonally present even if directing duties have been taken over by other people. However, beyond the draw of an A-list writer director Servant’s genuine star remains Rupert Grint.

Having eradicated the memory of Ron Weasley forever with his portrayal of Julian Pearce in season one, season two only confirms that this was no one off. Plotting, cajoling and coercing his way through episode after episode Julian orchestrates events in an effort to cover his tracks. Similar to both Lauren Ambrose and Toby Kebbell, it is a portrayal which shows audiences everything but reveals nothing.

Throughout season two intentions, motivations and agendas are shrouded in mystery. Nowhere is that more apparent than in the appearance of Leanne Grayson, who offers up a blank canvas of rigid compliance. With accusations being offered up, hysteria mounting over spiralling events and clarity intentionally withheld, season two kicks into gear late on. Before then it is a waiting game, defined by breadcrumb trails and abstract connections elaborately interconnected.

If minor character moments, occasional flashbacks and concise exchanges over an eerie soundtrack will satisfy, then audiences should be entertained. However, if you like your drama more transparent and explosive then Servant might prove a touch pedestrian. That being said, what these elegantly contrived half hour character dramas do offer is subtle complexity driven by story. By examining the disconnect between our personal lives and public faces, Servant questions our global reliance on technology for information, whilst dissecting that in relation to a desire for wealth and status. A strategy which ensures that when audiences do walk away, they leave with something of substance worth considering.

Servant season 2 is available to stream exclusively from January 15th.