Future State: Aquaman #1 is out this coming Tuesday; get yourself an early sneak peek at the issue here with the official preview from DC Comics… 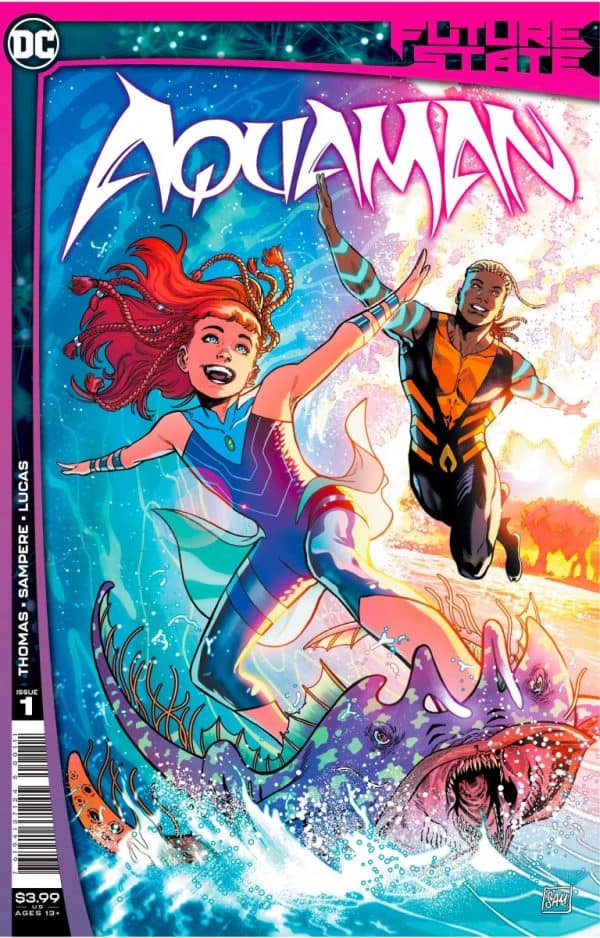 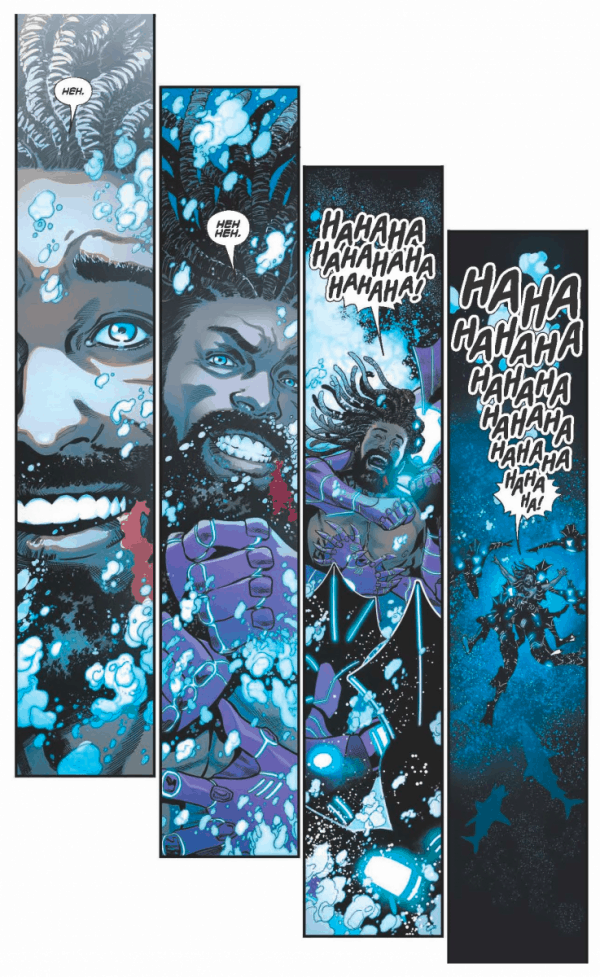 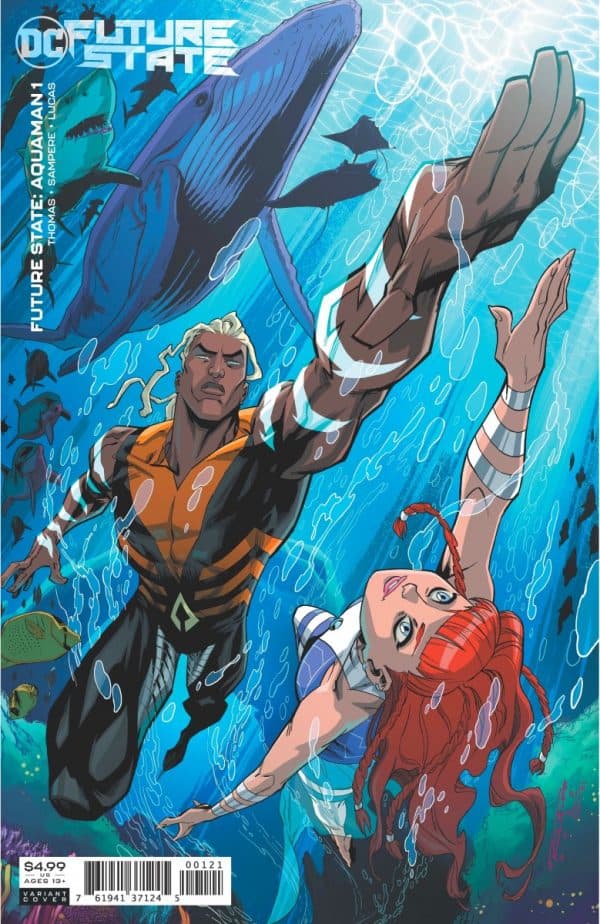 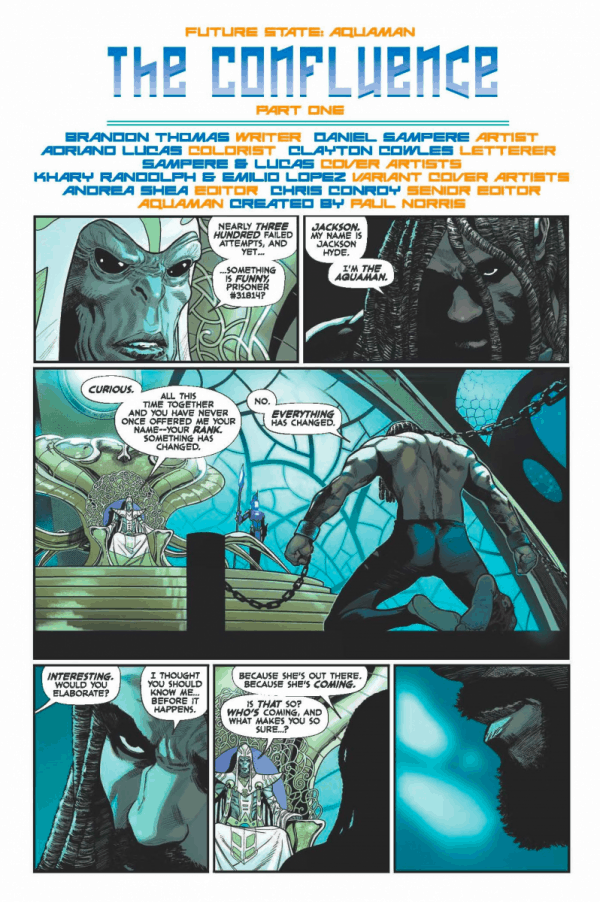 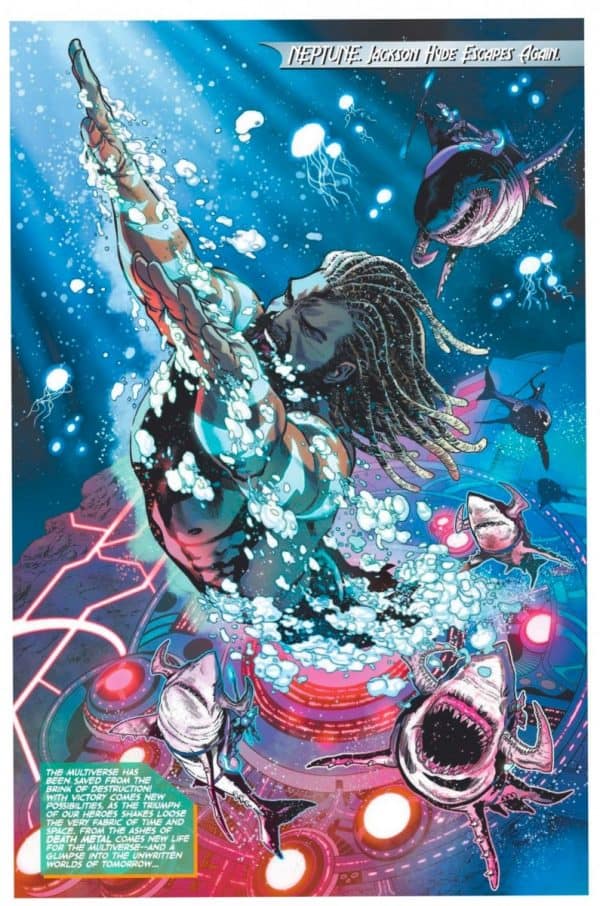 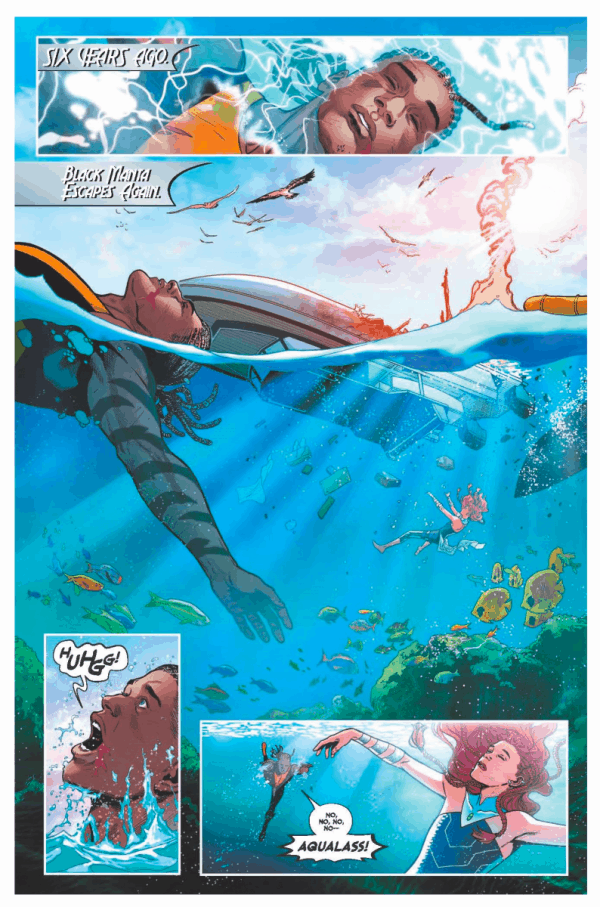 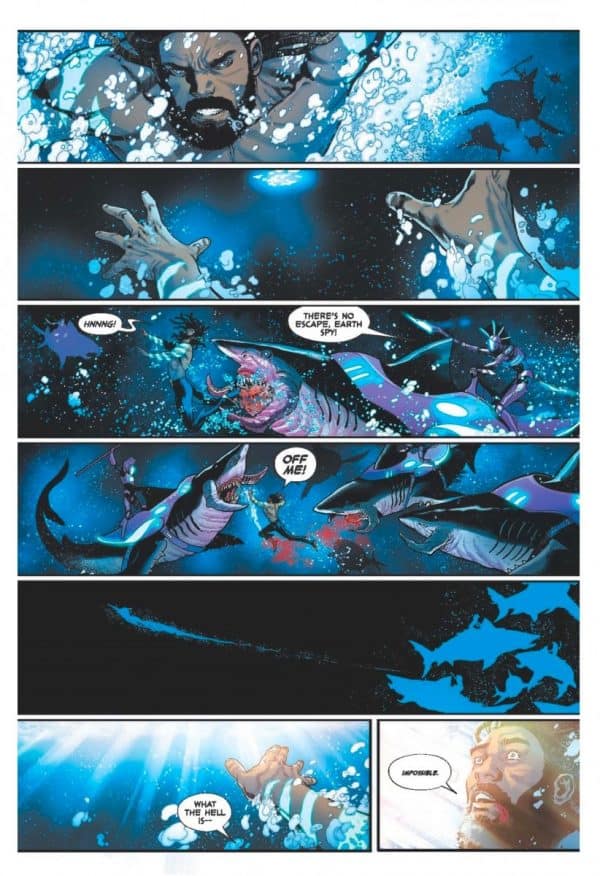 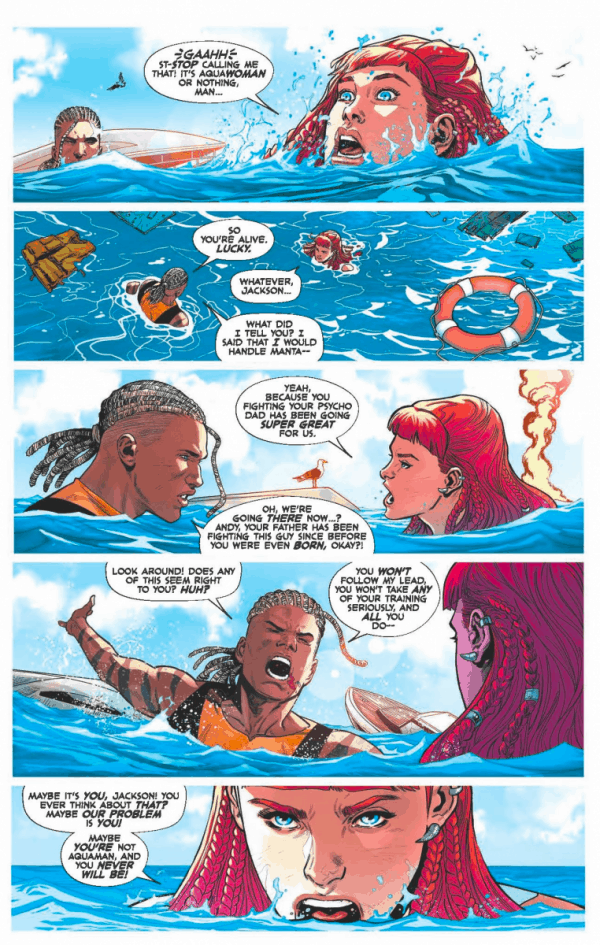 When Jackson Hyde accepted the mantle of Aquaman, he didn’t expect to also have to mentor Andy Curry, Arthur and Mera’s teen daughter. Nor did he expect that he and Andy would get sucked into the Confluence-an interdimensional nexus that connects distant planets and galaxies through the One Great Ocean. And he certainly didn’t expect to lose Andy in the process of trying to find their way back home. Now Jackson’s not sure how long he’s been stuck in a prison on Neptune (five years?) or how many times he’s tried to escape (200 at least!). But today Jackson saw something in the water that gave him hope for the first time in a long time-and his captors have no idea what he’s got in store for them.