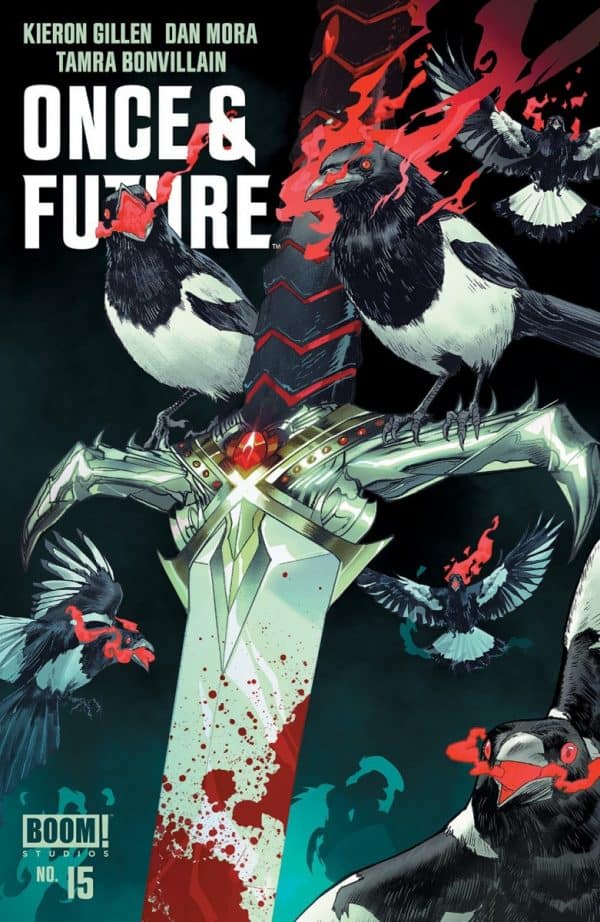 As we step back into this beautifully drawn and coloured story, we pick up where the last issue left off. We have Rose at gunpoint from “Nimue”, Duncan’s mother, while across the country Bridgette and Duncan are investigating the old family house for clues.

This issue certainly put a spotlight more on the character of Nimue, or Mary, and her deeper role in the story. The issue is focused more around her backstory from both parties’ points of view, while piecing together what exactly is the next step in the journey for everyone.

The great thing about this wonderful series is that the overarching story is already there if we use Arthurian legend as the blueprint. The stories of the “Fisher King”, the “Knight in Green”, and the story of “Lancelot” are all well documented. The clever part of this comic is how all of the threads being overlapped onto specific people appear to recreate, iterate, improve or even change the stories outcome to a certain degree. The way in which they appear to be putting multiple roles from history onto Duncan would suggest that down the line there will become a time where he is incredibly overwhelmed by the amount of legends he faces at once.

The story in this issue in particular does lead us to more allies…. potentially. This tease comes at the very beginning and end of the issue, which I did enjoy as the three do appear to be woefully outnumbered by this point. The reveal of Nimue’s action was a rather horrific twist to the tale, while showing that her sacrifice has definitely made her a stronger character who has no lack of determination.

The character development has been a long time coming, yet in this particular issue, has transformed the third arc into a very strong story driven plot which I have missed since the first arc. The story is less about flashy fight scenes and more about the story.

Overall this is a strong issue, one of my favourites possibly as we start to understand the motivations of characters more. Even a simple act from Duncan stepping up to Bridgette was a fantastic piece of development. The direction this story is going will make for some great cliff-hangers, unexpected changes and lots more Arthurian legends to be told.