The Caped Crusader and the Mystery, Inc. gang are set to team up once again this April as DC launches the new all-ages digital first series Batman & Scooby-Doo Mysteries. 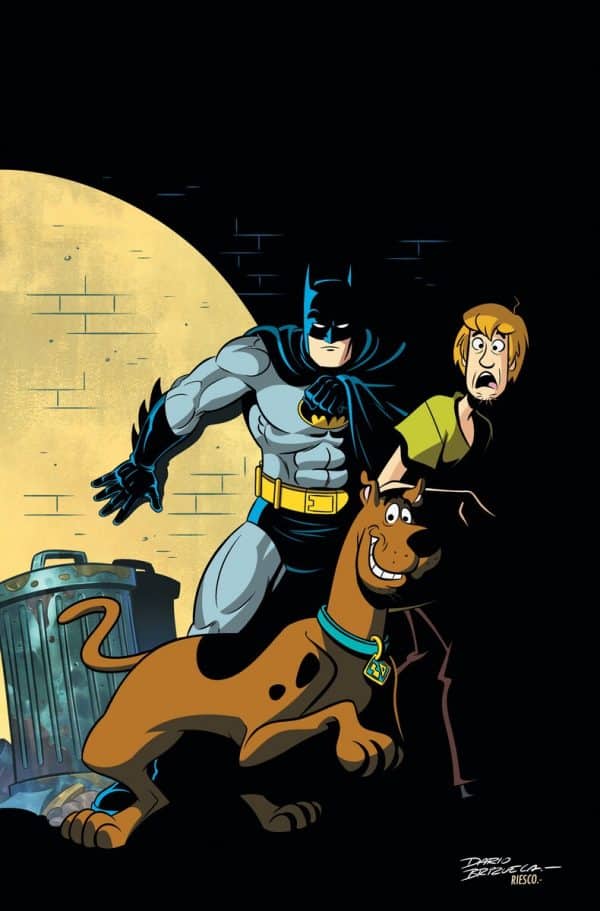 Written by Ivan Cohen and Sholly Fisch with art from Dario Brizuela and Randy Elliott, Batman & Scooby-Doo Mysteries teams the Dark Knight with Scooby-Doo and the sleuths of Mystery, Inc. (Shaggy, Velma, Daphne and Fred) for a series of 24 digital chapters, which will also be collected in 12 print issues. Here’s the official solicitation for the first issue:

In the kick-off story by Ivan Cohen and Dario Brizuela—an adventure when Batman discovers his original purple gloves have gone missing—Velma, Shaggy, and Scooby-Doo travel back in time to Batman’s Year One era to solve the case! Will this time-traveling heist have a happy ending? Batman & Scooby-Doo Mysteries #1, “Glove Story,” written by Ivan Cohen with art and cover by Dario Brizuela, begins with the first of two DC Digital First chapters on March 27 followed by a print issue collecting the same story on April 13.

And to continue the Scooby-Doo team-up tradition established in over a hundred chapters of Scooby-Doo Team-Up, in the second big Batman & Scooby-Doo Mysteries story writer Sholly Fisch and artist Randy Elliott have Scooby-Doo and Batman team up to solve the mystery of a ghost…who’s haunting the Batcave! Even if the ghost turns out to be a fake, that still doesn’t solve the real mystery: How did someone get into the Batcave to stage the phony phantom—and does that mean Batman’s enemies have cracked the secret of his true identity?! Batman & Scooby-Doo Mysteries #2, “Going Bats,” written by Sholly Fisch with art and cover by Randy Elliott, arrives in print on May 11 after digital chapters beginning on April 24. 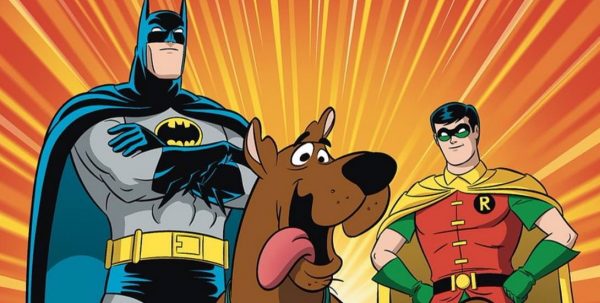