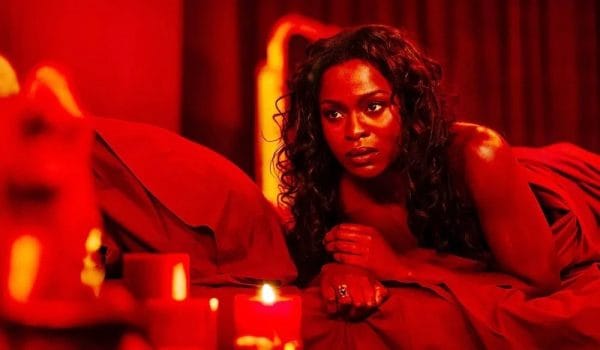 Nigerian-born American actress Yetide Badaki plays the unforgettable goddess Bliquis on American Gods. Badaki, who has also written and produced the indie film In Hollywoodland continues to challenge herself and remains aware of how her roles and projects can impact others around her. Flickering Myth caught up with Badaki to ask her questions about the new season of American Gods, portraying a goddess, and whether she really wants to play Marvel’s Storm in the future…

What can you tell us about the new season?

Okay, I’m going to try and do this without any major spoilers. But I can say that when we start the season, we find Bilquis; she’s taken two steps forward and taken a step back. She’s going to feel the walls closing around her as she’s starting to feel the labels that others want to put on her. There are so many beautiful journeys that occur that we see in all of the characters; Shadow, Moon, Technical Boy and Laura Moon. They are all on the journey of self-discovery. We will see Lyesmith take her on a journey that reminds her that she is an amalgamation of all those beforehand. She’s reminded that our ancestors are literally in our DNA.

How do you prepare to play a goddess?

Interestingly, it is learning more about the human condition. The gods and goddesses are just a distillation of human belief. So to prepare there was a myriad of things I would do. I would look at many of the present-day goddesses (such as) Tina Turner or Grace Jones. There also is a lot of exploring the different ways that people connect to each other and the ideas of women and history. You know, part of it is the music that I had listened to before each scene. It was wonderful to be able to play with something that I’m very familiar with as an immigrant, but the idea of code-switching from a goddess that has lived through Egypt who has experienced so many different sounds and dialects. There were moments where she was more connected with her past and her ancestry, but they were more deep and resonant. And the tonality is different from another moment where she may not be feeling as anchored. 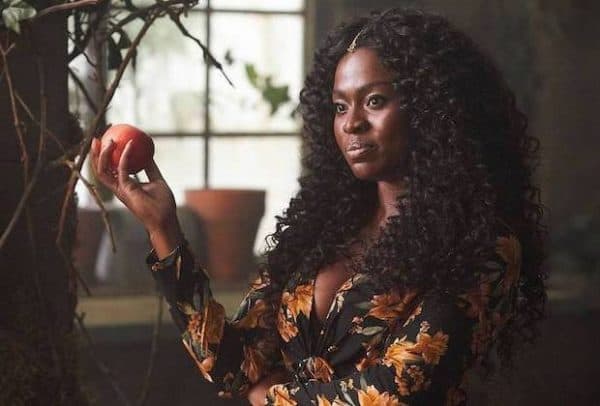 I think what’s very interesting right now is the time that we’re living in. One thing that’s been incredible about American Gods from the very first season is that it’s been almost prescient in the way that it puts its finger on the pulse of what is occurring in our world. One of the things that we’ve been doing right now is examining our foundation. We are seeing the many inequities that occur within that we’re seeing the places where we have failed. I feel deep gratitude that we are finally facing this issue.

Now, you have spoken before that you’re working on a personal film project, how is that going?

I’m overjoyed, actually, with that. Like my personal. There are several different things that I’ve been working on. But the first project that I’ve got to produce and write on and also perform is called In Hollywoodland. So we’ve part of the American Black Film Festival, part of Geena Davis’s Bentonville Film Festival, Hollyshorts and it’s really taken us on a wonderful journey. That’s something that I’ve been very grateful for, as we’ve been looking forward to American Gods. 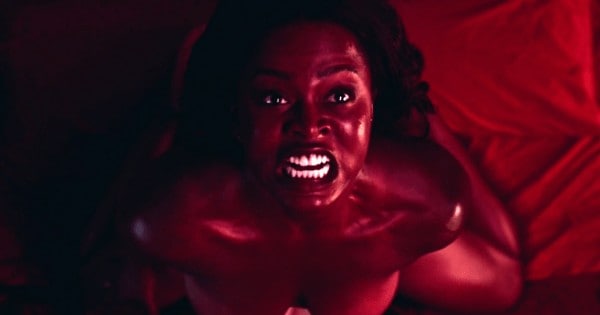 Do you still want to play Marvel’s Storm in the future? What is it about the role that appeals to you?

The short answer is yes, absolutely. The journey that we get to see with Storm the depths that we haven’t even begun to explore yet. I feel like as a woman, we’re often pushed into boxes pushed into places that are too small for us, because of the large gap that we are, we are giants, we have universes within us. I think that Storm represents so much of all of that and it would be an absolute joy to be able to play that role.

What are you reading?

I have been loving and rediscovering Octavia Butler’s Wild Seed. So I want to get through the library of her work. That would be something that I would be working towards. I sometimes read three books at a time knowing that I already am reading one. Nnedi Okorafor is always on my list. I love her Africanfuturism and just sci-fi and fantasy in general.

Many thanks to Yetide Badaki for taking the time for this interview.