In an exclusive interview, Flickering Myth sat down with LA-film producer Natalé Olsen and actress Sabina Friedman-Seitz to talk about working on comedy-horror film Fingers out now on Shudder TV and their upcoming projects. 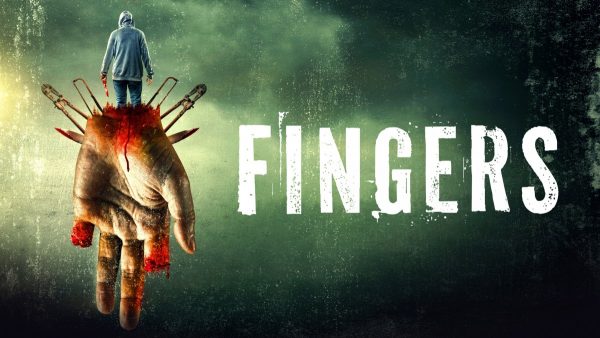 C0n you tell us how you guys met and what pushed you to partner on future projects together?

Natalé Olsen: We first officially met on the set of Fingers. Sabina had worked with our director Juan Ortiz on The Florida Project where he first shared the script with her.

Sabina Friedman-Seitz: And we realized how much we had in common. At the time, we were both living in New York but going back and forth between the coasts, and then a year later we were both again based back in LA and living in Sherman Oaks, quite near each other.

Natalé Olsen: I think we really hit it off because she’s a terrific actress, but also has such a firm understanding of the industry from the other side of the camera.

Your first film working as a team, Fingers, is out now on Shudder TV and beyond. Can you tell us about that movie?

Natalé Olsen: Fingers is just bonkers from start to finish. It focuses on Amanda, played by Sabina Friedman-Seitz, who has a number of truly offensive phobias. She coincidently runs a mental health app business with her husband. One day, her employee Walter shows up missing a pinky and she loses it – like, she is completely offended by his grisly dismemberment. Her sister-in-law suggests a shady therapist who does a form of immersion therapy and it just goes south from there – Amanda’s perfectly polished world merges with Walter’s and she finds herself in the middle of a weird, organized crime ring.

Natalé Olsen: While Fingers is easily a dark comedic thriller, it also reflects on mental health and, in freakishly satirical terms, how the fear of what’s different than you can consume you.

Sabina, as the lead actress in the film, can you explain your character and how did you prepare for the role?

Sabina Friedman-Seitz: Amanda is full of phobias and crippling anxiety and she projects these phobias onto other people. She believes everyone else is the problem, when, in fact, she herself is one of the problems. I can’t relate to the specific and horrible phobias Amanda articulates and the ways in which she handles them, but I can absolutely relate to the fact that she is full of irrational fears. I’m an incredibly anxious person; in particular, I have an at times debilitating phobia of elevators that gets in my way. So, I focused on and channeled this abject panic into Amanda’s body throughout the story, and through the arc of the story I turned this terror into her anxious determination that ends up driving her.

As a producer Natalé, can you share some of the highs and lows from the set?

Natalé Olsen: Sure! We decided to shoot Fingers during late summer in Florida, so we had our fair share of heat and humidity melting gore effects. We also filmed in suspect locations like a junkyard, so making sure bathrooms were acceptable. I would say the biggest challenge we encountered was the bear trap scene. Not to give too much away, but our actor gets their leg caught in a bear trap during one scene. We actually purchased a real bear trap and planned on setting it and faking the drama, but when the trap arrived it was insane. This huge, metal, sharp, heavy trap – I boxed it up and sent it right back. There is zero insurance in the world that would cover one of us to set it let alone get ‘caught’ in it. Luckily, there is this awesome set designer in Orlando, Matthew Naumann, who randomly knew where we could borrow a realistic looking trap made from foam. I think it was a Universal Studios Halloween Horror Nights prop and it worked out.

Sabina, what and who inspired you to become an actress?

Sabina Friedman-Seitz: I think my young love for British comedy was one of the first inspirations for me — I adored Fawlty Towers when I was little. I was also obsessed with The Beatles at the time, and I fell in love with them even more after watching them joke around in their movies A Hard Day’s Night and Help. I was a voracious reader as a child (I would read P.G. Wodehouse under the table during playdates), and so my love for good stories evolved into my desire to embody these stories and be a part of telling them myself.

Natalé, we understand you work at Disney Studios, why did you decide to get involved in producing independent films outside of your regular work life?

Natalé Olsen: I think there is a desperate need for new voices and authentic stories, stories people can relate to, and the independent film world welcomes that and gives it space to bloom into something great.

More recently you have both worked on Kimi Lee Howl’s ‘Kama’āina’, which has played in over 70 plus film festivals – congratulations! Can you explain your involvement in the project?

Sabina Friedman-Seitz: I was a producer and an actor on the project. I helped run rehearsals with our incredible lead, Malia Kamalani soon, and I read early drafts of the script. I was on set in Hawaii and balanced my on-and-off camera duties throughout filming. I looped in Natalé because I know she’s incredibly passionate about telling stories that matter and has a deep understanding of independent filmmaking.

Natalé Olsen: Totally, I joined this right at the top of filming and was really moved by the work and research Kimi and the team had put into this project. The team faced some last-minute production hurdles that I was happy to help solve. Post-production was on a very compressed timeline, so I was able to accelerate that. We’re just really excited and proud of how well it has been received.

As a female partnership, are there any actors or directors you would love to work with in the future?

Natalé Olsen: I’m very interested in director B. Monét. I really like her aesthetic and I think it is definitely time that a larger audience hears her voice. Annabelle Attanasio. She just did Mickey and the Bear and I can’t wait to see what she does next. Emerald Fennell as a director is a vibe. I would also love to work with Taika Waititi. He strikes a great balance between fun and serious while telling enchanting stories.

Have you both been able to stay busy during the pandemic?

Sabina Friedman-Seitz: I’ve been lucky to have a creative project that has kept me artistically busy and excited throughout much of the pandemic. It’s an immersive Instagram piece in which I play faux wellness influencer “Cassandra Clemm.” The story is written by Chloe Cole and directed by Anna Miles exists and plays out on the app itself, on the @cassandra_clemm Instagram account page. We’re scrutinizing and satirizing the contradictions of influencer culture and the performed vulnerability and toxic positivity we see so frequently on these accounts. One of the most exciting aspects of the project has been using the medium of Instagram itself to find different ways to define and envision storytelling.

Natalé Olsen: I went back to set pretty early into the pandemic since I also produce commercials. Fleshing out safe on-set Covid-19 practices has been a huge task. 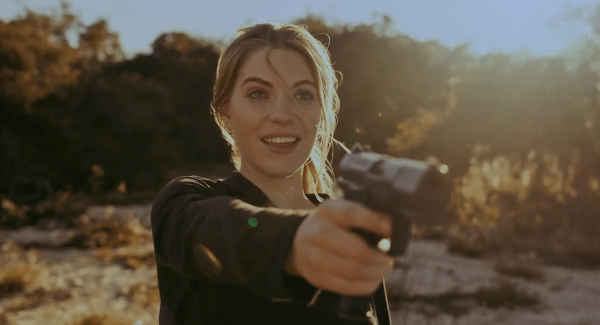 Is there a specific type of genre you want to work on together?

Natalé Olsen: Honestly, if the writer is authentic and has a unique point of view, I want to hear their story. Natalé Olsen matter the genre. I lean towards satirical slashers or dark comedies with some significance. I was raised with Wes Craven and R.L. Stine influencing my genre taste buds, so camp is my aesthetic, but I’m also a sucker for coming-of-age stories. I love a good internal monologue over action moment. Who doesn’t?

Sabina Friedman-Seitz: One thing that draws us to each other is the desire to be a part of telling stories that have a social message within them. For me, campy thrillers and bleak comedies are two of the most fun and impactful ways to approach that, both as a viewer and an artist, so I completely agree with Nat.

Natalé Olsen: I’m working on a few projects with Disney and, separately, trying to option the film rights to an obscure board game we used to love as kids.

Sabina Friedman-Seitz: Juan (Ortiz — the director of Fingers) and I are developing his next script for the second feature we’ll collaborate on, hopefully shooting this year.

Our thanks to Sabina and Natalé for taking the time to do this interview, as well as Liz Rodriguez from EMR Media for helping us with the interview. Catch Fingers out now on all platforms everywhere.