Marvel has announced the upcoming release of Women of Marvel, a giant-sized special celebrating the female heroes of the Marvel universe and spotlighting iconic characters from the X-Men to the Avengers in a collection of tales by an all-female lineup of creative talent. 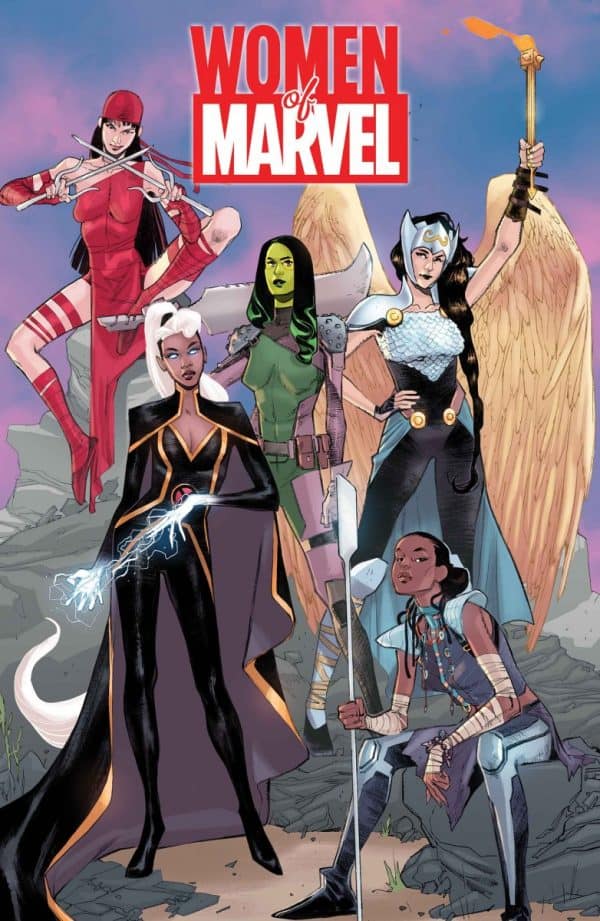 “I’ve always loved the Women of Marvel program for the way it opened the door – it said to women everywhere, this fandom is for you,” said editor Sarah Brunstad. “There have always been powerful women in comics – and behind them, writing and drawing and editing and reading them – but spotlighting those characters, creators and fans felt like someone reaching out their hand. So it’s with great gratitude that I curated this special one-shot.”

“The women in this special are powerhouse creators from all over the place; it’s truly a celebration of Marvel Comics and a love letter to the women who paved the way,” Brunstad continued. “These stories are bold, bombastic and big-hearted in the best ways. I can’t wait for people to read them and get a little glimpse of what the future of comics has in store.”

Kicking things off will be comics legend Louise Simonson with a must-read introduction. Simonson will be followed by some of the hottest rising stars in the graphic novel industry. Nadia Shammas punches the glass ceiling with an action-packed She-Hulk adventure, Elsa Sjunneson grits her way to the front line with a tale about Captain Peggy Carter, Sophie Campbell goes feral with a bone-grinding Marrow story, video game and comics writer Anne Toole gets gritty in the streets of Hell’s Kitchen, and Natasha Alterici of Heathen fame charges sword-first into the Marvel Universe with a revelatory tale about Rogue and Mystique. With astonishing art from new and established artists Kei Zama (Transformers, Death’s Head), Eleonora Carlini (Power Rangers, Batgirl), Skylar Patridge (Resonant, Relics of Youth), Joanna Estep (Fantastic Four, Fraggle Rock) and more, readers are sure to come away powered up and ready to slay.