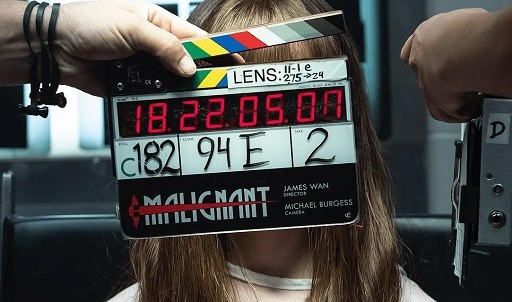 It’s a rare treat to be discussing a movie that we know next-to-nothing about, but that’s the case when it comes to James Wan’s Malignant, which finds The Insidious director returning the horror genre after playing with expensive toys on Aquaman and Furious 7.

However, thanks to Wan’s Instagram account we at least have an idea about when we’ll get to unpack the mystery, with the director revealing that having finished the movie last week, Malignant would be released in cinemas and on HBO Max on September 10th, 2021.

What little we do know is that Malignant has been given an an R-rating for “strong horror violence, gruesome images, and for language” and that it stars Maddie Hasson (Mr. Mercedes), Annabelle Wallis (Peaky Blinders), Jake Abel (Percy Jackson), George Young, Michole Briana White (Courage Under Fire), McKenna Grace (Gifted), and Jacqueline McKenzie (Deep Blue Sea) in a film which Wallis has described as “brave” and “genre-bending”.