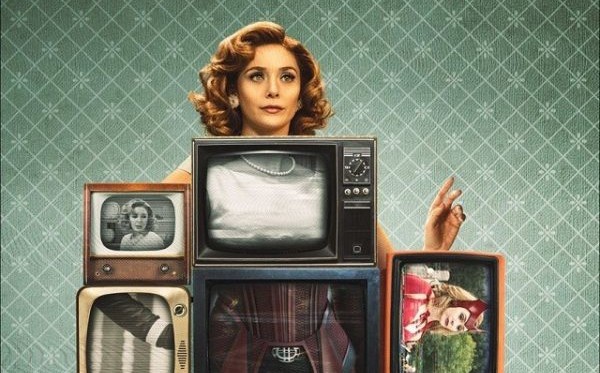 The Stepford Wife façade which underpins episode two is stranger for its adherence to normality than anything else. West View feels like an intricately constructed Norman Rockwell township, where everything is perfectly polished. Where neighbourhood watch meetings and small-town talent contests take precedence over anything else. Thankfully Wanda and Vision are the reality check in this monochromatic world of domestic bliss.

Beyond the sanitised safety of Fifties television, what WandaVision provides is a platform for Paul Bettany and Elizabeth Olsen to shine. This subtle style of comedy is an art form and one which shows of that era were shaped around. Considering communism was a silent threat and slowly dismantling America from the inside out at this time, it is little wonder WandaVision remains optimistic. Domestically it was also a time of burgeoning civil unrest amongst racial minorities, which ran in direct opposition to any mainstream entertainment. America was not only in denial but deeply suspicious of friends and neighbours. 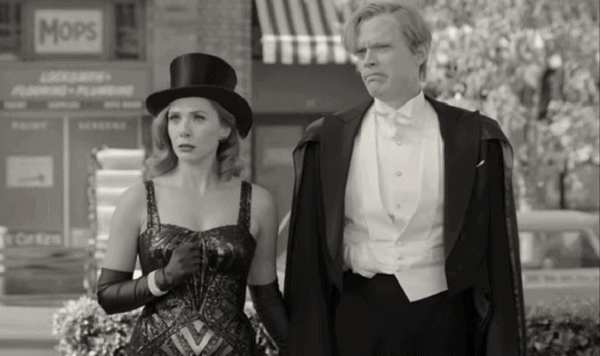 Marvel have embraced these elements and incorporated them without breaking sweat. Much of the comedy comes from a desperate desire to blend in with something which is so painfully superficial. Tonally writer Jac Schaeffer drip feeds multiverse elements into this safe little sitcom, either through infomercials or unique splashes of colour. By employing the unique gifts of our duo into plotlines, WandaVision fast becomes its own hybrid.

As events ramp up and perhaps morph into something more familiar, it would be worth paying closer attention to episodes one and two. What has become apparent even after only one hour is that WandaVision is special. It stands out precisely because Marvel have focused on era specific details. In terms of production design there is a desire for uniformity and minimal flamboyance, which purposely trickles down to premise. 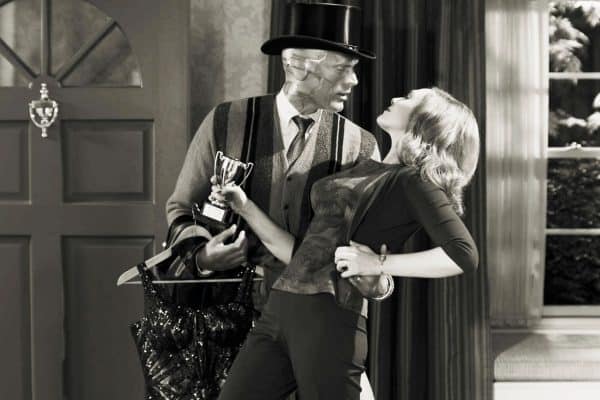 High end visual effects are used with subtlety providing context rather than attempting to wow audiences. Sitcom dynamics sit in opposition to other tonal shifts, meaning that sometimes character moments are superseded by visual story telling. By drawing on both I Love Lucy and Bewitched, Marvel have embraced the fish out of water mainstay whilst weaving in their own agenda.

An inherence to story, character and set piece finales may well be the studio calling card, but WandaVision reveals something new in their arsenal. A desire to move beyond the marquee mentality of blockbusters by acknowledging the power of television. Only through passion for any subject matter can imitation be considered the sincerest form of flattery. What Marvel may have achieved with this off-kilter homage, is not only an evolution in terms of brand but an abject lesson in retrofitted entertainment.