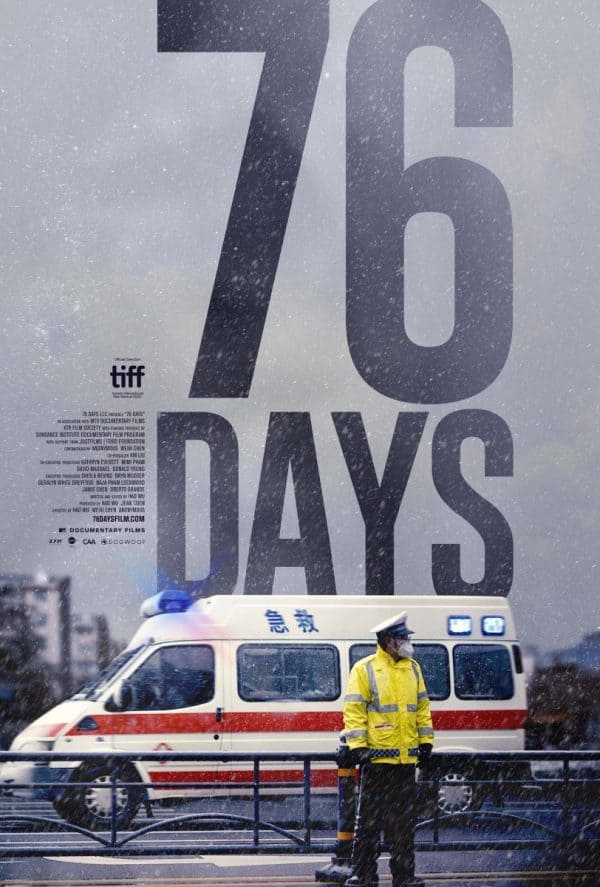 Wuhan province was locked down for seventy six days; this documentary explores what happened. 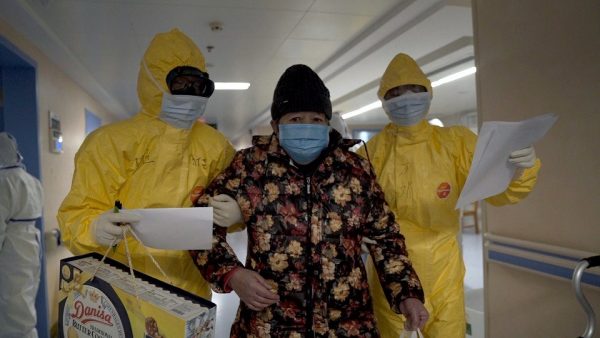 This frank and brutal boots on the ground documentary concerning COVID  is uncompromising. It puts the audience in close contact with those who experienced this virus, before anyone knew what they were dealing with. Although 76 Days has named directors it also has participants who remain nameless for a variety of reasons. Life in Wuhan, itself part of the Hubei Province, is dictated by Chinese law meaning material of this nature would never normally see the light of day.

People have been imprisoned for giving the outside world a broader understanding of how this virus started. Only after the death of the doctor who tried to warn other countries, did China ever admit there was anything wrong. A factor which must be taken into consideration when watching this ground zero expose, replete with emotional heft and moments of human revelation. 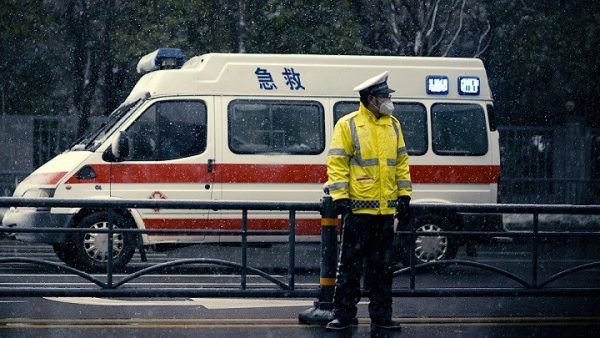 Devoid of expression and submerged beneath visors, body suits and vinyl gloves the staff  are unrecognisable. When Wuhan locked down on January 23rd 2020 there was understandable panic, an essential implementation of contamination protocols and fear. 76 Days reveals the efficiency, order and discipline required to contain COVID, whilst giving this pandemic a human face. Hospitals struggled to cope, the elderly dropped like flies and doctors attempted to manage the spread without complaint.

Hand held cameras capture every emotional wrench, every subtle moment of kindness and sombre second of resignation. 76 Days is most effective when exploring the human cost of a pandemic on individual lives, both for better and worse. At no point does this feel like a watered down version of what actually happened. Neither do the film makers choose to trivialise events in order to emotionally manipulate or mislead audiences. 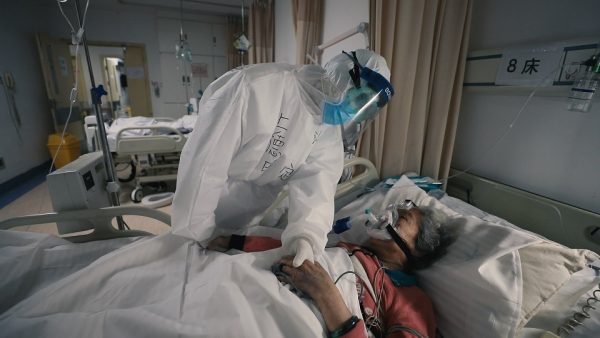 What emerges most quickly is the realisation that other countries including the UK failed to take it seriously. Once audiences witness staff being sealed into full body suits, donning gloves and spending twelve hour shifts trapped beneath googles the point should hit home. People in Wuhan never went to a supermarket but instead had their provisions delivered by government forces. People in Wuhan were never given the option to bubble or make a government back down by bitching and moaning. Leniency in relation to COVID was never an option and the population of Wuhan knew better than to ask. Without identification they were unable to get anything, while each one was individually tracked through their mobile phones. Personal freedoms were jettisoned in order to isolate the spread and limit infection rates.

That COVID is still fighting fit and prevalent across the globe in every country apart from New Zealand, points towards the inadequacies of governments to react. Alongside that it also underlines the public apathy towards anything which infringes on their freedom of choice. What 76 Days illustrates are the consequences of being conceited enough to think this fails to apply to everyone. This should be mandatory viewing for those who still think the coronavirus is a man made media exercise, designed to make pharmaceutical companies rich while economies flatline.