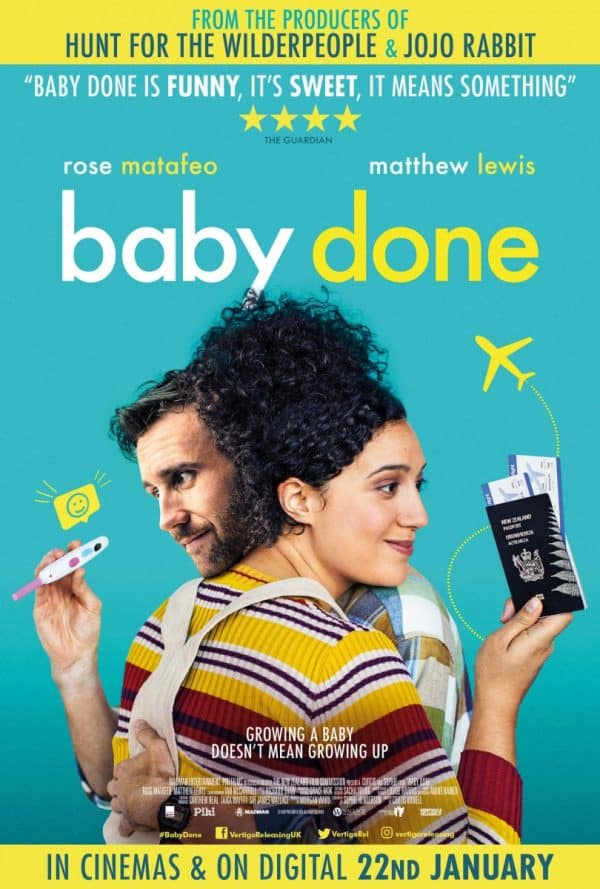 An adventurous woman finds her risk-taking life challenged when she discovers that she has fallen pregnant. 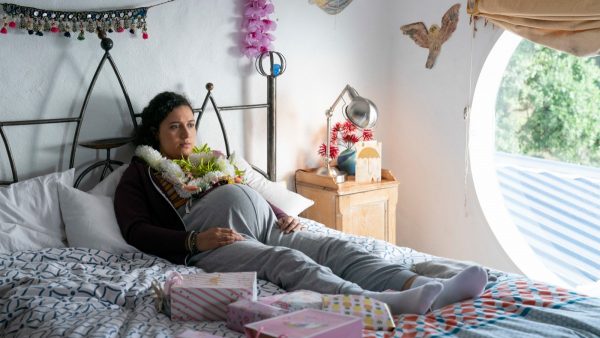 Anyone who is currently childless in their 20s and 30s will know the gradual build-up of peer pressure. Everyone you know is either married, getting married, buying a house, pregnant or already parent to a brood of snotty sprogs and some slobbering pets. Even if you want those things eventually, there’s a passive aggressive assumption that the fact you don’t have them already shows some sort of life deficiency.

Director Curtis Vowell’s new Kiwi comedy Baby Done – exec-produced by Taika Waititi – captures that horror perfectly, with couple Zoe (Rose Matafeo) and Tim (Matthew Lewis) arriving at a twee gender reveal party to discover they’re possibly the only people there without babies either inside or outside of them.

The catch, though, is that Zoe is actually pregnant. She visited her doctor in secret to find out and is concealing the news from Tim, worried he will force her to stop doing the things she loves. They’re both tree surgeons and she has a sideline in competitive tree climbing, not to mention the many extreme sports and risky pursuits she wants to carry out before settling down into responsible parenthood. When Tim does ultimately find out, they put together a list of things they simply have to do before the baby arrives. 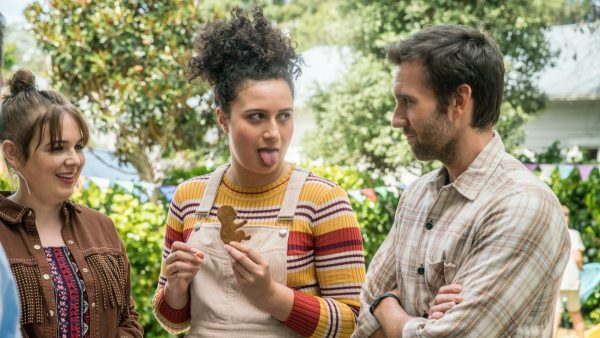 Naturally, things don’t go to plan, despite Zoe’s determination. Matafeo – a stand-up comedian and stalwart of British panel shows – is brilliant as a woman desperate to hold on to the life she believes is ebbing away. It’s a performance of steadfast stubbornness in which Matafeo’s deadpan delivery of acidic dialogue walks the fine line between likeable and infuriating. When her best friend Molly (a standout Emily Barclay) calls Zoe “a baby having a baby”, it’s difficult not to agree. Much of what Matafeo’s character does is indisputably wrong, but the performance has a sensitivity which keeps us largely on her side.

The same is true of Lewis, in one of his first lead roles since he made his name as Neville Longbottom in the Harry Potter movies. He’s charming to a fault in his puppy dog enthusiasm about fatherhood and his exasperation at Zoe’s refusal to accept responsibilities. As the tension between he and Zoe grows, the film flirts with giving Tim an inappropriate relationship with a single woman at an antenatal class (Olivia Tennet), but Sophie Henderson’s script – written during her own pregnancy – is smart enough to avoid this trap. The struggles this couple faces are entirely, and rightly, of their own making.

Baby Done has a refreshing frankness about its subject matter, never shying away from the uncomfortable realities of pregnancy. Credit must also go to its skewering of the male fantasy of threesomes, with one of the most awkward not-quite-sex scenes ever committed to cinema. The movie is at its best, though, when it allows Matafeo and Lewis to spit barbs at each other. It hews a little too closely to its rather generic story structure and feels slight overall, losing its gentle pacing in the third act with a rushed series of melodramatic twists and the baffling involvement of Nic Sampson as an internet “pregophile” with proper serial killer energy. 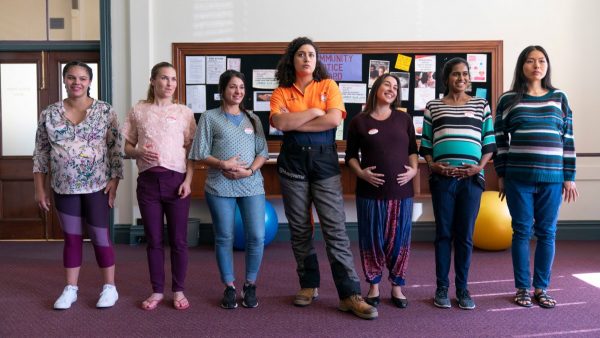 It occasionally falls into romcom tropes and suffers from never really digging into the heart of its characters, but that doesn’t prevent Baby Done from being a funny and frank take on unplanned pregnancy. Matafeo and Lewis excel in their roles and there are a handful of fun supporting turns. Fasitua Amosa, particularly, gets some great lines as Zoe’s obstetrician father. When comedy is the focus, the movie is on very sure ground – an uproarious confetti cannon joke is perfectly timed – even if the emotional beats don’t land with quite the hammer blow they should.

The film is very much a coming out party for Matafeo as a big screen star and, if there’s any justice, she’ll be leading comedies for many years to come. With the influence and Hollywood profile of Waititi spreading Kiwi comedy across the world, this is a very enjoyable example of exactly what the nation’s funniest folk have to offer.