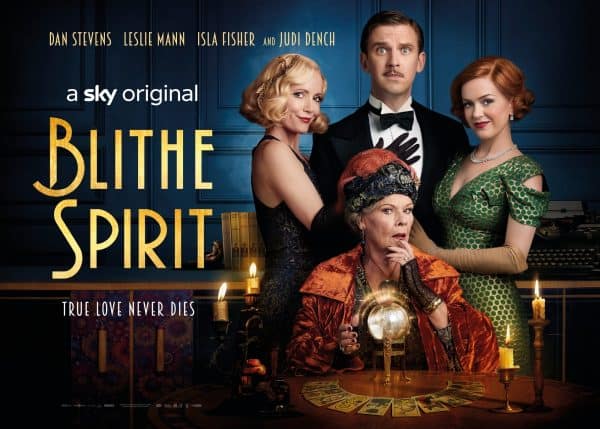 A struggling crime novelist experiments with a séance in search of inspiration, only to unwittingly summon the ghost of his deceased ex-wife. 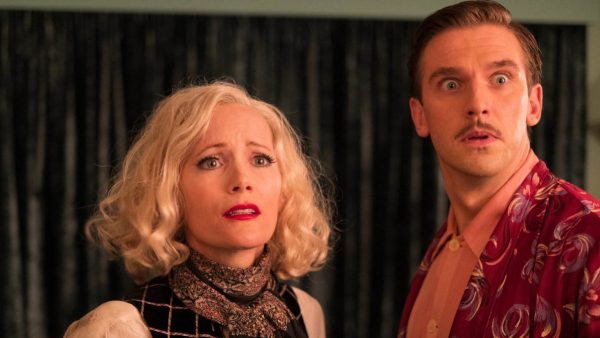 Writer’s block is a very real problem. Certainly, anyone of a creative persuasion who has struggled with a blank page in front of them will recognise the way in which 1930s-set farce Blithe Spirit introduces Dan Stevens’s crime novelist Charles Condomine – only able to hammer the word “HELP” into his typewriter. Perhaps less obvious is his plan to solve the issue. To giggles of derision from his wife Ruth (Isla Fisher) and their friends, he hires spiritual medium Madame Arcati (Judi Dench) to conduct a séance, hoping her tricks of the trade will inspire him to tell a supernaturally-inflected tale.

What follows is a frothy and chaotic farce, adapted from the Noël Coward play of the same name. The séance appears to fail, until Charles receives a visit from his late ex-wife and long-term muse Elvira (Leslie Mann). Nobody else can see her, and Elvira seems intent on winning her husband back by wrecking his new life – and helping him write another literary winner at the same time.

There’s no denying that director Edward Hall is having the time of his life here, emerging from a lengthy theatre career and some TV work with his first theatrical feature – albeit one arriving digitally via Sky Cinema after its multiplex release was delayed last year. He keeps the tone light and the action moving, refusing to simply allow the movie to sink into the inherent limitations of its stage-bound predecessor. The vivid colours and stark lighting of Ed Wilde’s lensing lends the movie a fantastical feel which perfectly suits the spooks and silliness of the plot. 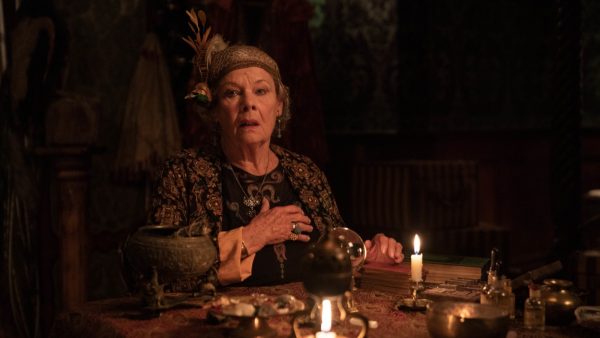 So with all of that said, why is the movie so unsatisfying? The fault certainly doesn’t lie with the performers. Stevens gives his best Rowan Atkinson homage, while Leslie Mann vamps up a storm and Fisher knows exactly when to crank up the dial on her hysteria. Judi Dench is underused in what is ostensibly one of the showier roles, with Madame Arcati largely playing second fiddle to the life and death love triangle. She’s sadly given little to do outside of speaking in tongues and espousing supernatural nonsense with an admirably straight face.

The issue largely comes down to the script, which simply isn’t sharp or witty enough. Nick Moorcroft, one of three credited writers, has previous credits including Fisherman’s Friends, Finding Your Feet and St. Trinian’s. His stock in trade is undemanding and cuddly British fare, which is often very entertaining. Sadly, Blithe Spirit calls for a bit more edge and a willingness to push the story’s darkness. Even when the stakes get higher and lives are threatened, the movie never feels dangerous enough.

Ultimately, the very lightness and froth that initially makes Blithe Spirit such an enjoyable experience eventually leads it to peter out into almost nothing. With a keener blade and a more incisive script, it could have overcome the cartoonish poshness of its milieu to become something with a bite capable of appealing beyond the midweek tea and biscuits crowd. So while this take on Blithe Spirit remains an enjoyable and silly ghost train ride, it ultimately evaporates in a haze of deeply forgettable ectoplasm. 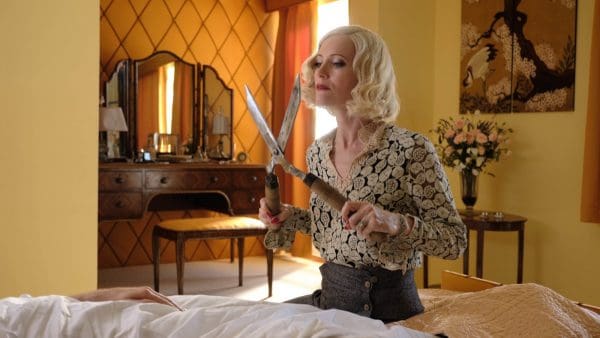