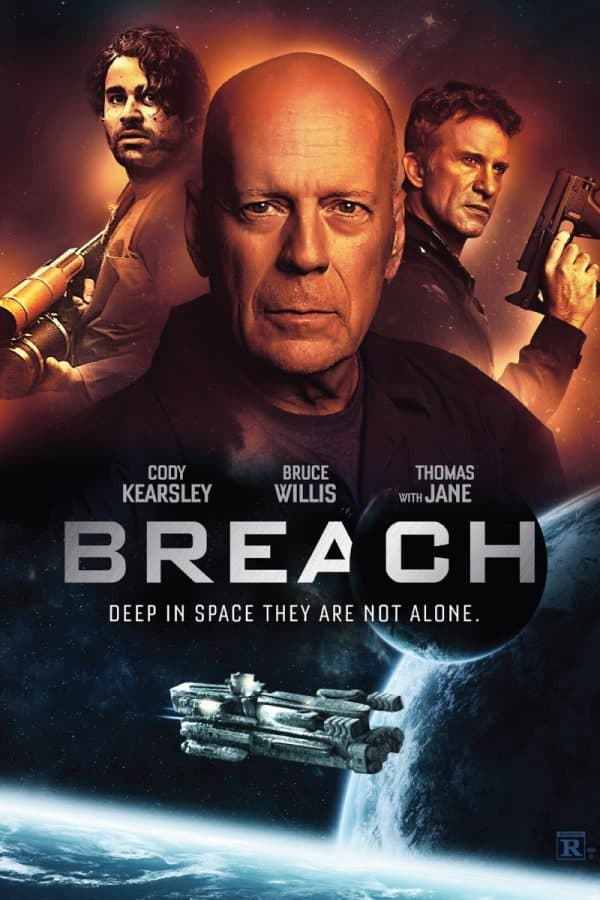 On the cusp of fatherhood, a junior mechanic aboard an interstellar ark to New Earth must outwit a malevolent cosmic terror intent on using the spaceship as a weapon. 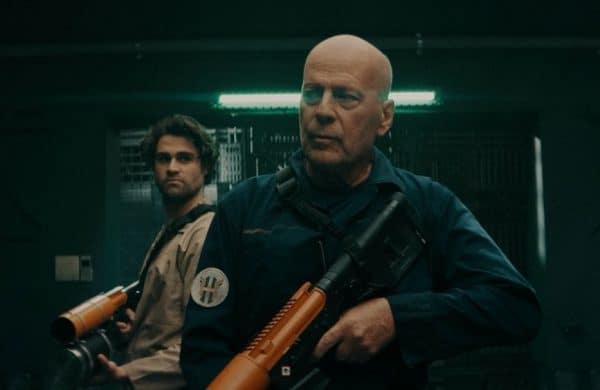 It’s little secret that Bruce Willis has been a seemingly willing participant in the direct-to-VOD thriller movie cottage industry for the better part of a decade now, though Breach represents something a little different for the flagging A-lister.

With its high-concept sci-fi premise and CGI-soaked aesthetic, Breach is a far cry from the wholly generic shoot ’em up action-thrillers Willis has bored us with for years now. And yet while certainly more effortful than your average Willis streamer joint, this genre riff from filmmaker John Suits – who, amusingly, also directed Willis’ recent Die Hard-themed commercial for DieHard car batteries – is still only recommendable for the actor’s ardent completionists.

In 2242, a plague has wiped out most of humanity, with the few survivors being shipped to a colony on a new planet dubbed “New Earth.” Aboard the final ship headed to the planet is a pregnant woman, Hayley (Kassandra Clementi), and her stowaway boyfriend Noah (Cody Kearsley), the latter posing as a member of the ship’s small custodian staff, all while the colonists are placed in a six-month cryo-stasis. 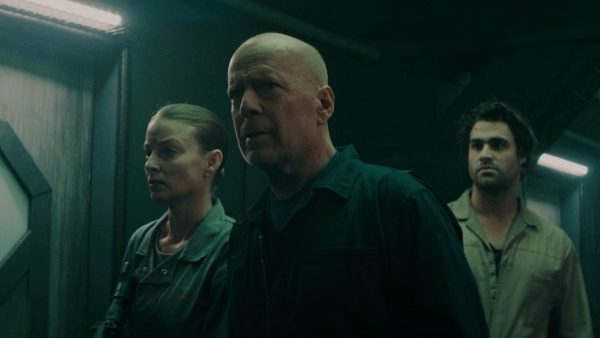 Noah works alongside grizzled veteran Clay Young (Willis), though before long finds himself suspected of sabotage after an otherworldly entity finds its way onto the ship, one keen to turn the crew against one another as fast as possible.

Breach is absolutely the bastard child of the dozens of sci-fi-action/horror films you think it is. The likes of Alien, Aliens, The Thing, Event Horizon, Resident Evil, and Sunshine are liberally referenced and homaged throughout, occasionally with cute wink-wink nods to the audience, but far too often feeling like screenwriters Edward Drake and Corey Large – who have also penned a few more of Willis’ upcoming movies – didn’t have any original ideas of their own.

Though this is a sturdy rung above Willis’ recent straight-to-streaming embarrassments like Reprisal, 10 Minutes Gone, and Trauma Center, it still leaves one wishing it played things a little more loosely, channelling the consciously schlocky vibe of, say, Guy Pearce’s gloriously dumb 2012 sci-fi thriller Lockout. Though plenty trashy, there’s an only muted sense of fun cutting through this thing, with none of the characters, one-liners, or bloody action sequences quite hitting an enjoyably slushy stride.

None of this matters too much, though, given that most viewers are here to see whether or not Willis turns in another somnambulant, phoned-in-from-abroad performance. And to be completely fair to him, this is one of his better recent turns in a VOD release; despite being introduced with little fanfare, he brings a droll frustration to his booze-chugging space janitor Clay, and seems slightly happier to be here than usual.

If you can forgive the fact that the earpiece through which Willis is presumably fed dialogue is actually visible in a few scenes, he does at least turn up and appear in the vast majority of the film. While his recent efforts have seen him simply show up for a few days of filming and let a body double fill in the gaps, here the production evidently threw some extra cash around to keep Willis on-set for practically the entire shoot.

Sadly less can be said for the film’s supposed lead Kearsley, who gives a Handsome Leading Man performance so benign as to be almost invisible, though in total fairness the script gives him little to work with beyond some fairly crusty, boilerplate family melodrama. 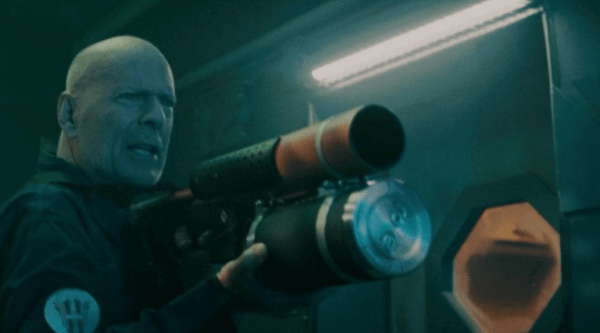 Thomas Jane is fun for a few scenes as the spaceship’s Admiral – and Hayley’s father – who feels like he tumbled directly out of a John Carpenter film, assuming a polarity-reversed visage of The Expanse’s Joe Miller. Sadly his cigar-chomping silliness isn’t long for this world, as he’s missing for basically the entire middle-hour of the film and has maybe 10 minutes of screen time in total.

The supporting cast is rounded out by a few recognisable names and faces; Timothy V. Murphy is hammy fun as the hot-headed, Southern-accented Commander Stanley, while Rachel Nichols is easily the most likeable presence as wryly funny medic Chambers.

As a piece of filmmaking, this is absolutely better-produced than most recent Willis streamer outings; the ship set actually looks like money was spent on it and convincingly matches up to what you’d reasonably expect from the genre.

The visual effects are spotty but honestly not terrible in many scenes, and an ambitious foray into body horror effects emerges in the third act which, while unconvincing, at least feels like a spirited swing and a whiff. Scott Glasgow’s droning musical score also sets an appropriate mood, even if the various gunshot and creature sound effects are clearly pulled from a thoroughly exhausted stock sound library.

Breach isn’t nearly as offensively lazy as most of Bruce Willis’ recent direct-to-consumer action flicks, largely by way of its better-than-expected production values and solid supporting cast. It certainly feels like Suits and his crew were genuinely trying to make a good movie rather than delivering a nothing Product intended to satisfy a producer’s tax write-off, even if you’d be hard-pressed to ever call it genuinely good.