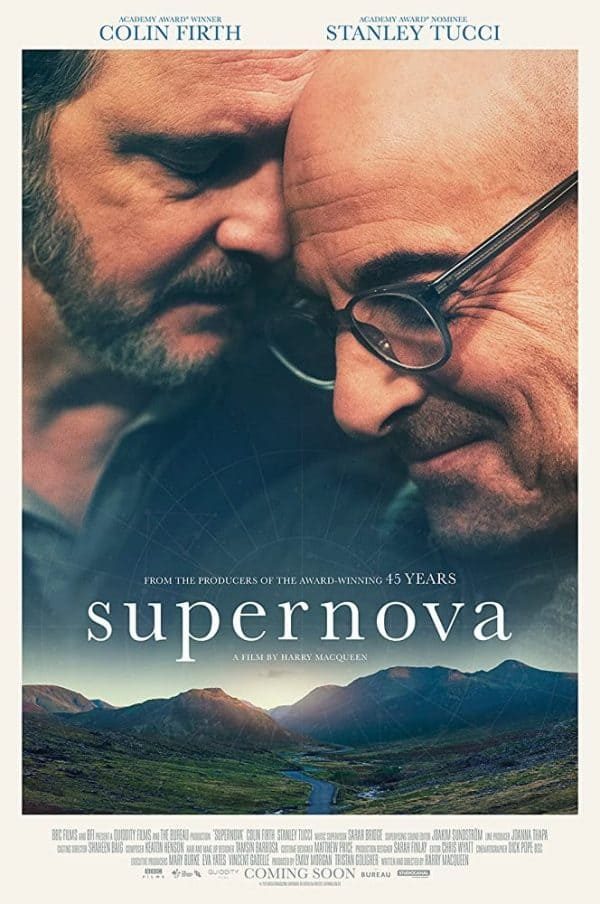 Sam and Tusker are traveling across England in their old RV to visit friends, family and places from their past. Since Tusker was diagnosed with dementia two years ago, their time together is the most important thing they have. 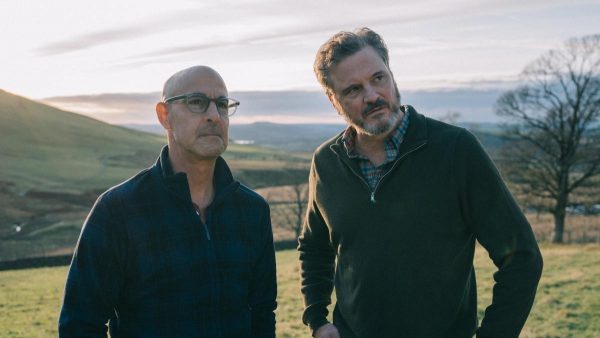 From its opening, Supernova is established by sophomore writer/director Harry Macqueen as powerfully gentle; a shot of the night sky stars slowly fades into a pair of locked hands, with cinematographer Dick Pope holding onto the image savoring its minimalistic beauty. We then see a view of Sam and Tusker (convincingly played by Colin Firth and Stanley Tucci with believable and quiet chemistry) caressing one another inside their bed, allowing silence and a single visual expressing the unbreakable bond they have. Tusker, unfortunately, happens to be two years into early dementia, but the love is still there as if they had just met yesterday, and coincidentally enough the couple does visit the place they met on the road trip that makes up their cinematic journey.

The end destination of their RV travels is set to be the Guardhall where pianist Sam will be putting on a show. Tusker, an author, will attempt to use life on the road and new environments to assist him in getting on with writing a new novel. Also on the agenda is a stop at Sam’s extended family. You could say that Supernova strictly follows a three-act structure as if it’s a stage play and that would be accurate, as 30 minutes apiece are dedicated to each section. Not only that, but even the outstanding work from the central stars takes on a theatrical quality (although perhaps too much at times given even with impressive acting talent on display certain dialogue exchanges begin to feel repetitive). Basically, it was a legitimate surprise to find out that the film is not based on a play. 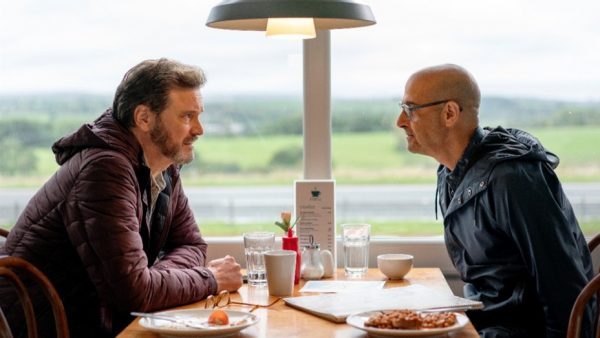 Shaky presentation aside, Supernova largely works because veteran actors Colin Firth and Stanley Tucci are skilled at finding the complicated dynamics of this relationship in metamorphosis. I hesitate to use the word devolving or evolving, as dementia or not these people are still there for one another. Nevertheless, Tusker is reaching the stages of a dramatic shift within his memory, made apparent to viewers during an early scene that sees him wander off walking their dog Ruby while Sam is inside of a grocery store. This does have a visible and nuanced effect on Sam, but it doesn’t hinder him from continuing along the trip and recording Tusker’s thoughts and changes onto cassette tapes.

While that may sound sad and possibly even emotionally manipulative, there is grace and honesty whenever Supernova goes about demonstrating Tusker’s waning mental state. In between those devastating mind lapses, Tusker exhibits a dark sense of humor about his own condition, sometimes joking about forgetting things or things he wants to forget. He very much has a personality beyond a dying person to pity, consistently playfully teasing Sam or cracking jokes about how GPS voiceovers take him back to the days of being in school being ordered around. Much of it is effectively humorous, sticking to that belief that laughter is the best medicine for tragedy. More importantly, the romance on screen is palpable. 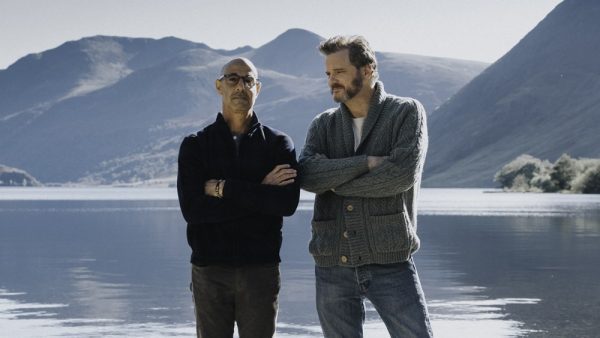 Eventually, Sam realizes that there is a point to Tusker’s road trip, which naturally tests their love in unimaginable and challenging ways that no couple should ever have to deal with. As nice as it is getting a peek into the family that accepts these two for who they are with no judgment (it’s a relief that there are no homophobic characters to mine additional and unnecessary drama from), watching these two alone navigating the messiness of what’s to come is where the stars shine brightest. Supernova may feel stagey, but there’s also no desire to twist what is ultimately a brilliant acting exercise into over-the-top and hollow territory. Love is not fair, and it’s a story of coming to terms with that making the most of the time that remains.