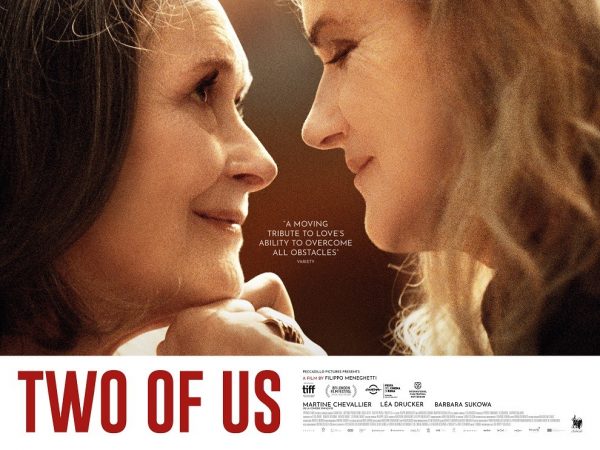 A lesbian couple who have kept their relationship a secret from family face a new challenge in the wake of a medical emergency, which leaves one of them non-verbal and confined to a wheelchair. 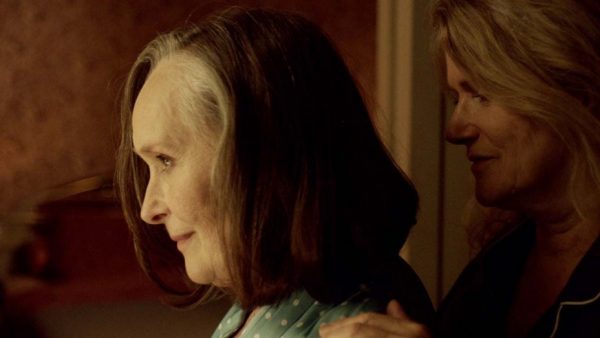 One of the nice things about the slightly delayed Oscar season this year is that it means some of the entries for Best International Feature Film are filtering out into the world before the ceremony, rather than after it. France’s effort is director Filippo Meneghetti’s poignant drama Two of Us, which casts a sensitive and soulful eye on the idea of a relationship which is simultaneously full of love and slightly tinged with shame and sadness.

The movie opens with a scene of quiet intimacy between Nina (Barbara Sukowa) and her partner Madeleine (Martine Chevallier). They’re preparing for bed and exchange a kiss, with every touch feeling entirely automatic – a connection honed over decades. It soon transpires that this relationship is being kept secret from Madeleine’s family, including her two grown-up children from her prior marriage to her late husband. To them, Nina is just their mother’s neighbour. With the couple on the verge of selling up and moving to Rome, the stress of potentially coming clean coincides with Madeleine having a stroke.

When she is discharged from hospital, Madeleine is unable to speak and confined to a wheelchair, with new live-in carer Muriel (Muriel Bénazéraf) making it impossible for Nina to take part in her partner’s recovery. It’s not immediately clear why there’s such immediate animosity from Muriel towards a woman who, from her perspective, is simply a helpful neighbour looking out for her friend. Indeed, the strange excesses of Muriel’s story – which goes in baffling directions – are among the movie’s worst bum notes. 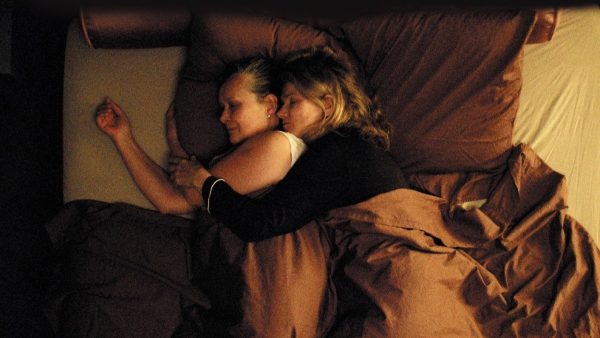 This enforced separation leads to a selection of clandestine meetings, in which Nina seeks to uncover her lover’s personality again beneath the effects of her illness. Sukowa and Chevallier are terrific in the scenes in which the two women are able to spend time together, with the latter in particular adept at conveying flashes of her true feelings with a well-judged flex of the hand or widening of the eyes. It’s an intensely physical performance and one which exudes tragedy and sadness. This is a woman who has never been able to be her true self in public, and Chevallier makes that very clear indeed.

The movie is on less safe footing in other scenes, with the constant sequences of Sukowa skulking around in the dark rather lacking the subtlety of the romantic moments. Filippo Meneghetti finds the potency in silence rather than in rows and histrionics, with an unattended, sizzling pan perhaps the most haunting and powerful moment of the entire movie. When the volume raises and Nina begins to clash with Madeleine’s daughter Anne – actor Léa Drucker is sadly given little of note to do – there’s a sideways step into melodrama which doesn’t ring as true as the early scenes.

However, with that said, the third act of Two of Us foregrounds big emotional swings – and manages to make them land. Both lead women mostly underplay their performances neatly, conveying the notion of two lovers for whom the simplicity of their love and the complexity of the world are uncomfortable bedfellows. When they’re apart, we want them to be together and, when they’re together, it seems as if nobody else matters. Meneghetti’s drama might be awkward and ungainly, but the relationship at its heart is quietly and believably beautiful. 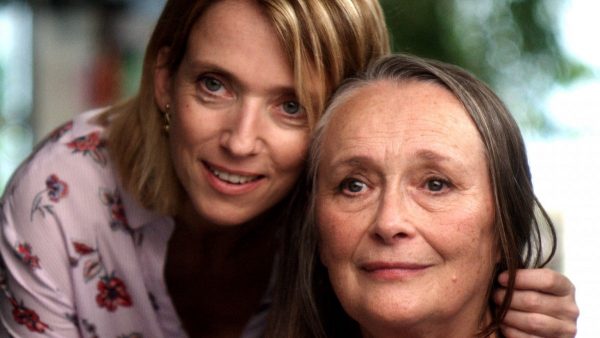