It has been a long time coming, but the first group of casting for Netflix’s anticipated series adaptation of Neil Gaiman’s critically acclaimed The Sandman has been revealed. Netflix and Gaiman revealed the castings via Twitter as Tom Sturridge (Sweetbitter), Gwendoline Christie (Game of Thrones), Vivienne Acheampong (The Witches), Charles Dance (Game of Thrones), Sanjeev Bhaskar (Unforgotten), Asim Chaudhry (People Just Do Nothing) and Boyd Holbrook (Logan) officially join the cast.

Netflix has described the series as “A rich blend of modern myth and dark fantasy in which contemporary fiction, historical drama and legend are seamlessly interwoven, The Sandman follows the people and places affected by Morpheus, the dream king, as he mends the cosmic — and human — mistakes he’s made during his vast existence.”

Sturridge will portray Dream, also known as Morpheus, the Lord of Dreaming who rules over the land of The Dreaming and controls the dreams of everyone in existence. The comic series began with his imprisonment and subsequent escape after decades locked away with Dream having to repair the damage done due to his absence. 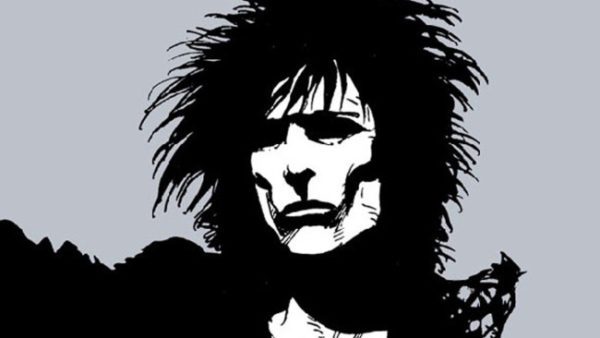 Christie will play Lucifer, the ruler of Hell. Dream and Lucifer have a history together and he goes to Hell soon after his escape for help and to reclaim something.

Acheampong will play Lucienne, the chief librarian of The Dreaming who records all the stories that have been created throughout time.

Dance will portray Roderick Burgess, a charlatan, blackmailer and magician who is responsible for imprisoning Dream.

Bhaksar will play Cain, the first predator, with Chaudhry portraying Abel, the first victim. Cain and Abel are the same brothers from biblical stories where Cain murdered Abel out of jealousy. They reside in The Dreaming where Cain constantly kills Abel over and over.

Boyd Holbrook will portray the Corinthian, an escaped nightmare set loose upon the world and inhabits human hosts and becomes a serial killer. His most memorable feature is his lack of eyes, instead having rows of sharp teeth in his eye sockets. 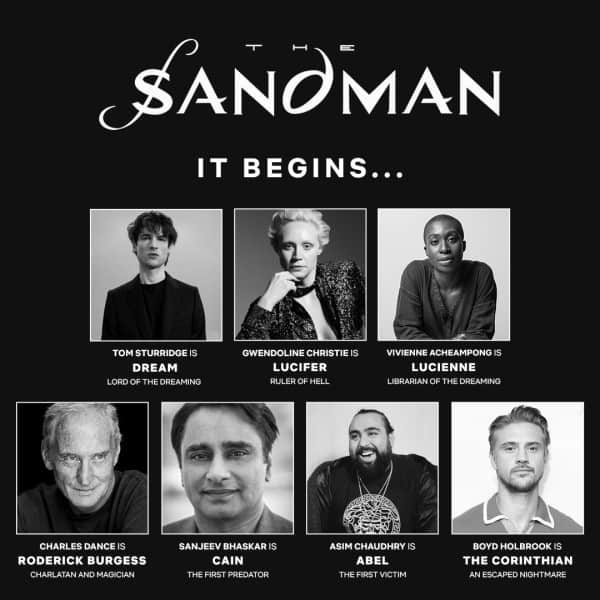 Both Netflix and Gaiman said more news on The Sandman series would be coming soon as this is only a small portion of the vast cast of characters from Gaiman’s groundbreaking series. Notably, none of Dream’s eternal siblings, known as The Endless, have been announced with Destiny, Destruction, Desire, Despair, Delirium and the fan-favourite Death remaining vacant. Hopefully we’ll hear more news on casting soon and when we might expect the series to premiere on Netflix.

What do you think of the castings so far? Are you excited by the people playing Gaiman’s classic characters? Let us know on our social media channels at @flickeringmyth…