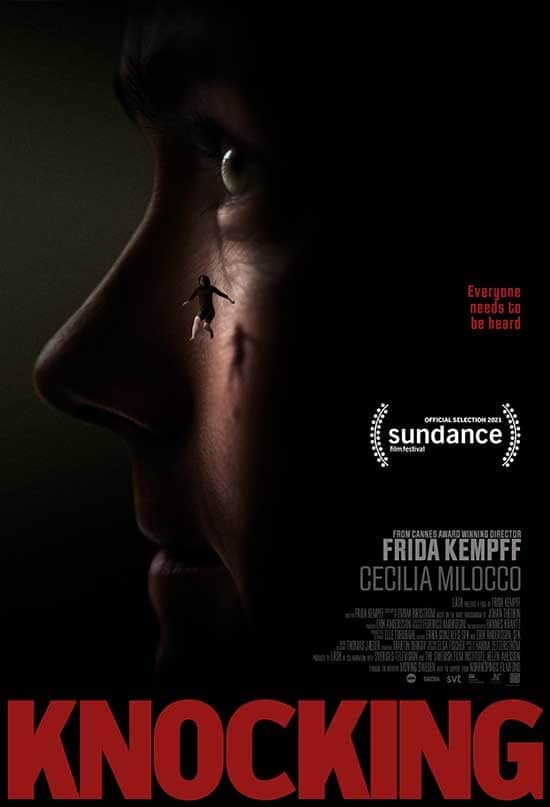 A woman leaves a psychiatric ward after a nervous breakdown, only to start hearing mysterious knocking sounds in her apartment. 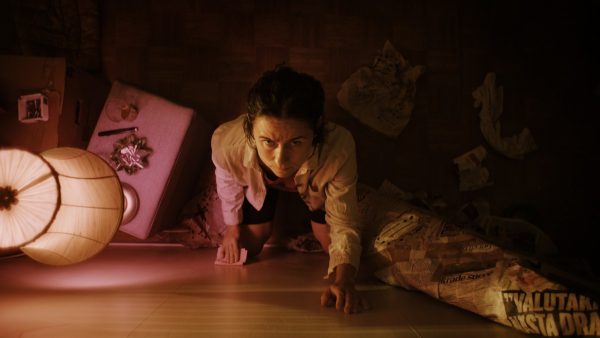 Frida Kempff’s feature debut Knocking boasts a premise sure to swiftly attract the attention of anyone who’s ever had to suffer through the muffled, repetitive thud of upstairs neighbours. If initially unsettling and brilliantly acted throughout, the limitations of its modest setup nevertheless reveal themselves long before the 78-minute runtime is over.

Following the implied drowning death of her partner Judith, a traumatised Molly (Cecilia Milocco) is taken to a mental health facility to recuperate. After being released, she settles into a new apartment and focuses on moving past her tragic experience, only to start hearing knocking noises on the ceiling of her bedroom. Molly becomes obsessed with locating the source of the noise, but when her upstairs neighbours can offer no insight, she begins to question her sanity.

This enticingly Kafkaesque setup lays the groundwork for a social-minded thriller focused on a woman forced to contend with numerous possible realities; her mental illness has returned, she’s a victim of gaslighting from her neighbours who know more than they’re letting on, or the knocking is of a supernatural persuasion.

An array of increasingly disturbing sights implying untoward activity upstairs do little to settle Molly’s mind, and to Kempff’s fair credit, she milks the ambiguity of the scenario for every drop. And for those wondering – yes, the film does end with a clear-cut answer. 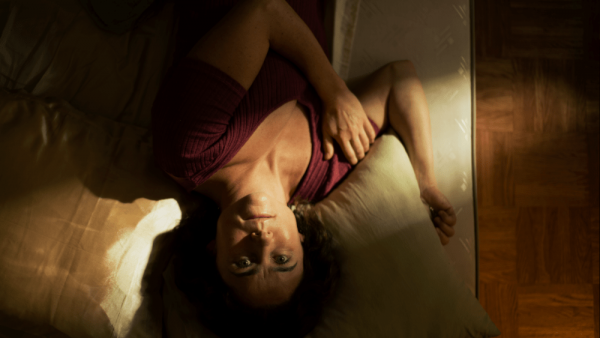 Married to its strong premise, Knocking also benefits from plenty of sharp camerawork, Kempff fixated on Milocco’s face at almost all times, and at one point even quite literally attaching a Snorricam to her head in the film’s most technically bravura sequence.

The problem, then, is that Emma Broström’s script, adapting Johan Theorin’s 2016 novella, lacks the necessary meat on its bones to carry the film to even a scarcely feature-length runtime. The elemental, emotional components of what passes for a plot are so intriguing, yet little attempt is made to keep Molly’s investigation interesting and varied, ahead of a needlessly prolonged finale.

But Milocco’s performance is an unmistakably strong anchor, sodden with grief-stricken pain as Molly is. Given that large portions of the film are a one-woman show set in a single location, she has to sell so much of the anxiety and paranoia herself, painting a jolting picture of a woman becoming increasingly frazzled by whatever the hell is going on and exasperated that nobody will believe her regardless.

Without knowing it was adapted from a novella, you couldn’t be faulted for assuming Knocking was extended from a prior short film, because the setup feels so perfectly suited to that more truncated format. And so while the payoff at least has the sense to play fair with audiences rather than revel in unearned ambiguity, you might not find the outcome worth the (admittedly still-brief) time invested in it. 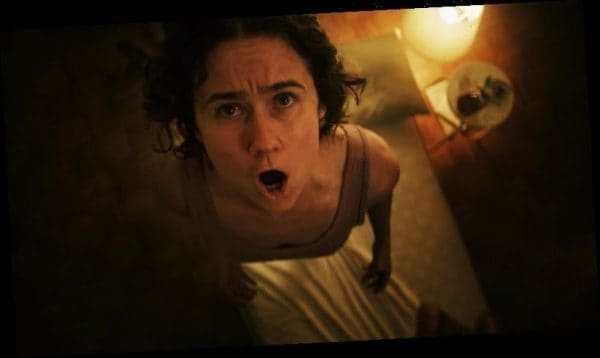 A great short film concept distended out to feature length, Knocking’s circuitous storytelling becomes tiresome long before it’s all over, despite a game effort from actress Cecilia Milocco.