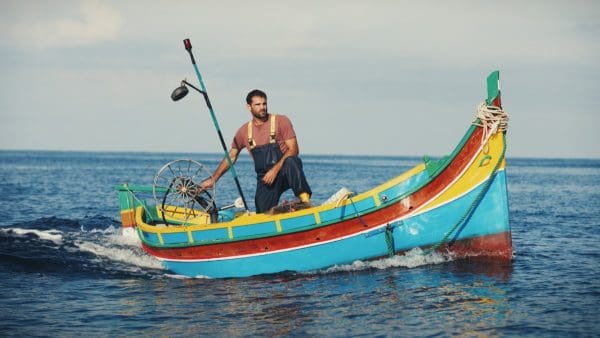 Jesmark, a struggling fisherman on the island of Malta, is forced to turn his back on generations of tradition and risk everything by entering the world of black market fishing to provide for his girlfriend and newborn baby. 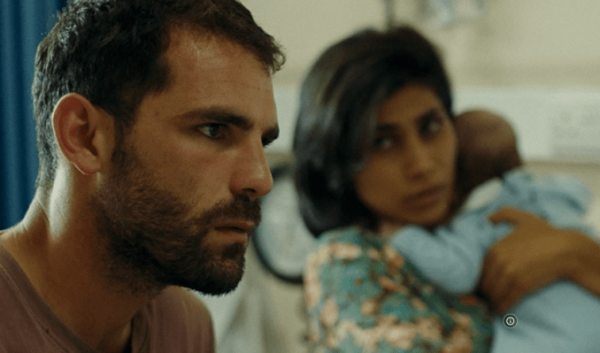 Everyone thinks they’re the hero of their own story, or perhaps more accurately, everyone has a reason for the sins they commit. In his feature debut Luzzu, Maltese-American filmmaker Alex Camilleri ponders how extensively someone may corrupt themselves in order to provide for their family and preserve some semblance of their cultural traditions.

Jesmark (Jesmark Scicluna) is a Maltese fisherman faced with diminishing catches out at sea, and who soon enough discovers a leak in the luzzu fishing boat that’s been passed down through his family for generations.

As if this isn’t bad enough, Jesmark also has a newborn son with a costly growth disorder, and in a desperate bid to provide for his wife Denise (Michela Farrugia), reluctantly takes part in an illegal, black market deep sea trawling operation. As this snowballs into increasingly risky excursions, Jesmark must weigh up the cost of seeking a better life for his family by any means necessary.

Above all else, Camilleri’s film is blanketed in an all-encompassing authenticity, given that the director reportedly spent years meeting with Maltese fishermen, many of whom are now counted among the film’s cast. Camilleri has clearly learned a lot from their perspectives and in turn delivered an impassioned argument for their way of life.

The script tackles a complex tension, of how any nation is tasked with balancing sustainability against the basic necessity for small business owners to make at least a modest living through enterprises often handed down to them from their fathers. 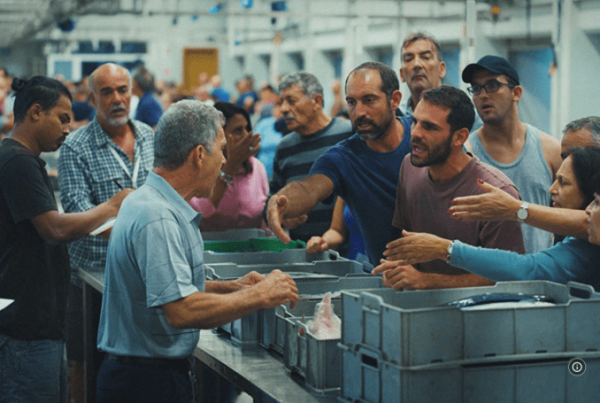 But the mechanical bureaucratisation of resources doesn’t necessarily coincide with the human realities of the situation, and so it’s little surprise that those who feel unsupported by the system turn to criminal activities. Though these discussions are occasionally rendered discursive or expository for our benefit through some slightly ham-fisted dialogue, they nevertheless serve the function of concisely outlining the issue.

One can certainly feel Jesmark’s anger at his inability to continue the trade his ancestors laid out before him, unaided by exaggerated stories from relatives about his father’s legendary catches, his friends who have taken EU buyouts and quit the business altogether, and the snipey put-downs from an intrusive, denigrating mother-in-law.

This ties neatly into an overarching commentary on gender roles and masculinity in particular, that Jesmark’s sense of self is inextricably linked to his ability to not only provide for his family but also continue the occupation of his forefathers. Fishing is a tradition so well-regimented in Jesmark’s lineage that the very idea of hanging up the fishing net seems tantamount to annihilating a significant piece of himself.

Despite the emotional and political complexity, though, Camilleri tells his film in a straight-forward fashion that befits its central characters. Similarly does the director’s sharp visual design feel entirely within the vein of a most neorealist-inspired docudrama. 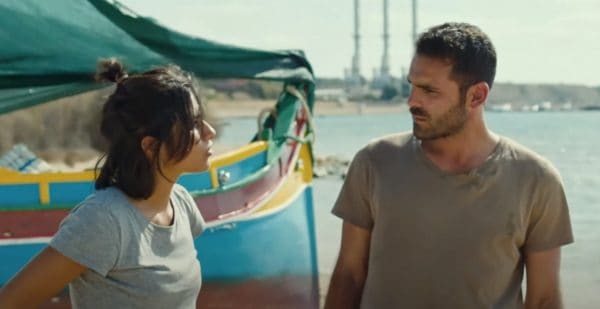 The early focus on Jesmark’s rickety luzzu boat, complete with his own baby footprint painted on the side, is an emblem of a bygone time not entirely unlike Charles Foster Kane’s sled in Citizen Kane. When we see a junkyard full of discarded luzzus later in the film, most of them rocking painted faces, it only further heightens the sense that Camilleri wants to anthropomorphise them, or at least populate them with a sense of lived-in history.

Few films dare to depict a father as both grizzled grafter and caring father in the same breath – especially without an A-lister like Will Smith attached – so it’s quite a refreshing sight, even though Jesmark spends much of his screen time still simmering with subdued rage over his lot in life. This quiet, unaffected anguish speaks to the film’s generally subtle sense of heartbreak, even if some of his fellow amateur performers don’t prove quite so convincing.

Luzzu is sympathetic to the plight of “regular folk” struggling to come to terms with their cultural heritage being erased by both political manouevering and the realities of climate change, but it also doesn’t let Jesmark or others like him off the hook for making the decisions they do. Many films aspire to be “slice-of-life,” but Alex Camilleri’s Luzzu truly is the real deal, aided by a brilliantly internalised performance from non-professional actor Jesmark Scicluna.