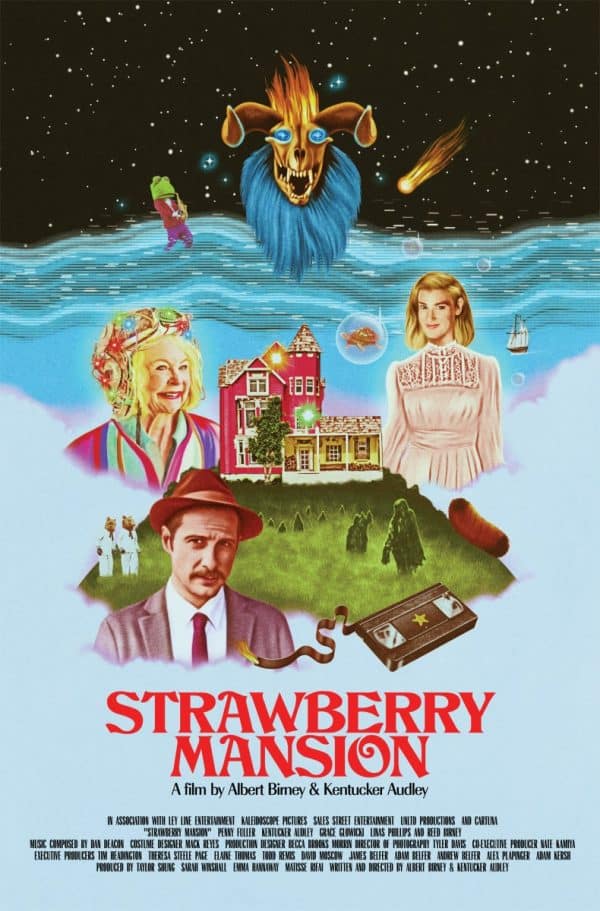 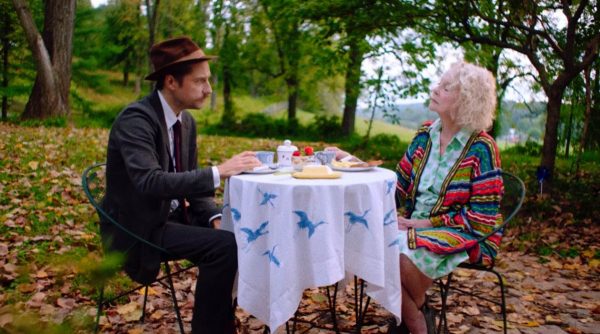 Forward-thinking authors over the decades have theorised that our dreams and memories might one day be commodified, an idea which gets an especially peculiar treatment in Kentucker Audley and Albert Birney’s (Sylvio) black comedy adventure Strawberry Mansion.

In a dystopian future, the government has extended taxation to citizens’ dreams, resulting in “dream auditors” being sent around the U.S. to total up the “expenditure” – that is, seemingly any meaningful content, be it hot air balloons, buffalos, or dandelions – by placing a worth on them and charging accordingly.

The film follows auditor James Preble (Audley) as he visits the titular home of eccentric, elderly artist Arabella (Penny Fuller), who possesses thousands of VHS hard copies of her dreams to be audited. In addition to learning an unsettling secret from Bella which causes him to reconsider the very nature of his job, he also finds himself smitten with Bella’s younger dream self (Grace Glowicki). 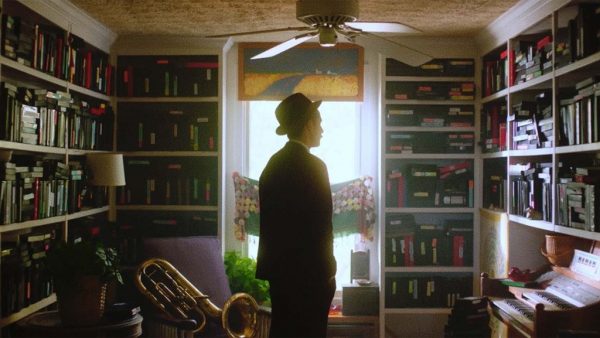 Audley and Birney’s surreal indictment of late-stage capitalism may not be in any way subtle, but it is certainly entertainingly odd and fearlessly creative. To give you an idea of what you’re in for, an ice cream-holding Bella bamboozles James with a choice rhyme the first time they meet – “Out of my hair and into my home, to enter you must lick the ice cream cone.”

Strawberry Mansion wastes no time at all getting weird, capturing the elusive, nonsense logic of actual dreams in far more authentic terms than the rigid literalism of, say, Christopher Nolan’s Inception. It is a film where a saxophone-playing man-frog, a Swamp Thing-looking creature covered in VHS tape, and rat-people sailors are just the idiosyncratic appetisers, as James finds the line between reality and dreams becoming increasingly blurred.

The result is a soupy collision of “real life,” dreams, memories, time, and space, the directors’ vision in no way tethered to a clear, singular logic, as befits a project so stridently about the slipperiness of dreams. This tricksiness bleeds into basically every aspect of its form, from its skittish tone to its often charmingly homemade visual effects, and its tough-to-nail-down characters. For many this will absolutely be a turn-off, but for those who vibe with it early on, there is more than mere quirkiness for its own sake here.

To that point, the slightly less-ridiculous first half is actually considerably more gripping than its more heightened second, which sees James venturing off on a seafaring adventure with young Bella, and where the filmmakers indulge their most stereotypically Sundance-y predilections. But to their credit, they don’t push the romance so hard that it cloys or irritates, in large part thanks to the alluring qualities of actress Grace Glowicki. 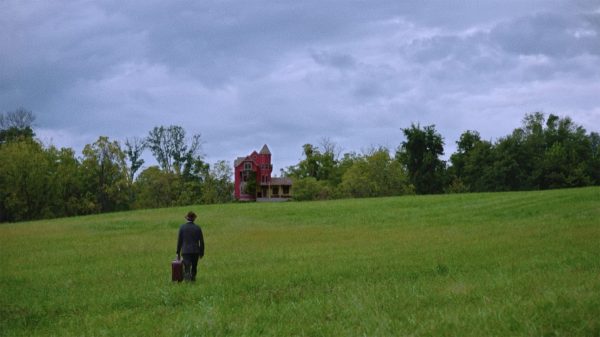 But even when it might feel a little over-eager to disorientate, there’s a bold visual style to luxuriate in; from the endearing mixed-media approach to generating objects which the budget otherwise couldn’t support – such as a Dune-esque sandworm rendered in stop-motion animation – to the production’s amusingly nauseating obsession with pink pastel shades, it wears its scuzziness on its sleeve. The overall excursion is such an abstract melange of styles anyway that it totally works.

Acting may be writer-director Audley’s third job on the film, but it’s one he makes the hilariously deadpan best of; the utter self-loathing visible on his face as he visits a drive-thru early on is more hysterical than any one-liner could be. As his screen partner for pic’s first half, veteran actress Penny Fuller brings a gainly mix of sly creepiness and off-kilter charm to the older Bella, while Reed Birney is immediately unsettling as Bella’s ill-intentioned son Peter.

Though some may take issue with how the film near-literally swallows its own tail in the final stretch, its abstruse mindfuck will appeal to just as many. In the very least, it’s a creative, fast-moving 90 minutes, ending before it can threaten to outstay its welcome.

Many will surely find the metaphysical derring-do and aggressive weirdness of Strawberry Mansion too much of an ask, but for those prepared to dive down its nutso rabbit-hole, it offers a divertingly free-wheeling vision.