Summer of Soul (…Or, When the Revolution Could Not Be Televised), 2021. 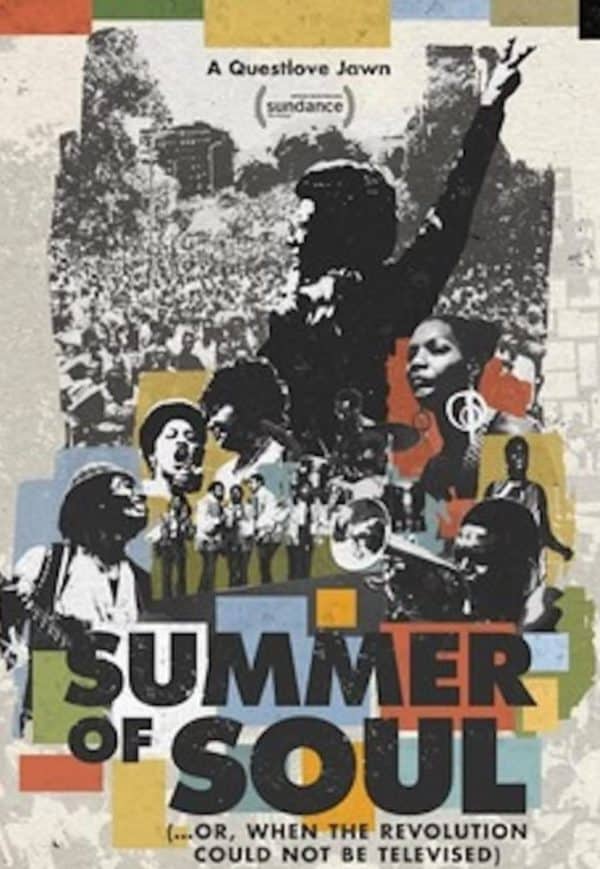 During the same summer as Woodstock, over 300,000 people attended the Harlem Cultural Festival, celebrating African American music and culture, and promoting Black pride and unity. The footage from the festival sat in a basement, unseen for over 50 years, keeping this incredible event in America’s history lost – until now. 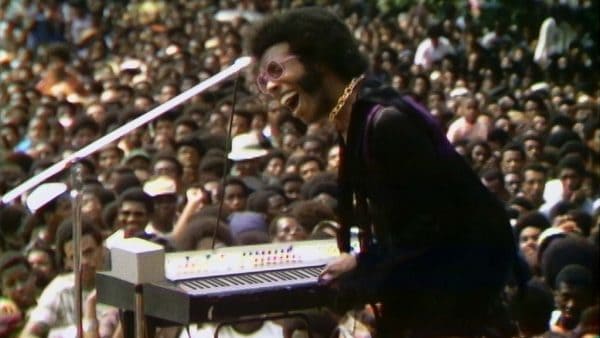 Winner of both the U.S. Grand Jury Prize and Audience Award for U.S. Documentary at Sundance, Summer of Soul sees Ahmir “Questlove” Thompson make his feature filmmaking debut with this fascinating exhumation of an essential-yet-unsung piece of Black history.

Questlove’s film covers the Harlem Cultural Festival, which took place 100 miles away from Woodstock in the very same summer of 1969. Moreover, it was free to all attendees and ended up attracting 300,000 music lovers across its six weekends. And yet, despite the event being filmed in its entirety, it’s scarcely even whispered about in mainstream culture today, with the tapes having sat in a basement for an entire half-century until this very documentary.

It goes without saying that Questlove’s film could simply have been a two-hour Greatest Hits assemblage of the festival’s finest musical performances and still been incredibly worthwhile, but he aspires to go far deeper than that, and demonstrate why the Harlem Cultural Festival was so much more than merely “Black Woodstock” (which was this film’s working title).

Questlove melds ever-present concert audio and video with testament from both punters who attended and some of the still-living bands that played there. Watching the subjects’ faces light up and their eyes fill with tears as they’re shown video footage of the festival feels like perhaps the ultimate justification for the existence of the reaction video. 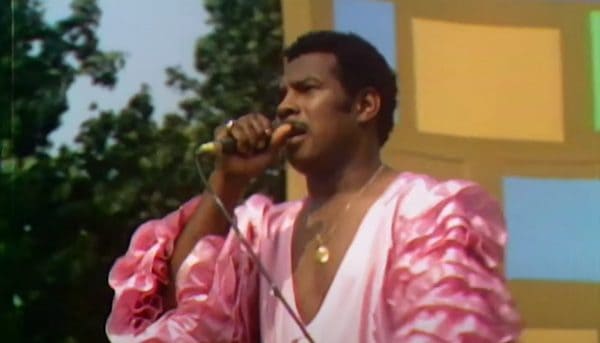 Through interviews, we glean the weighty context behind the festival and its importance, arriving as it did in the wake of so much Black frustration at the deaths of JFK, Malcolm X, Martin Luther King. Jr, and Robert Kennedy, as well as the election of Richard Nixon and the onset of the Vietnam War. The festival, then, was perfectly placed as a riposte, a melting pot for Black and brown communities to celebrate and explore their own heritage, and as one subject says, “keep Black folk from burning up the city in 1969.”

But before that, there’s the sheer logistical nightmare of pulling off such an ambitious event, spearheaded by New York nightclub singer Tony Lawrence. The promoter had to navigate both the myriad technical and safety challenges of hosting a free festival – the Black Panthers ultimately served as security – and finding money to pay the bands on a shoestring budget. Handily, both Maxwell House Coffee and the city of New York itself dug into their pockets to help out.

As uniquely compelling a history lesson as the film is, the primary allure for most will be the thrilling and soulful performance footage – the likes of Stevie Wonder, B.B. King, The 5th Dimension, David Ruffin, Gladys Knight & the Pips, Sly and the Family Stone, Herbie Hancock, and a powerhouse Nina Simone featured extensively throughout. Often set against snappy profiles of the featured bands and how they remember the fest today, it’s electric.

But just as enjoyable as the sheer music is the atmosphere captured by the footage; watching the “sea of Black people” grooving and finding spiritual catharsis in the performances – perhaps quite literally, given the many gospel bands featured throughout – is enormously gratifying. The sights will be familiar enough to anyone who’s ever attended a major music festival, though the lens here is uniquely Black, of a community purging, if only temporarily, its collective anguish. 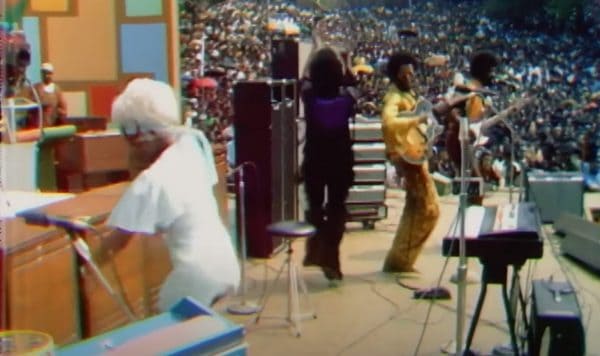 A stunning editing job from veteran documentary cutter Joshua L. Pearson helps the film maintain a thunderous clip across its near-two-hours, the performance footage serving as a perfect natural soundtrack for the interviews.

Pearson’s several montages throughout are mini-masterpieces of juxtaposition; with the Apollo 11 Moon landings taking place during the festival, he sharply cuts between the celebrations of white people and the more miffed perspectives of Black festivalgoers lamenting how thoroughly their communities have been underserved. Superb though sequences such as this are, Pearson and Questlove also know just when to sit back and let the spine-tingling musical footage speak for itself.

The tragedy, of course, is that the festival quickly slipped from the public consciousness due to the success of Woodstock and the baffling perspective from TV networks that the Harlem Cultural Festival simply wasn’t a sell. It infuriatingly speaks to a wider erasure of Black history, cultural and otherwise, endemic in mainstream society, ensuring that Questlove’s film becomes nothing less than a powerful act of reclamation.

Moreover, it’s also a broader reminder of music’s potential to tell a story and bring people of all backgrounds together, while highlighting Harlem as a cultural gemstone of Black America. Questlove’s Summer of Soul is a joyous celebration of Black culture and a full-hearted reminder of the euphoric festival atmosphere we’re all missing right now.