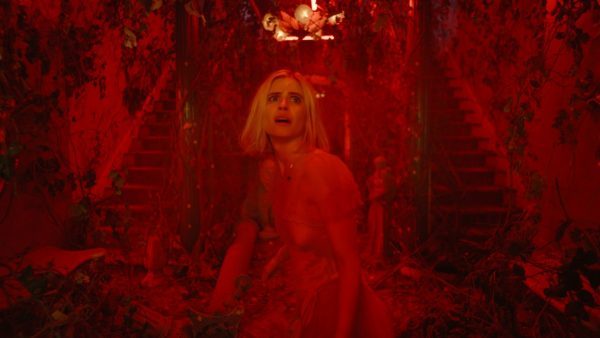 Decades after the accidental drowning of her twin sister, a self-destructive young woman returns to her family home, finding herself drawn to an alternate dimension where her sister may still be alive. 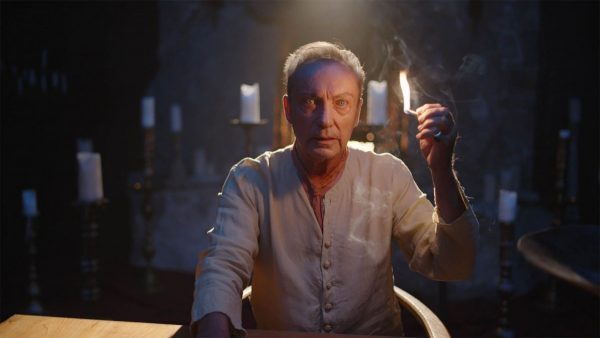 Multi-hyphenate writer-director-actress Carlson Young extends her 2018 short of the same name into a feature film which, despite its clear potential as a grave fairytale, too often feels like an embryonic project a few drafts away from completion.

At the age of six, young Margaret (Young) witnessed the drowning death of her twin sister while her parents, Tom (Dermot Mulroney) and Alice (Vinessa Shaw), staged a violent argument. As an adult, Margaret continues to be haunted by that grimly formative event, yet cannot escape the feeling that her sister can still be rescued. This eventually sets Margaret on an existential odyssey into a parallel dimension, where confronting her demons presents the possibility of bringing her departed sister back from the brink.

Though the appeal of a morbid, indie-speckled riff on Lewis Carroll speaks for itself, The Blazing World more often resembles a grab-bag of superior metaphysically inclined fantasy films. Too often oddball for its own sake, Young’s script stifles its kernels of emotional truth in the process, the bong-hitting stream-of-consciousness dialogue quickly becoming tedious, if not outright grating.

The film’s first half is more strictly focused on Margaret returning to her family home and languishing in her parents’ aggressively unsettling dynamic, the more fantastical adventure arriving at roughly the mid-way point. Margaret is coaxed into her quest by Lained (Udo Kier), a sepulchral, ambiguous being who challenges her to a fetch quest, to retrieve a series of keys hidden within the strange land in order to have a chance of freeing her sister. 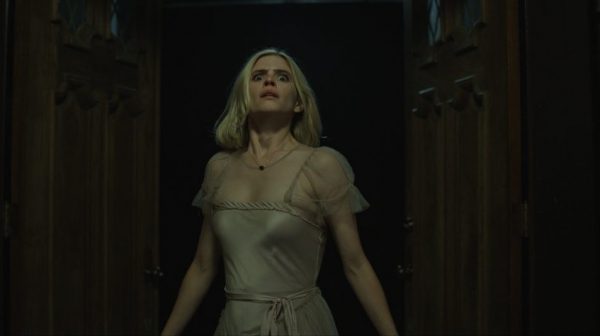 What follows is an oddly programmatic series of encounters which, while undeniably loopy, don’t rouse much interest either dramatically or aesthetically. There’s a sort-of garden variety creepiness to the whole excursion, leaning back on stylistic genre cliches from both horror and fantasy, made worse by a distracting bombardment of poorly realised visual effects.

From an opening sequence which boasts garishly low-fi CGI fireflies and a VFX bird ramming itself into a wall which wouldn’t look amiss in Birdemic, the digital elements generally stick out like a sore thumb amid the otherwise stately production elements. Things get progressively worse when Margaret sets off on her journey; CGI smoke looks like a copy-pasted After Effects plug-in, and badly implemented chroma key renders too many of the backgrounds howlingly unconvincing.

In its worst moments, the over-reliance on CGI gives off the vibe of an upmarket YouTube short, and serves as a potent reminder that first-time directors are taking a huge risk hedging their best on effects-heavy post-production.

It’s a shame, as regular Richard Linklater DP Shane F. Kelly delivers some gorgeously picturesque individual images – especially during a mid-film detour into the desert – while milking the neon pinks, reds, greens, and blues for every eye-popping drop they’re worth. The production designers also clearly did their jobs, though overall there was evidently far too great an expectation that CGI could carry a hefty load. 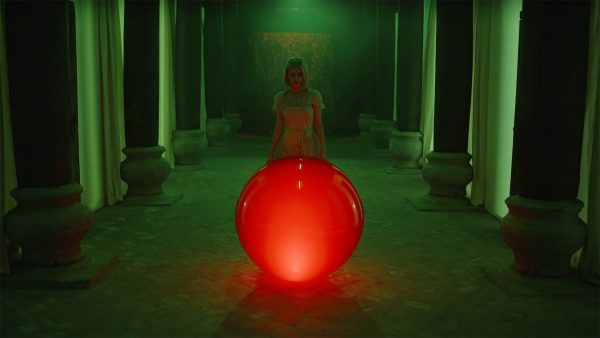 What prevents Young’s film from faltering entirely, however, is the efforts of herself and her cast. Young is a talented actress who commits to the material as you’d expect any actor-filmmaker to, while Dermot Mulroney and Vinessa Shaw are entertainingly off-center as her parents. Both clearly relish the opportunity to play the cursed versions of Margaret’s parents she encounters on her quest, and Mulroney in particular is so gamely hammy as a nightmarish shade of her father that he single-handedly props up a good chunk of the third act.

We couldn’t forget Udo Kier either, an actor so effortlessly menacing he could make reading the phone book seem creepy. The precise nature of his role may be up for some measure of debate, but Kier’s piercing eyes were basically made for characters like this. Despite the uneven writing, he’s practically licking his chops at every scrap of what-the-hell-was-that dialogue.

This certainly isn’t enough of a failure to entirely write off Young as a filmmaker, though between the strangely uninteresting execution, overwrought emotional through-line, and aforementioned visual effects woes, she seems to have bitten off more than she can chew.

The Blazing World wants to be Alice in Wonderland on ayahuasca, yet its stronger elements – especially acting and cinematography – are routinely hamstrung by pedestrian storytelling and wonky visual effects.