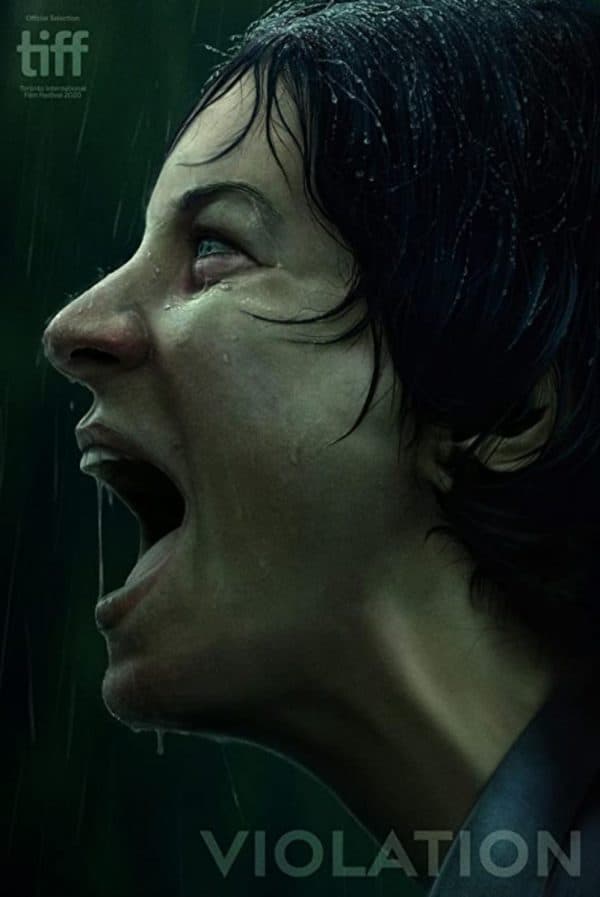 A troubled woman on the edge of divorce returns home to her younger sister after years apart. But when her sister and brother-in-law betray her trust, she embarks on a vicious crusade of revenge. 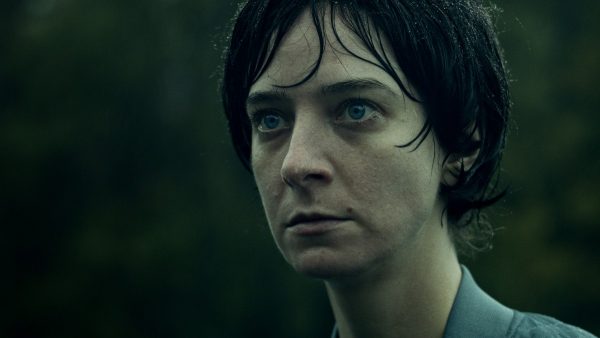 The “rape-revenge” film occupies a most curious space in cinema, capable of granting catharsis through violence but also of exploiting victims or indulging in facile wish fulfilment fantasies which some – but certainly not all – may feel trivialises the very pain that rape causes.

It’s a multi-faceted issue that incorporates a wide range of perspectives no single film can likely do full justice to, but it’s at least encouraging to see a recent spate of revisionist genre entries turning the tables on not only male aggressors but also the male gaze.

Perhaps most notably, Coralie Fargeat’s Revenge and Promising Young Woman both made few concessions to the male point of view, though still seem relatively ostentatious compared to the grim, un-commercial spareness of Madeleine Sims-Fewer and Dusty Mancinelli’s directorial debut Violation, both for better and worse.

The setup seems familiar enough; going-through-the-motions married couple Miriam (Sims-Fewer) and Caleb (Obi Abili) join Miriam’s estranged-ish sister Greta (Anna Maguire) and her husband Dylan (Jesse LaVercombe) at a remote cabin for a relaxed weekend. But boozy campfire chit-chat between Miriam and Dylan ends with Miriam waking up to Dylan raping her, setting a traumatised Miriam on a brutal quest for vengeance against both Dylan and those who dared doubt her. 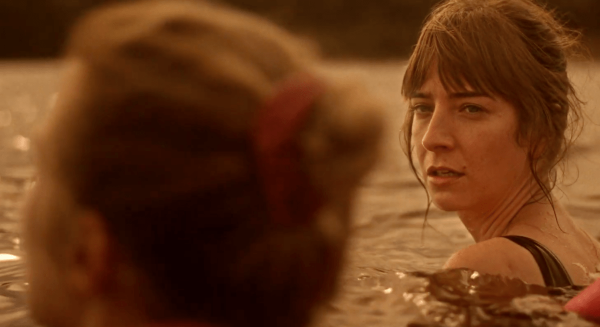 Violation is certainly a film best watched free of wider context, but know that the filmmakers make a concerted effort to strip the “sexiness” out of its revenge story – that is, the objectification of the victim in the midst of their rape, and also the typically frothy, escapist nature of the table-turning itself. Though the film clearly relishes exposing full-frontal male nudity as opposed to female, Miriam’s violent vengeance is ultimately depicted as ugly, messy, prolonged, and likely only to compound the spiritual destruction of that initial attack.

Miriam is a survivor, but she isn’t a hero in much of a traditional sense, the script instead concerned with depicting how rape destroys a person’s agency both emotionally and physically, while boldly conceding that, no, not all victims are perfect people.

There’s a deeply tricky quality to Mancinelli and Sims-Fewer’s filmmaking which subverts genre formula not only narratively but presentationally. For starters, the film’s structure quickly betrays the schematic for rape-revenge fare, pinballing between events in aggressively non-linear fashion, such that Miriam’s revenge is in full swing before the rape itself is shown – captured with sensible “taste” by refusing to show bodily curves but instead various ambiguous shapes and shadows in extreme close-up.

By barely the mid-way point, genre hallmarks have been dispensed with so thoroughly that audiences are likely to have little idea what awaits them. The directors instead take most of the remaining screen time to unveil their true thesis, focusing on the psychological rigours of revenge through a number of dispassionately violent scenes, nauseating in their detached objectivity in a manner not dissimilar to Michael Haneke.

Long stretches of the second half are also mostly dialogue-free, Mancinelli and Sims-Fewer trusting audiences to stay invested in Miriam’s journey regardless, no matter that it becomes a gruelling endurance trial as seems to be entirely the point.

We as the audience, expecting a lean, tight thriller in which the transgressed woman gets to have her liberating gotcha moment of revenge against her rapist, are helpless to watch the rape-revenge film be hollowed out and discarded. We’re made to live as Miriam does with the ugliness and the trauma, granted shockingly little release and certainly not permission to relish in the villain getting their comeuppance. 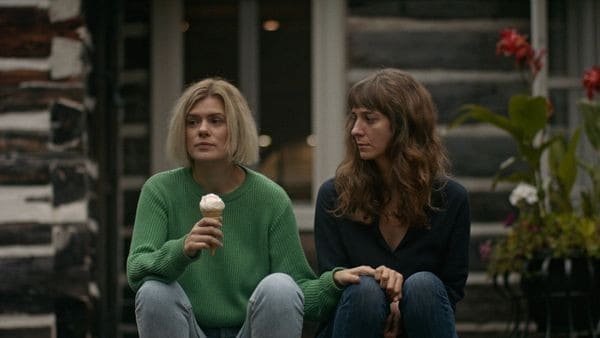 This singular approach is likely to turn off as many as it entices, though even if you’re onboard with the vision, there are other issues; the screenplay wears its views of relationship dynamics on its sleeve through a number of overly expository discussions, and in one scene verbalises the duality of humanity with a clunky obviousness.

An added closing twist also feels a little too much like the directors wanting to give audiences a taste of the altogether less-interesting film this could’ve been, suggesting a goofy final act of revenge which, at least, seems as lacking in satisfaction for Miriam as anything else.

Yet even in its stumbles, it’s tough to argue with the astonishing work from Sims-Fewer, who pulls quadruple duty as writer-director-producer-star and gives a performance of such searing affect as to easily compensate for any grievances. The chemistry between the central quartet sings, but this is its star’s show, and her picture of trauma is about as persuasive as the genre has ever dared to deal out.

It would be difficult to call Violation entertaining, but as a provocative and confident – if necessarily exhausting – revision of the rape-revenge film, it marks the arrival of a fiercely original voice in filmmaker-star Madeleine Sims-Fewer.