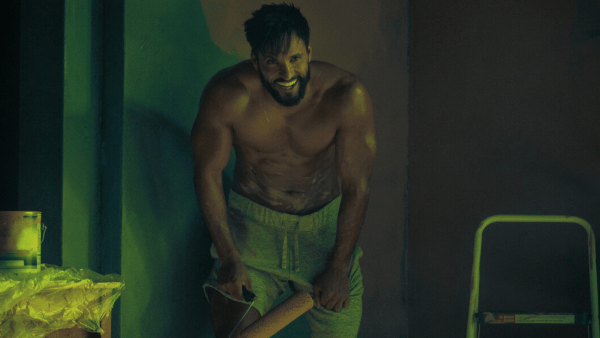 There is something inherently humanising about a love story which stretches back centuries. Weathered by war and forever smitten by one affair of the heart, ‘Conscience of the King’ revels in the one true weakness of all entities. As a grizzled Odin and his elegant paramour Demeter continue to pursue each other in this protracted game of unlikely attraction, their cunning ploys become more devious.

Equally wily in their own way, it is a courtship which has spanned eons and seen casualties sacrificed on the altar of that adulation. Polar opposites fighting against the grain of common sense, each remains enamoured as this lovelorn pursuit reaches its conclusion. Both actors play a dialled back game of cat and mouse, as old-fashioned wooing happens in full force for reasons other than financial gain. Ian McShane is roguish, unruffled and assured in his recently revealed role as a latter day Casanova. 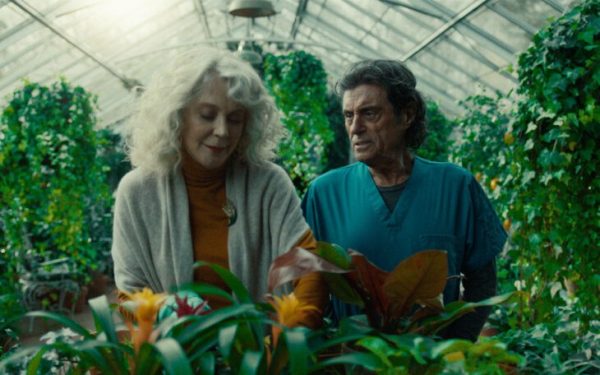 Much of the pleasure to be garnered from episode six is in watching him dominate without breaking sweat, whilst those impromptu history lessons give his effort credence. Meanwhile Blythe Danner is the flame to his firefly, playing coy and savvy yet allowing those seemingly impregnable defences to fall. Elsewhere American Gods concerns itself with other lesser relationships, as Laura and Shadow reacquaint themselves and the residents of Lake View get ruffled.

As ever there is much to admire about this show which some might consider an acquired taste. An eternal clash between progress and stability is always a debate worth having, but fans can be fickle which might explain the lukewarm reaction so far. It may be true that new characters have been introduced and their integration has taken some time, but story wise things have become more progressive recently. 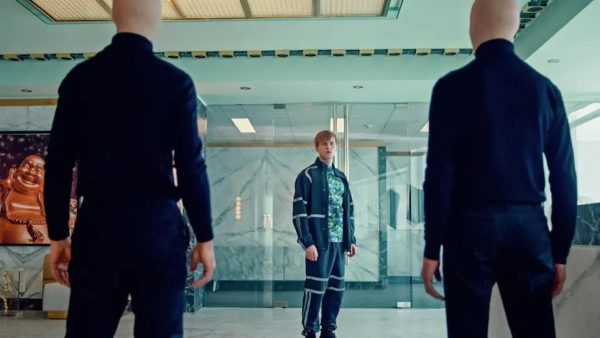 Technical Boy, Mr World and other assorted new Gods have found purpose rather than feeling superfluous. Laura seems to have found her feet in a similar way, while numerous narrative segues have finally resulted in something tangible for Wednesday and his son. Nothing says love more than a depicted shadow play, love struck participants and an ageing audience. Filled with enough historical digressions to fill the Guggenheim, American Gods might not be the monument to artistic longevity that establishment purports to be, but neither is it a dried relic running on empty either.

Audiences are quick to forget and quicker to dismiss those shows which broke new ground. All to ready to consign them to ignominy when their ingenuity becomes old hat. This reaction is more a reflection of the audience than the content they choose to brand as mainstream. Shows such as American Gods and Preacher were a turning point for television, opening the door to projects like Watchmen. It now feels conventional because the innovation of season one was absorbed into the cultural landscape; a backlash was inevitable.