Future State: The Next Batman #4 is out this coming Tuesday, and we’ve got the preview of the issue for you here; check it out… 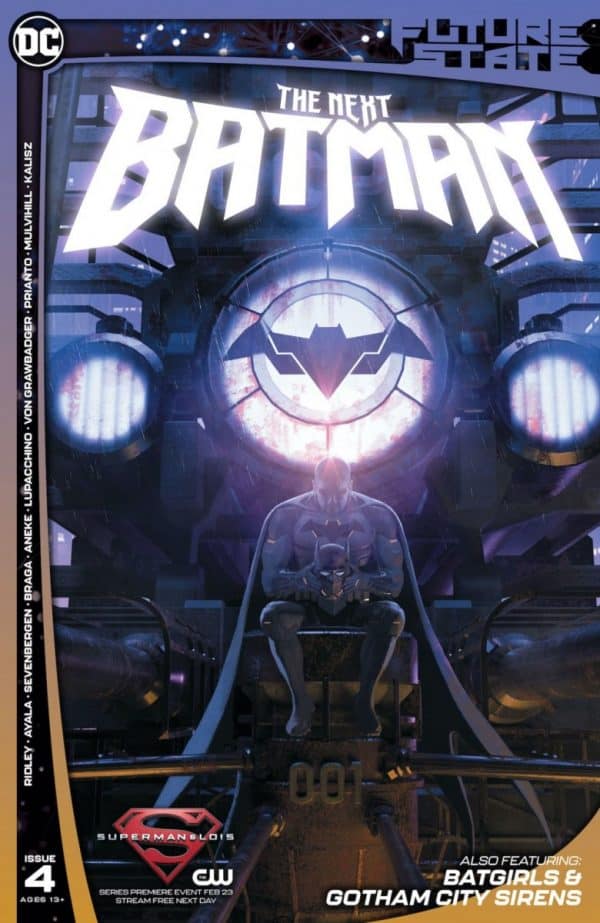 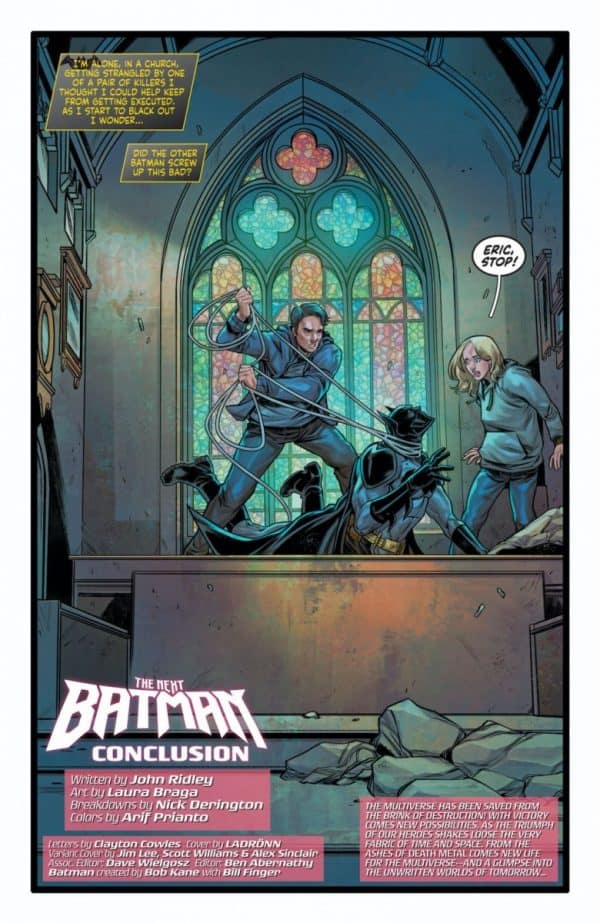 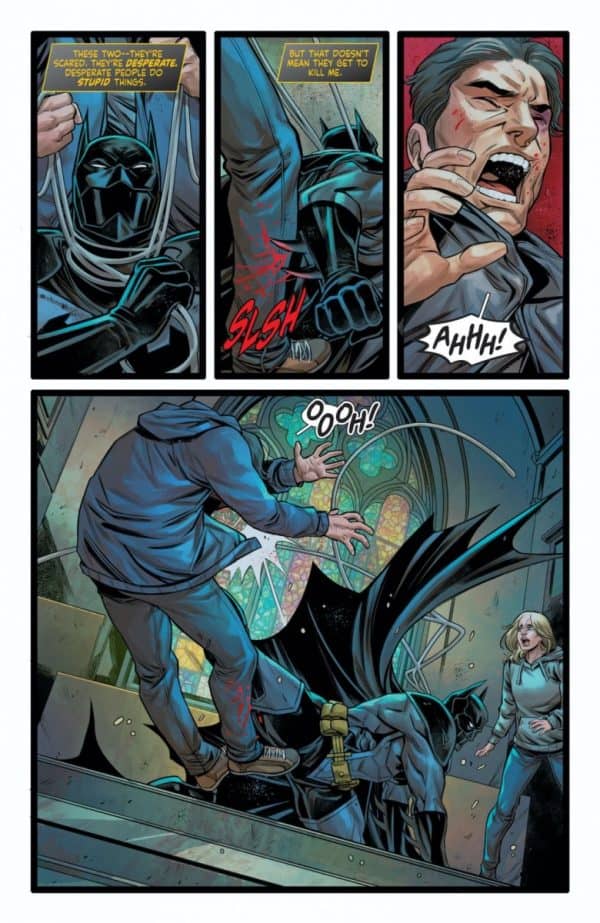 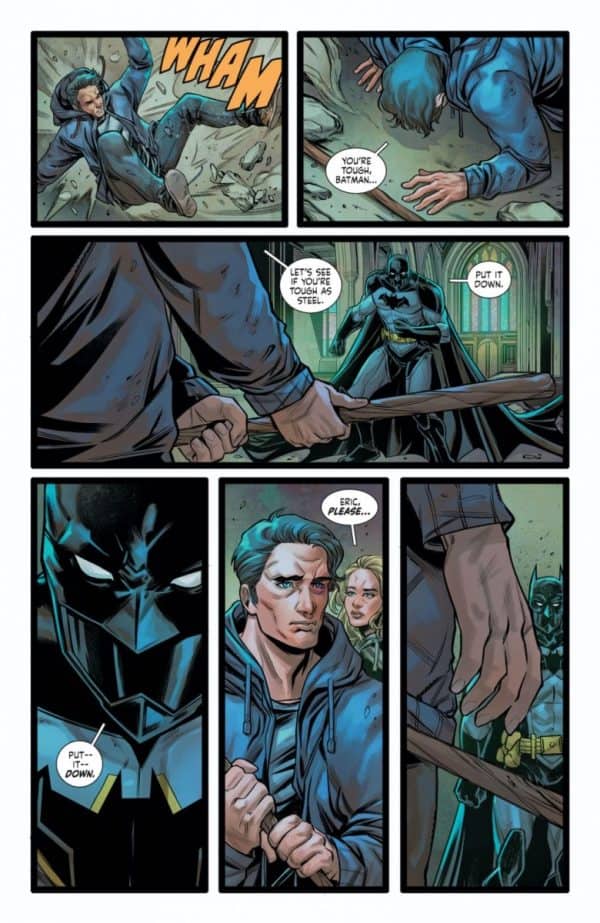 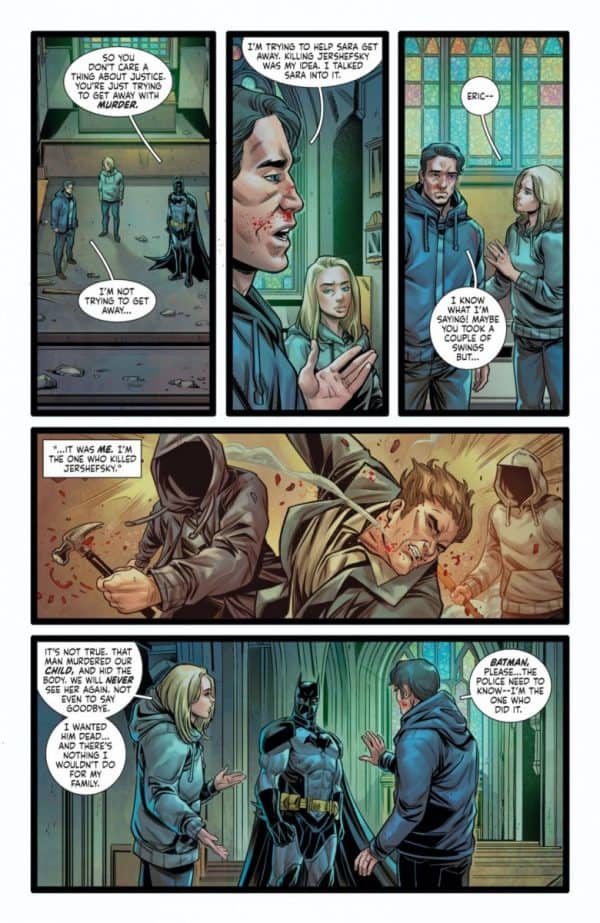 The next Batman goes head-to-head with the Magistrate’s shock troops to protect the…guilty?! It’s a savage running battle across Gotham City, and it will have the next Dark Knight fighting overwhelming odds to prove that justice still lives in the heart of a broken city.

In the finale of “Batgirls,” after discovering the person locked in the high-security cell is the one who’s been sending out “Batman Lives” signals to the Resistance, Stephanie Brown and Cassandra Cain must work together to make sure they take that person when they escape their prison!

Plus, in the conclusion of “Gotham City Sirens,” Catwoman and the new android Siren hide out in Poison Ivy’s newly built paradise, where they discuss their past relationships, including what Catwoman has-or had-with Batman. But when Peacekeeper forces arrive, the new Siren will have to make a sacrifice to save her friends.