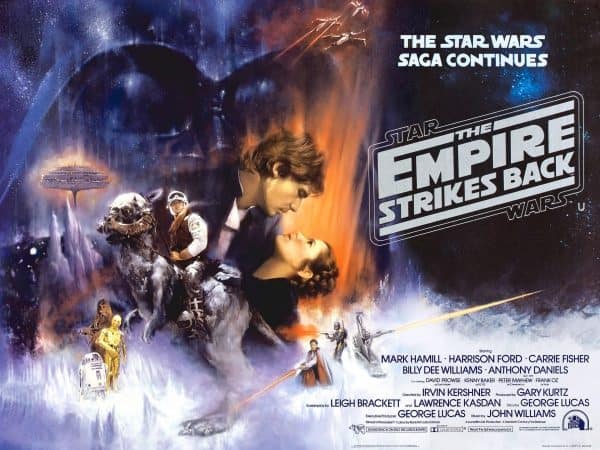 In the first of a two part interview, Court and Harry are joined by Jim Bloom, whose career in the movie and entertainment industries began when he worked with George Lucas on American Graffiti.

Soon after he became an assistant director working alongside many noted filmmakers including Francis Ford Coppola on The Conversation, Robert Altman on Thieves Like Us, Sam Peckinpah on The Killer Elite, Steven Spielberg on Close Encounters of the Third Kind, Hal Ashby on Bound for Glory and Coming Home, Mathew Robbins on Corvette Summer, and Phil Kaufman on Invasion of the Body Snatchers.

Bloom rejoined George Lucas to become an Associate Producer on Star Wars: Episode V – The Empire Strikes Back and the first General Manager of ILM. Following this he became a Co-Producer on Return of the Jedi. He produced Warning Sign for 20th Century Fox, and Fires Within, directed by Gillian Armstrong, at MGM. He has also developed movies with Carroll Ballard, Volker Schlondorf, Warren Beatty, George Miller, and Guillermo del Toro.

In addition to being a producer, Jim worked as a creative executive at Sony Pictures, leading development and production of two business units: IMAX 3D movies (Across the Sea of Time” and Wings of Courage, directed by Jean-Jacques Annaud); and interactive movies. He also worked at Electronic Arts where he was recruited to help leverage EA entertainment properties into EA-TV (an interactive television venture). He later helped found an interactive games company with lead funding from Kleiner, Perkins.