The Marvel Universe will be reborn this May as Marvel launches its new Heroes Reborn event, answering the question of what the world would look like had the Avengers never assembled. The main series, from creators Jason Aaron and Ed McGuiness, will be joined by several tie-in one shots revealing the history behind this new reality and laying the groundwork for the future; check out the tie-ins here… 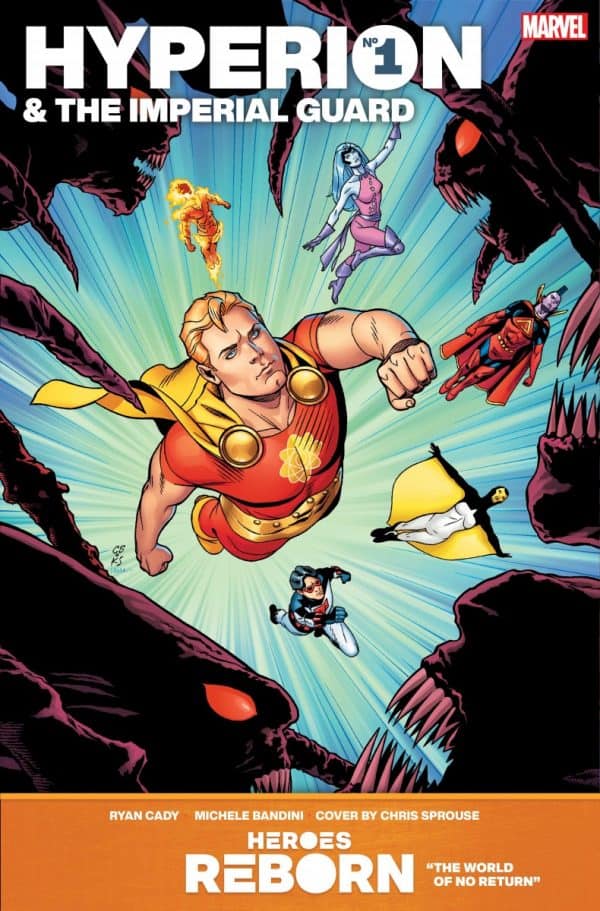 At the center of the grand tapestry that is HEROES REBORN is Hyperion. Witness his surprising beginnings in HEROES REBORN: HYPERION & THE IMPERIAL GUARD by writer RYAN CADY and artist MICHELE BANDINI. The teenage Hyperion’s cosmic quests with his Shi’ar friends near their end, but none of the young heroes are ready to say farewell. A quick mission in the Negative Zone sounds like the perfect coda to a storied fellowship…but what awaits Hyperion, Gladiator and the rest is horror and agony beyond their wildest nightmares! 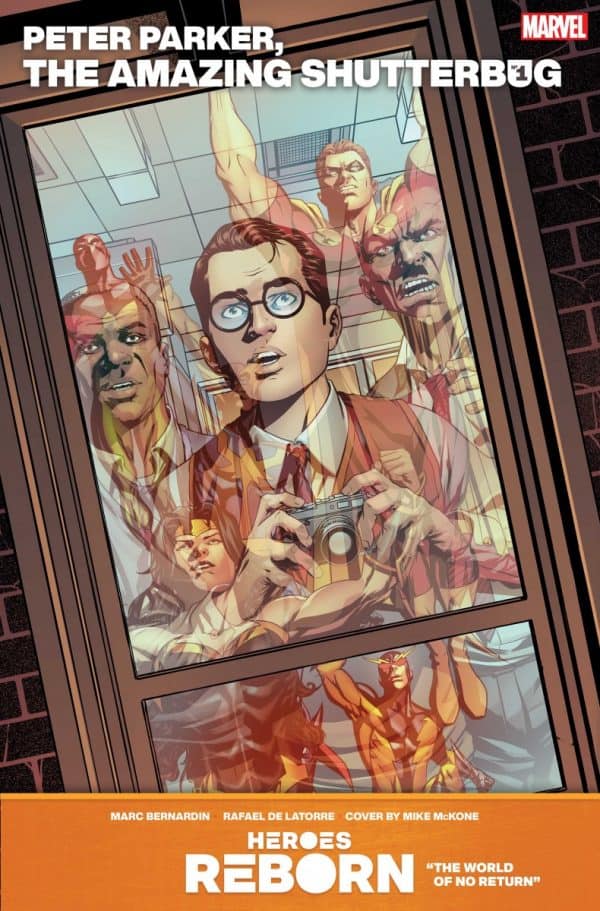 In the thought-provoking HEROES REBORN: PETER PARKER, THE AMAZING SHUTTERBUG, writer Marc Bernardin and artist Rafael de Latorre tackle the mystery behind Peter Parker’s new life. Peter’s the biggest Hyperion fan in the world, and he also just happens to be chummy with his favorite hero thanks to a photography gig at the Daily Bugle! SURELY, nothing can go wrong, with his camera (and him) in the heart of the action… Right? 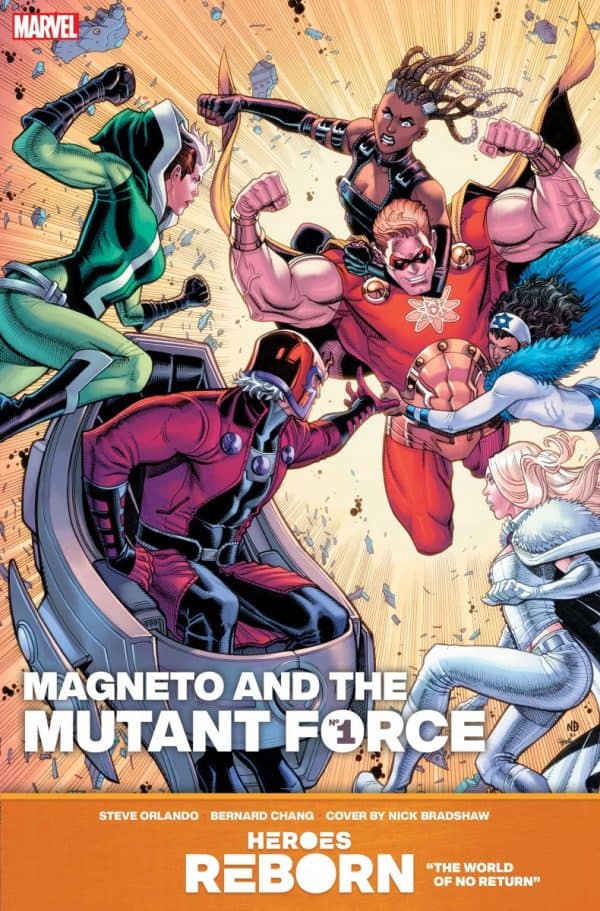 What does this era have in store for mutants? Find out in writer Steve Orlando and artist Bernard Chang’s HEROES REBORN: MAGNETO AND THE MUTANT FORCE. Years ago, Magneto and Professor X led Earth’s mutants in a final push for independence against the Squadron Supreme of America. What followed was the Squadron’s Mutant Massacre, a violent rebuttal that left mutantkind forever wounded, and Xavier dead…or so Magneto thought. Years later, Magneto discovers Xavier clinging to life in the astral plane and gathers his allies for a first-of-its-kind rescue mission to restore hope for mutantkind before it’s too late. 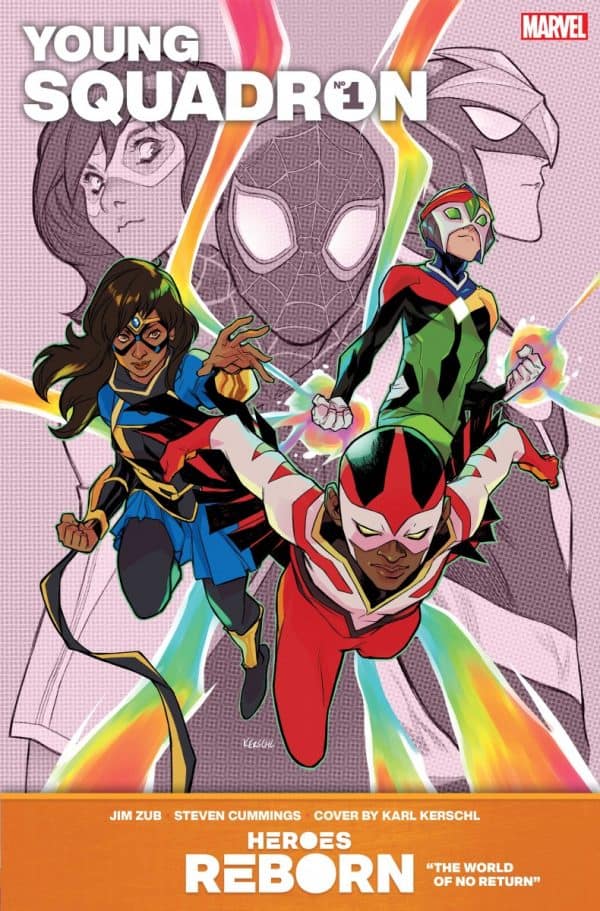 Without the Avengers, Marvel’s brightest young heroes have grown up with different inspirations. See the fascinating results in writer Jim Zub and artist Steven Cummings’ HEROES REBORN: YOUNG SQUADRON. The Squadron Supreme of America have taken root in the hearts and minds of all, but none more so than a trio of youthful champions who call themselves the Young Squadron! Kid Spectrum (Sam Alexander), Girl Power (Kamala Khan) and the all-new Falcon (Miles Morales) are here to here to defend the world against all threats…or are they? 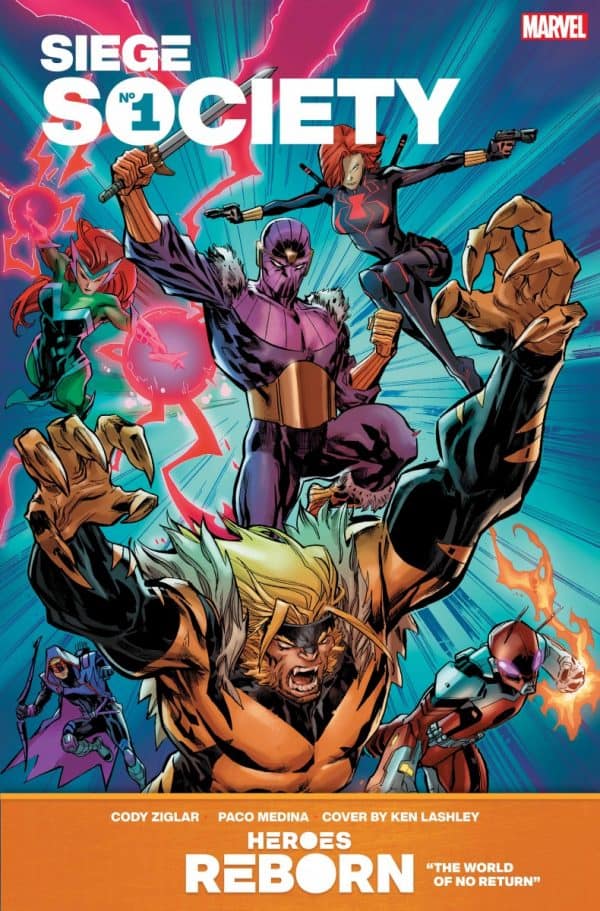 And finally, there’s a new team of villains on the loose and you won’t believe who’s a part of it. Natasha Romanov, Clint Barton, Scott Lang, and Victor Creed lead an assault on the Squadron in writer Cody Ziglar and artist Paco Medina’s HEROES REBORN: SIEGE SOCIETY. After the Civil War that split the Squadron Supreme in half, Nighthawk formed his own Squadron in Europe. But not all of Europe is okay with it. Baron Zemo has put together his own team to take them down and the Squadron doesn’t stand a chance.

Marvel’s Heroes Reborn is set to launch this May.