After announcing a remastered collection of the Mass Effect trilogy last fall, EA and Bioware gave revealed the official trailer for Mass Effect Legendary Edition with a release date of May 14 for Xbox One, PS4 and PC with backward compatibility available for the Xbox Series X and PS5. Watch the trailer below… 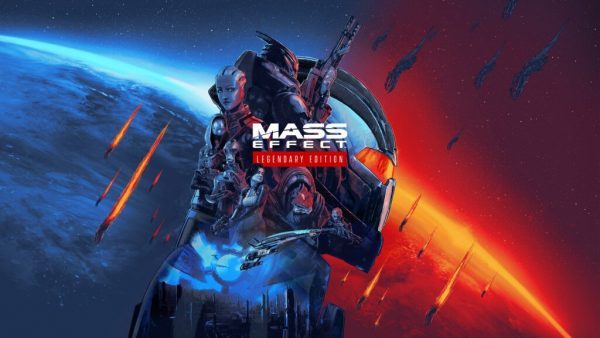 Mass Effect was first released in 2007 and followed Commander Shepard, a human who forms an elite team to combat the growing threat of the Reapers, a race of ancient machines who plan to eradicate all life in the galaxy. The game allowed players to control all of Shepard’s actions and choices, having some very dramatic consequences that echoed throughout the whole trilogy. Mass Effect 2 followed in 2010 with the concluding chapter Mass Effect 3 in 2012.

Mass Effect Legendary Edition will not be a full remake of the trilogy, but will update the graphics to 4K Ultra HD and improve gameplay for today’s consoles. It will include over 40 pieces of DLC across all three games that feature story missions, armour and weapon packs, character skins and more.

Some changes have been made to improve gameplay across the three games for the current console generation with the graphic rendered in 4K definition, providing richer textures, detail and lighting. Specifically for the original Mass Effect, which was exclusive to the Xbox 360, the combat and exploration mechanics have been modernized with better squad commands, aiming and Mako controls, the main vehicle for exploring alien terrain. Additionally, players will have a greater range of choices when creating their characters with expanded skin tones, hair, etc.

Fans will also be pleased to know EA and Bioware has made the female Shepard from Mass Effect 3, commonly referred to as FemShep, the default appearance for the female version across all three games. The female version never had a default setting prior to the final game where fans got to vote on a look for the character and became the canon FemShep. Now players will be able to use that version of FemShep for the whole trilogy.

Mass Effect Legendary Edition will be released May 14.