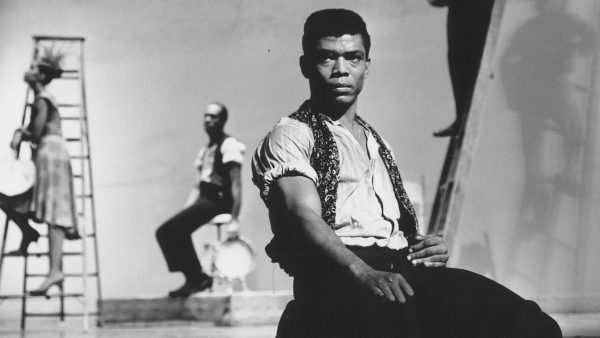 An immersive portrait of dance pioneer Alvin Ailey, told through his own words and a new dance inspired by his life. 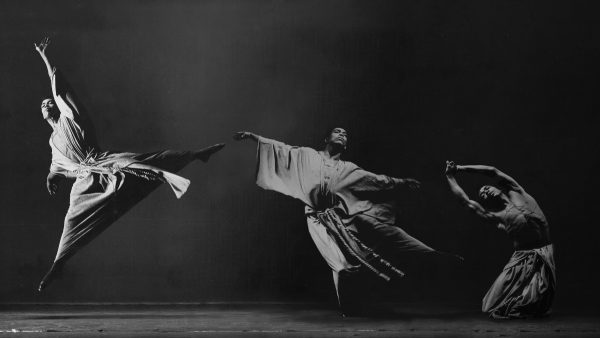 Great documentaries are often able to present a holistic – though not necessarily all-encompassing – account of their subject which appeals to acolytes and newcomers alike, yet Jamila Wignot’s (Town Hall) Ailey more often feels like a brisk precis of the life and times of legendary dancer-choreographer Alvin Ailey. As such, it may leave both camps a little unfulfilled.

Full disclosure from the outset: I come to this film with virtually no knowledge of the man at all, and only slightly more about the art of dance itself. But in its best moments Wignot’s film captures the beauty of poetry in motion, of physical movement’s potential as storytelling, history lesson, protest, and best of all, truth.

Ailey’s ground-breaking approach to dance choreography, suffusing it with expressive meaning representative of his own life experiences, confirms the cathartic, freeing possibility of dance, even if in examining Ailey’s troubled internal life, the film makes it clear that this freedom comes at a spiritual cost.

Wignot’s film is comprised largely of archive materials of the man in his performative element, cut against contemporary footage of his legendary dance company as it is today, the gap often bridged by historic audio interviews with Ailey himself.

The result is a picture of a man who used dance to challenge and transcend the barriers placed in front of him, whether as a Black man forced to prove his “worth” in a white man’s world, as a kid pushed into football while secretly wanting to dance, as a man of Christian faith, or ultimately, as a victim of the AIDS epidemic.

Though the famously guarded Ailey still feels like something of an elusive figure by film’s end, we do nevertheless get a scrawled impression of a lonely, obsessive master who poured himself into his art, channelling both agony and ecstasy through it.

Perhaps most touchingly, his grief over the sudden death of his collaborator Joyce Trisler in 1979 led to the feverish creation of his “Memoria” ballet the very same year. It’s also a pivotal event in Ailey’s life in so much as it inspired him to accept the lurch of mortality and truly live, even wracked with mental health crises and crushing self-criticism as he was. It creates a familiar yet evocative picture that genius can isolate a person from those around them.

While Wignot perhaps understandably doesn’t dig too deep into Ailey’s mental health breakdown or substance abuse issues, it’s a little more disappointing that there isn’t more time devoted to the particulars of dance choreography design itself. Some of the more flowery assertions here convince only dubiously – to me, a self-described “outsider” to this scene, at least – though the performance footage of Ailey at work makes a powerful case for how easily audiences can get locked in his grip.

If it at first seems like the doc is planning to eschew talking heads typicality, it soon enough gives in to that style, assuming a totally standard issue form as couldn’t feel much more opposed to the free-wheeling nature of Ailey’s stage work. It still forms into a solid retrospective albeit one that, when not showing actual dance, feels a little dry.

It scarcely needs to be said that you’ll get more out of this if you’re deeply invested in the material already, yet it can’t help but be a compellingly human portrait regardless. More successful as a celebration of dance’s emancipatory potential than a comprehensive tell-all of the title figure, Ailey is at least reverent without deigning to be a hagiographic puff piece.

This intriguing if incomplete biographical documentary only scratches the surface of its subject’s clear genius.