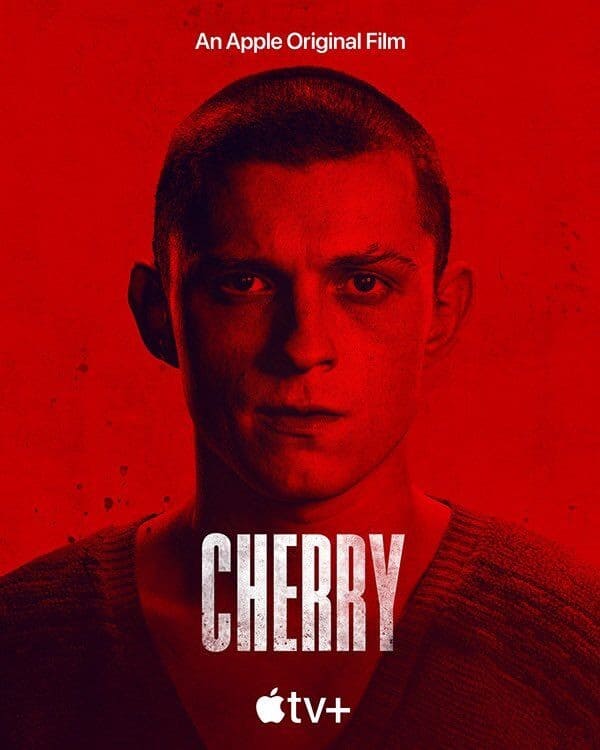 An Army medic suffering from post-traumatic stress disorder becomes a serial bank robber after an addiction to drugs puts him in debt. 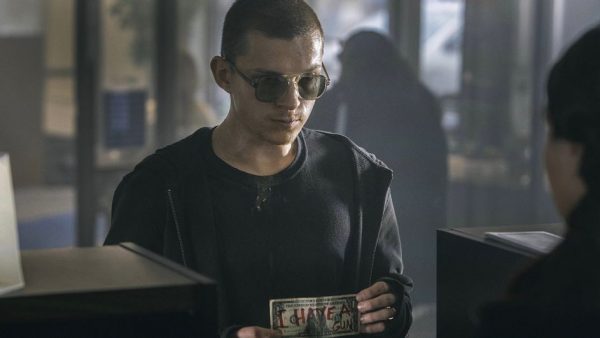 Broken up into six different chapters, there are multiple angles for directors Joe and Anthony Russo (who are proving to be at once flexible filmmakers in terms of genre but limited in terms of emotional storytelling, at least without 20 movies of preceding material building to tearjerking moments) and writers Angela Russo-Otstot and Jessica Goldberg (adapting the novel of the same name by Nico Walker, recounting similar life experiences) to find the crux of the tragedy within Cherry. Unfortunately, that sprawling ambition has yielded scattershot results involving a poorly structured narrative that doesn’t so much switching gears from chapter to chapter but rather shamelessly become different movies lacking organic transition.

I unquestionably have a few good things to say about every chapter, with the one constant across the entire film being the intensely self-destructive performances from Tom Holland (continuing to shed his Marvel image and revealing new layers of acting talent willing to tackle method challenges) and a breakthrough turn from Ciara Bravo that deserves almost as much complementary talk as what will assuredly come Tom Holland’s way. Due to technical difficulties, the virtual screening didn’t instantaneously work properly meaning I missed the first five or so minutes of the movie, but it was always clear who these people are and where they come from and what they would be attracted to. Nevertheless, the strong attraction that quickly develops between young loves Cherry and Emily (grounded in experimental drugs and codependency for one another) feels natural. 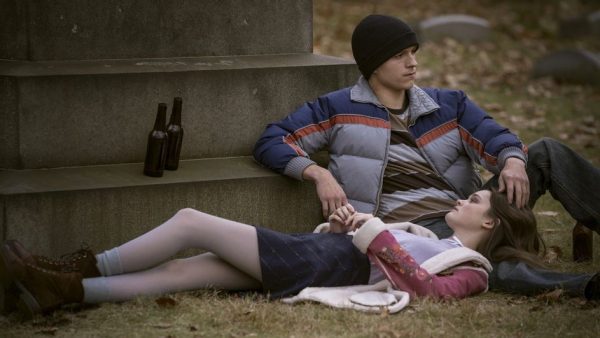 This is also where Cherry, for as overstuffed as it is, is also scant. Packed with as much narration as a Martin Scorsese crime epic, the story never really pumps the brakes to spend time with these characters. Instead of letting that love simmer and gradually elevate, the relationship is treated like a cheap plot device for drama, stirring up conflict and pushing Cherry to enlist in the military and off to the Devil’s Triangle. However, it’s easy to stick with the film not only because it’s always compulsively watchable, but that the filmmakers don’t slide into jingoism. Cherry respects the men and women signing up to perform their service, but is not afraid to occasionally condemn the system itself and highlight the reasons people feel the need to join in the first place. In that respect, it’s a story of young love sidelined by both poor decision-making and a war that chewed people up and spat them out as absolute messes.

There’s also the fact that the war section is fairly basic and is lucky to take up 30 minutes of screen time, with action sequences framed well (as to be expected from the directors of the Avengers) but fail at finding purpose and electricity beyond the shock value of seeing your friends burned alive and contracting PTSD. It wouldn’t be fair to say that Cherry misses its marks with the goal of every chapter, but it all lands with little effectiveness and the disappointing sensation that all the Russo brothers are capable of doing here is the bare minimum emotionally. 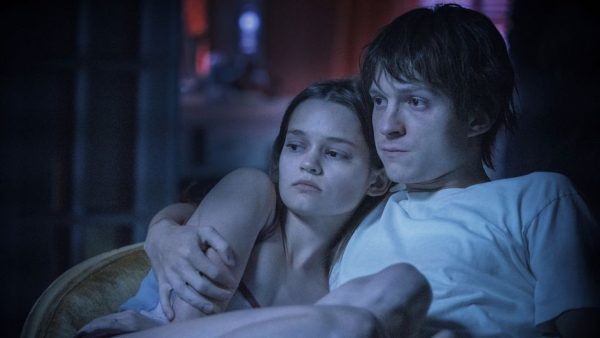 As filmmakers, the Russos also seem to be aware of this, masking storytelling failures with over-stylized presentation seemingly determined to ape off anyone and everything. This includes but is not limited to changing color palettes, playing with aspect ratios, relentless energy and F-bombs, a dark comedic touch for certain absurd scenarios, fourth-wall-breaking, warped visuals of reality, and bizarre asides to characters that don’t matter just for the sake of quirkiness. If you asked me if Cherry is more like Trainspotting or Requiem for a Dream, I would tell you it’s as if the Russo brothers saw both and couldn’t decide which one they wanted to try copying more.

Fortunately, Cherry does find its footing somewhat as the titular war veteran’s undiagnosed PTSD spirals out of control to the point where he and Emily make a unified choice to become dope fiends/hardcore heroin addicts in order to stick together romantically. There’s a scene early on where they discuss feeling as if they are meant for one another, and thanks again to their tremendous chemistry it’s a dialogue exchange that can faintly be heard over and over as they make more terrible decisions, but empathetic ones. It also helps that these final two chapters are around an hour of the movie and absorbing for both the raw acting talent and horrifying wonderment of where it all will conclude. Cherry does end, but somehow with an ending that should be a layup for emotional catharsis, yet comes across as another moment of wasted potential. There is a movie worth watching here, but it has nothing to do with anyone writing or directing the film.