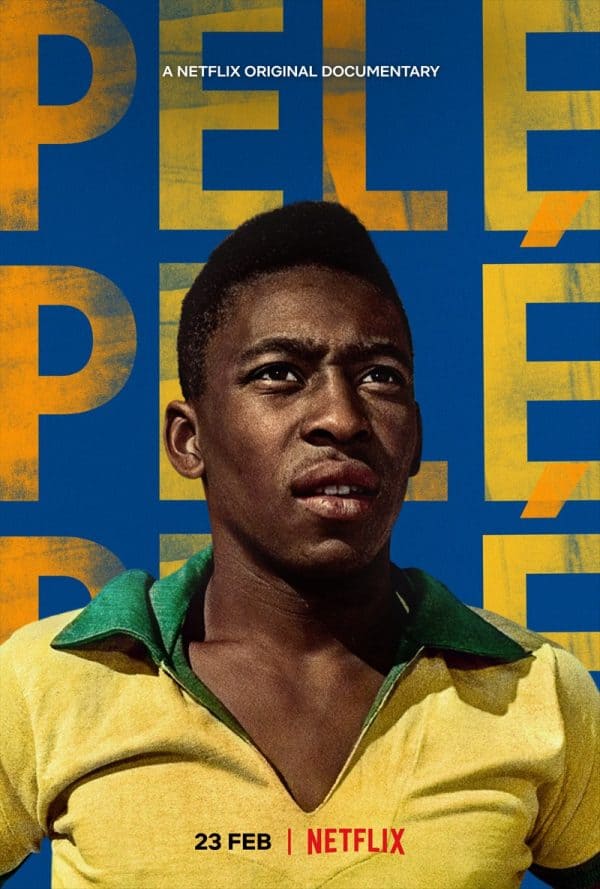 Pelé chronicles the life of the Brazilian football player, Edson Arantes do Nascimento – better known as Pelé. The documentary looks back at the extraordinary period that Pelé, the only player to win three World Cup titles, went from a young superstar in 1958 to a national hero, amidst a radical and turbulent era in Brazilian history. 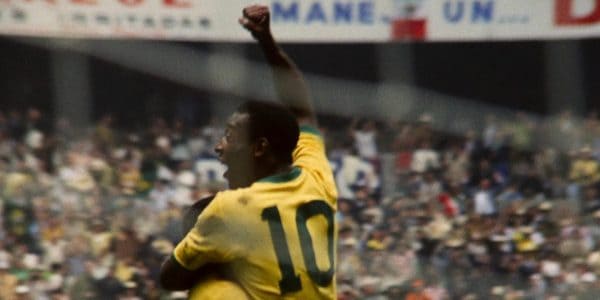 If the brilliance of Asif Kapadia’s kinetic Maradona documentary manifested his supernova career as a Goodfellas style, Naples-set drama, then this new retrospective of Pelé, arguably the only player who could get close to reaching the Argentines legendary status, is akin to The Irishman.

The great Brazilian was in no way mixed up with the same kind of nefarious crowd as his footballing equal, even if his association with the late 60s dictatorship of his country provides one of the most fascinating threads of this film, but the documentary frames him in much the same way as Scorsese did with Robert DeNiro’s ageing gangster.

Case-in-point being that after flourishes of colour, crowds, and samba sounds during the prologue, we’re then introduced to Edson Arantes do Nascimento as he slowly appears in frame, using a walking aid, and it’s honestly an incredibly moving moment that takes your breath away, realigning your expectations for the film as something so much more than simply a highlights reel.

Granted access to an icon, you might expect the filmmakers to indulge in a certain level of sycophancy, but the documentary isn’t shy in portraying Pelé as a fallible figure, and neither is the man himself, often offering up forthright insights into subjects such as his first marriage, his infidelity, or how he wasn’t going to The World Cup for his country, he was doing it for himself. Nothing feels manufactured, from how he’s depicted as a man, to the startling archival revelation that his goal celebrations are really rather rubbish. 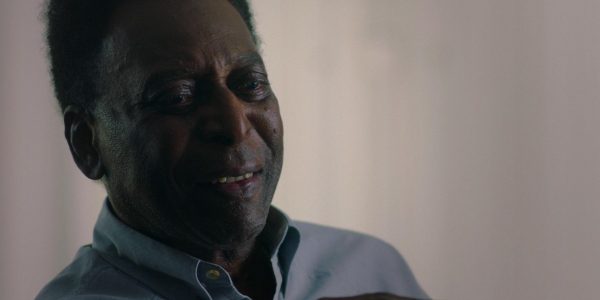 Childhood memories, individual matches, his tumultuous time in England during the ’66 World Cup, and the sheer look of exhaustion on his face having scored his 1000th career goal, are all recalled with clarity by Pelé, and he often feels the weight of these moments, which on more than one occasion causes him to breaks down in tears. It’s this kind of unfiltered depiction of an icon which makes this a must-see, especially in this age of media-trained, soundbite obsessed, “we’re just concentrating on the next game” automatons.

Some of the archive is impressive, particularly match footage from the World Cup Final in 1950, which Brazil lost on home soil to Uruguay, something the national team has been unable to rectify to this day, and which obviously contributed towards the tremendous weight placed on Pelé by his country, and at times the government. It’s the latter which is especially fascinating, with his political neutrality at a time when Brazil was ruled by authoritarian President, Emílio Garrastazu Médici, causing criticism even now.

However, there’s also fun to be had; a reunion with his old Santos teammates sparks a wheelchair bound Pelé into life, and there’s something quite beautiful about the way an old shoe-shine box is incorporated by the filmmakers that provides a wonderful grace note to the documentary.

They’ll be countless films made about Ronaldo and Messi once they’ve hung up their multi-coloured unicorn skin boots, but like Maradona, you’ll be hard-pressed to find a subject as enthralling, human, or intrinsically linked to their culture and country as Pelé, and this documentary is a fitting tribute to that legacy.