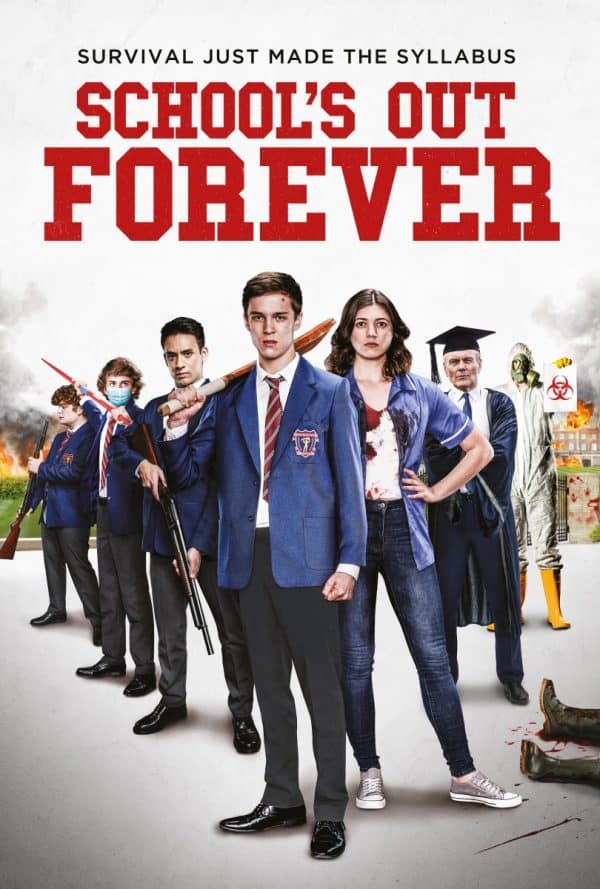 In the wake of a deadly pandemic, a group of immune teenagers and their teachers hole up in a school, only to come under threat from a heavily-armed parish council. 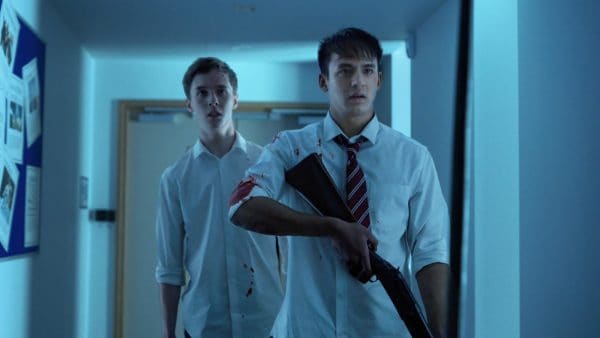 There’s an elephant in the room when it comes to School’s Out Forever in that it has, unwittingly, become ultra-timely. When cameras rolled on director Oliver Milburn’s adaptation of Scott K. Andrews’s novel in the summer of 2019, nobody involved could have predicted that its story of a deadly “superflu” pandemic wiping out much of the country’s population would hit quite so close to home. Suddenly though, the movie feels like it has been ripped from the headlines.

It focuses on the students of an exclusive school for boys, with scholarship pupil Lee (Oscar Kennedy) returning to the school that previously expelled him in order to find a safe haven. Sure enough, a small band of survivors led by teacher Mr Bates (Alex Macqueen) and the school matron (Jasmine Blackborow), as well as Lee’s best friend Mac (Liam Lau Fernandez), are using the building as sanctuary. Rare blood types make them immune to the disease. Their peace is interrupted when shotgun-toting representatives of the local parish council arrive, leading to bloodshed and an armed siege of the building led by the chilly, sinister Georgina (Samantha Bond).

One of the most interesting, surprising and ultimately troublesome aspects of this movie is just how nasty it proves to be. Initially, the film is set up as a larky – if fairly dark – teen comedy with a handful of explosions of violence and gore. The presence of comedy stalwarts like Anthony Head and The Inbetweeners star Alex Macqueen among the adult cast certainly backs up that notion. However, the second half of the film turns into something genuinely horrible, with strong elements of Lord of the Flies and lashings of Battle Royale taking centre stage. 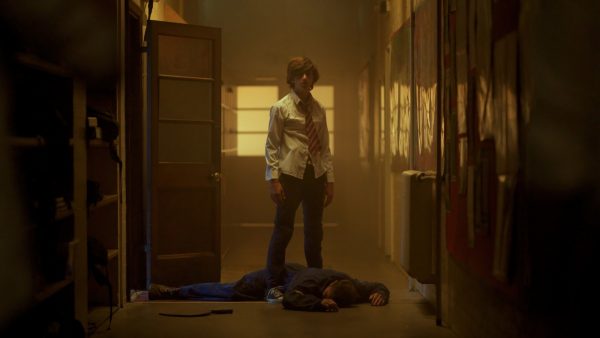 In itself, this wouldn’t be a problem if it were done right. A better script than Milburn’s translation of the book might’ve been able to make the nastiness work, but there’s a lack of conviction at play here. It wants to have its horrific cake and eat it, indulging in its violence without ever really sitting still for long enough to ponder what this nastiness has to say about its characters and the society in which they live. There’s ample room for class politics and commentary in the fact these kids – and their middle-class council adversaries – are at the top end of the privilege spectrum, but it never comes to anything substantial.

This is doubly disappointing given the fact the building blocks are there. Protagonist Lee – played with likeable charisma by Oscar Kennedy – is an alien in the school, having got in on a scholarship rather than the wealth and connections of colleagues like Fernandez’s super-entitled Mac. He’s the son of an MP and an avatar for the toxic masculinity of every born-to-rule douche who has absolute belief in their ability to thrive in a survival scenario. Despite all of this intrigue, the film almost seems afraid of confronting issues head-on. It prefers to simply revel in the horror.

School’s Out Forever is graced with an ensemble of terrific performances, from the well-known faces – Macqueen is particularly good as a man with absolute faith in systems – to the younger performers. Kennedy has great chemistry with Blackborow’s witty nurse and the movie has consistent fun playing with the tropes of post-trauma romance, which so often come to the fore in films like this. That duo serves as the moral core of a film which increasingly spins down a drain of bleakness, albeit a drain of which it seems to be unaware. 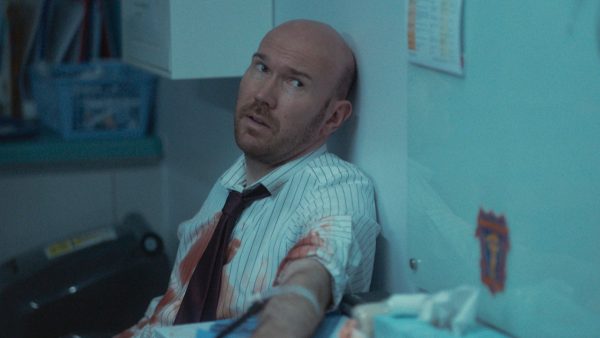 The core issue is one of tonal discordance. There’s room for this to work as a genuinely dark study of privileged youth exercising violent fantasies without fear of consequences and also plenty of space for it to be a splattery comedy about Middle England like the brilliant Hot Fuzz or the considerably less brilliant Slaughterhouse Rulez from a few years ago. Sadly, despite Milburn’s considerable gory flair, this is a movie that is simultaneously far too nasty and not nearly committed enough to its black heart.