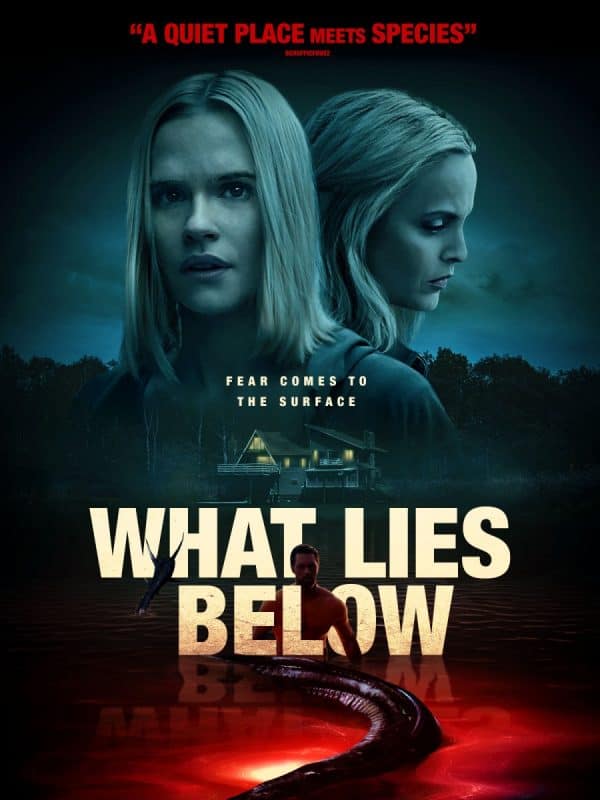 A 16 year-old girl returns home from camp and learns that her mother has a new boyfriend, one she intends to marry; a man whose charm, intelligence and beauty make him look like he’s not human at all. 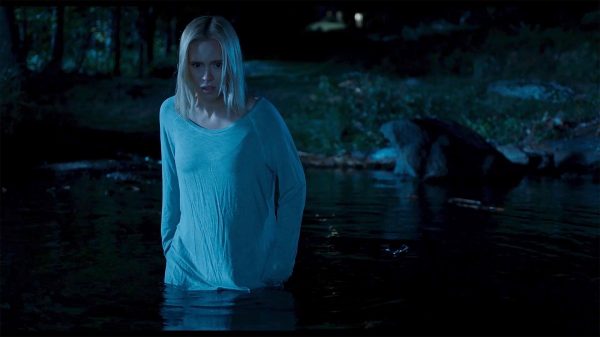 It’s always nerve-racking when we have to meet our parents’ new boyfriend/girlfriend/inflatable companion. Wondering and worrying about what this new stranger in our lives will be like. Will they be a kind-hearted soul who wins you over? Or will they be an insufferable bastard who makes you question your parents’ judgement? Of course, this ordeal is even worse if you live in a horror film and the new squeeze is something far more terrifying. This leads me to the subject of this review; the horror-thriller What Lies Below.

The plot of What Lies Below is a familiar “new step-parent” horror story. Ticking many of its cliché boxes with its introverted teen heroine, loved up mother and a new stepfather who is so wonderful that he is obviously evil. The script handles these familiar tropes decently enough, adding some elements to proceedings for that extra layer of tension. Such as our heroine Liberty being so charmed by John, her new stepfather, that I honestly thought an inappropriate love triangle was a distinct possibility. 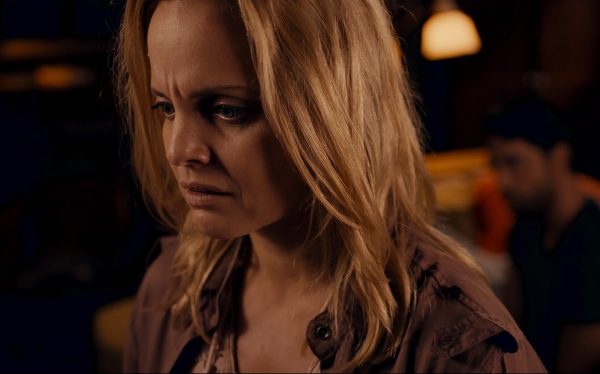 The most notable addition to this story is how it approaches the inevitable reveal that the new step-parent is not quite as perfect as they appear. John is indeed evil, but he is not your standard psychopathic killer with a penchant for massacring families. Instead, he is something that is not even human. While it is a nice spin on this tried and tested trope, the film sadly doesn’t (or, perhaps, due to budget constraints is unable to) take advantage of it. Instead, spending much of its runtime building up to a pay-off it is unable to afford. It’s not all bad and what we are given is at least intriguing, but it does leave you wanting, especially with an ending that hints at a far larger story waiting to be told if only the budget could stretch that far.

Despite the faults with the script, the cast does a decent job. Ema Horvath gives a strong performance as our heroine Liberty. The characters awkward and reserved personality allowing the actor to create a sympathetic protagonist, even if the script has her making some rather stupid choices. Mena Suvari gives an appropriately annoying performance as Liberty’s mother, portraying the character as the kind of person that never shuts up about how wonderful her new boyfriend is. At least, when she isn’t revealing way too much about how much she has been ‘riding’ him (as she does in a very questionable exchange to her DAUGHTER!!!!!!) Although she is annoying (and I honestly mean that in a positive sense), Suvari plays the part with such conviction and a sense of fun at times that it miraculously works. 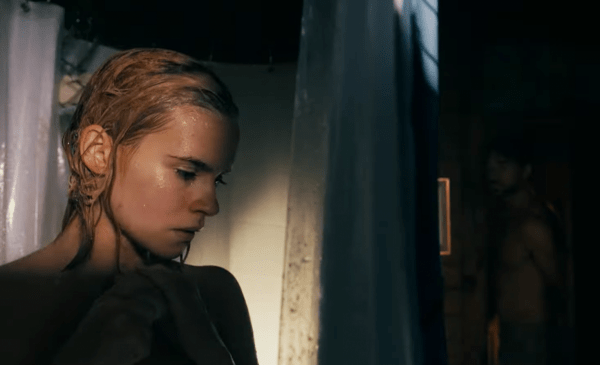 The show-stealer though is Trey Tucker as John or, as I like to call him based on his introduction; Johnny Speedo, an impossibly handsome, smart and kind man with a crippling allergy to wearing shirts for longer than 10 minutes. Tucker nails his part, using his kindly persona to charm those around him, yet still playing his “nice guy” act with a hint that there is something “off” about him.

Yet, after an awkward incident involving his fingers, tongue and a teenage girls period blood, Johnny Speedo starts to reveal his sinister scaly secret. After this moment, Tucker drops the charade, becoming a much more obviously devious presence. The kind of deviant who lurks on the other side of a shower curtain while miming sexual acts to a teenage girl, as he does in one very uncomfortable scene. It’s a weird but honestly entertaining performance and one that works primarily because of Tucker’s dedication and enthusiasm, the actor obviously revelling in playing the villain. 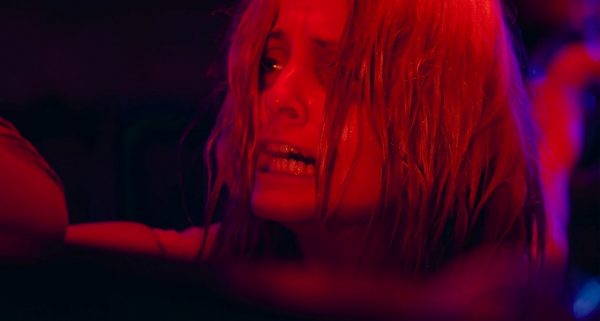 What Lies Below is a decently made film, with writer/director Braden R. Duemmler maintaining a suitably morbid and queasy atmosphere throughout its runtime. This is complemented by a synth-heavy score coupled with an often neon red-tinged visual style that gives the film a subtle retro feel. The pacing is consistent throughout, with things moving along a leisurely speed. Although, it could have done with a little less conversation and a little more action.

What Lies Below strikes me as a film that I’ll likely wrestle with for some time. Perhaps, even after this review is published. On the one hand; it is decently made, competently acted by the cast and sports a nice spin on a well-worn plot. Yet, due to its lack of a satisfying pay off (again, likely due to budget limitations) after so much build-up, coupled with its flawed script, I am left strangely disappointed with it. It has an intriguing story to tell and maybe with a quick re-write and a bigger budget, perhaps, it could have been something great. Put simply; I didn’t hate What Lies Below, far from it, but I didn’t particularly love it either.