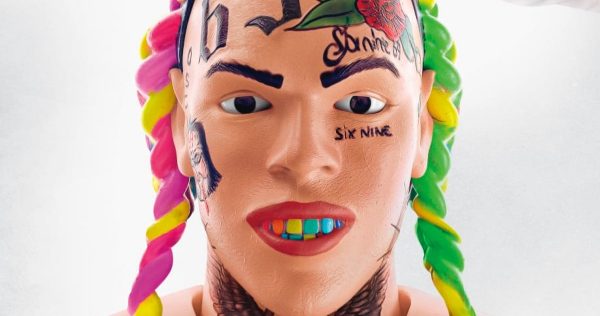 This three-part documentary directed by Karam Gill explores the cultural impact of Daniel Hernandez, known globally as Brooklyn born rapper Tekashi69, and charts his rise from obscurity into a media spotlight of his own making. Using intimate footage and talking head soundbites from close family, music industry experts and Brooklyn gang members, Supervillain explores the power of social media in making that happen.

Daniel Hernandez created this tattoo sporting, rainbow bleached alter ego in search of adulation. To propagate, propel and sensationalise he aligned himself with influences which would legitimate that image. Millions of people around the world bought into this myth, making him not only financially secure but iconic. In telling this story director Karam Gill creates a narrative which feels like a cautionary tale with sides orders of heavy artillery. 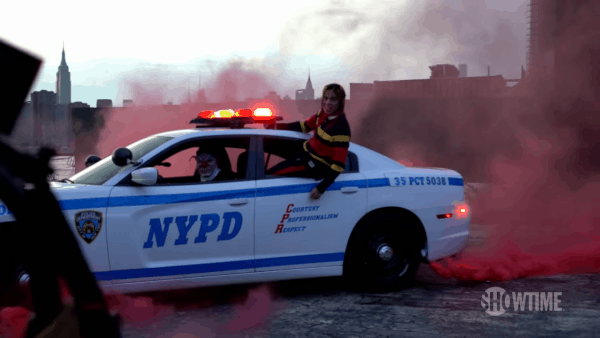 Media buzz, image over substance and a savvy manipulator sit at the centre of this fascinating insight into our cultural landscape. Taking away the moral and ethical implications of what Daniel Hernandez did to achieve his goals, that ability to instinctively understand a zeitgeist moment and exploit it is commendable. His currency might be antagonism and the fallout from it jail sentences, but Tekashi 69 exemplifies a cultural ethos of self-interest.

That everyone fails to admit that they saw him as a cash cow and chose to stick around because of that, somehow gets glossed over. There is no doubting his morally ambivalent intentions and desire for fame, but also if Tekashi69 lacked magnetism the documentary wouldn’t exist. Condemnation from those on camera comes thick and fast, while the rapper himself appears blithely ignorant. 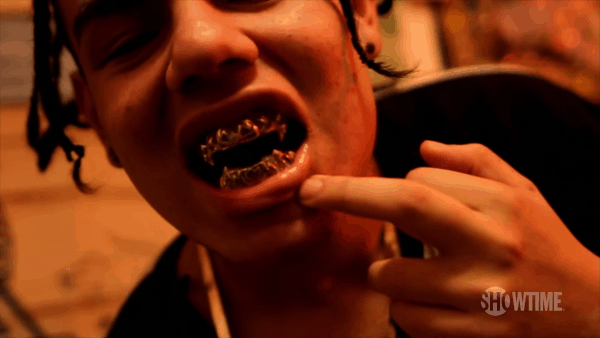 Supervillain intercuts this gaudy tale with narration from Giancarlo Esposito, which merely serves as support for actions being played out on screen. Over the course of three hours Tekashi comes off as a musical glitch, a zeitgeist aberration and ultimately a prisoner of his own success. Where Supervillain comes into its own is through an ability to look beyond the sensationalised elements, street level treachery and self-serving nature of fame.

As malignant as Tekashi may come across on film, there is a side to him which feels victimised. That he brought it all on himself is a flimsy argument, considering how many people aided and abetted him to achieve that notoriety. As much as there is room to judge this self-made man and his actions, it is something Karam Gill declines to do directly. Instead, he documents, questions and enquires allowing circumstances to speak for themselves. 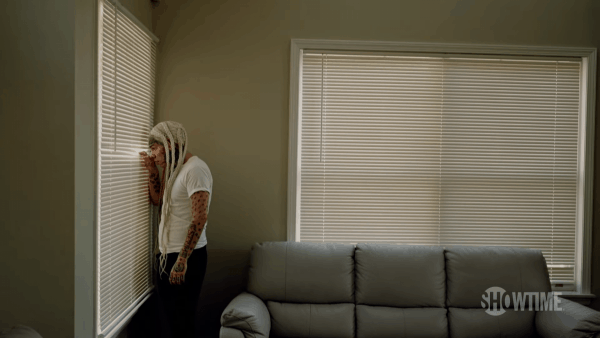 Some may call Supervillain a flamboyant exercise in self-promotion. In spite of the soulless approach taken by its subject, this documentary goes some way to promoting a product who is fully aware of his transparency. In a time when anyone with a camera phone and Instagram account can stake their claim in the public eye, Supervillain shines a light into some dark recesses allowing audiences to draw their own conclusions.

Supervillian airs every Sunday for the next three weeks on Showtime.