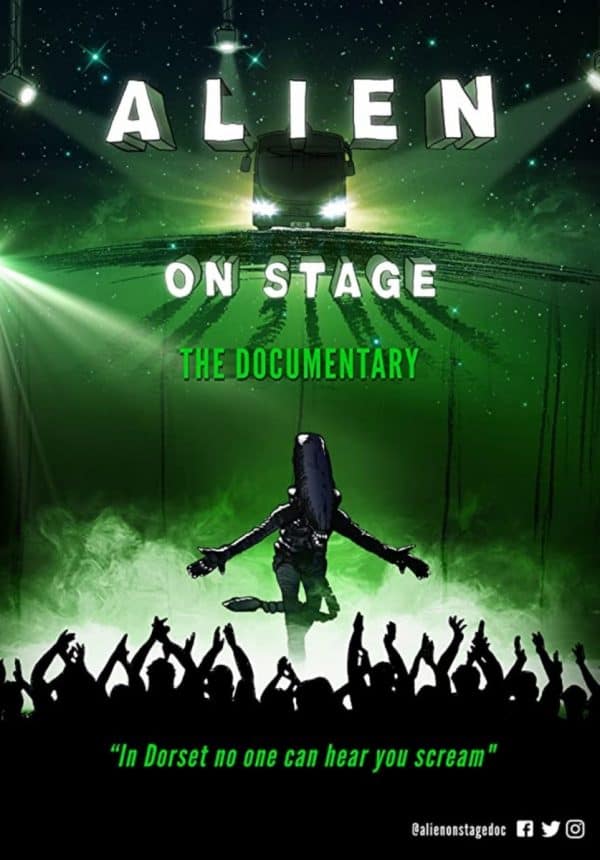 British bus drivers’ amateur stage show of Ridley Scott’s Alien accidentally makes it to a famous London theatre! With awkward acting and special effects requiring more luck than judgement, will their homemade homage be alright on the night? 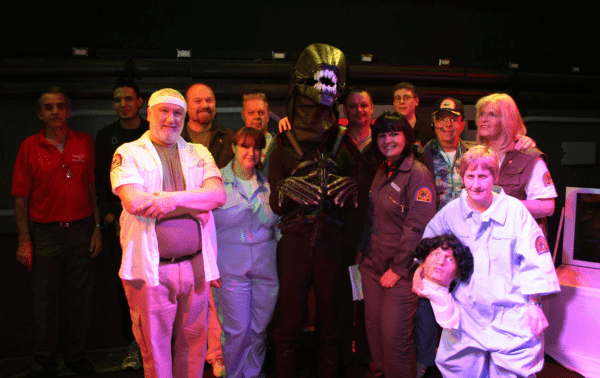 In a cinematic landscape that seems ever-increasingly reliant on milking brand identity for every cynical drop it’s worth, there’s something to be said for an altogether nobler kind of IP rehash – one done out of love by its fans (and better yet, with the proceeds going to charity).

Alien on Stage, the hilariously peculiar yet sweetly spirited documentary from filmmaker-fans Lucy Harvey and Danielle Kummer, chronicles the efforts of a group of Dorset bus drivers to host an amateur stage show based on Ridley Scott’s 1979 sci-fi opus Alien.

Harvey and Kummer’s doc briskly examines the challenges of adapting a hit movie into a low-fi theatre piece, the stakes of which are only hugely elevated when, after their scarcely-attended first performance goes viral, the cast and crew are crowdfunded for a lavish one night only reprise in London’s Leicester Square. 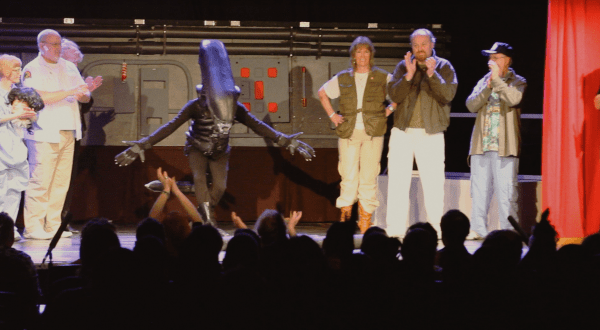 Despite its technical perfection, Scott’s film actually has an elegant simplicity to its narrative and characters which makes it better suited to the theatrical format than one might first appreciate. That doesn’t change the fact that this adaptation is an undeniably ramshackle production, defined by howlingly cheap homemade sets and props, while numerous cast and crew members wear multiple hats, whether doubling up roles or helping out on the technical side of things.

The man responsible for creating the show’s Xenomorph suit even ropes in his dear wife to be the stunt double for Ash’s severed android head; if that’s a funny mental image for you, you’ll probably get plenty out of this. The charming seat-of-their-pants nature of the production transpires through to this warm-hearted film itself, which provides plenty of face time with the amusingly aloof bus driver cast members, most of whom make no attempt to hide their thick Dorset accents when on stage.

So beguiling are these off-the-cuff sit-downs with the cast that Alien on Stage could easily pass for a mockumentary at times. And though there are certainly moments where one is left to consider just how in on the joke all of the participants are, this doc also never feels like it’s looking down on the artists or their earnest efforts. There’s a prevailing, unfeigned enthusiasm for these amateur dramatic performers expressing their love for one of the all-time great works of sci-fi media. 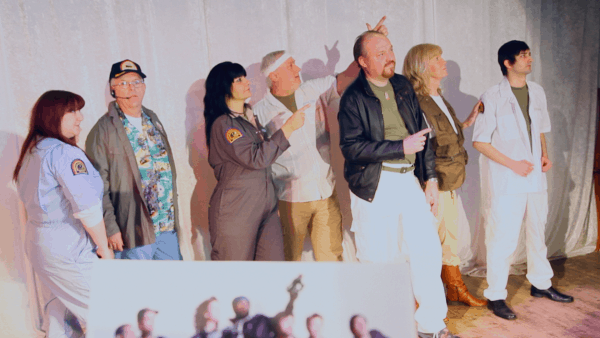 It’s not a spoiler to say that the prep for the big London show is, to be polite, a clusterfuck; lines seem only dubiously learned and the technical side is still being locked down mere hours before it’s supposed to kick off. The film’s third act is then largely devoted to condensed coverage of the performance intercut with roving cameras in the tense backstage area, making for an endearingly intimate and spry account of the night.

At a broader level, this is a film less about a classic movie becoming an unlikely cult comedy stage show than it is the joy of creation and performance, and the importance of finding a passion outside of one’s paid day job. It is nothing if not an affecting underlayer to the wackier story of the show’s assembly itself.

Befitting the production’s own roughshod aesthetic, this isn’t the most finessed or polished documentary, though the easy affability of the central subjects and the outcome of their efforts are more than enough to sustain interest. All in all, this enticingly absurd feel-good documentary is a winsome testament to the power of a can-do spirit.