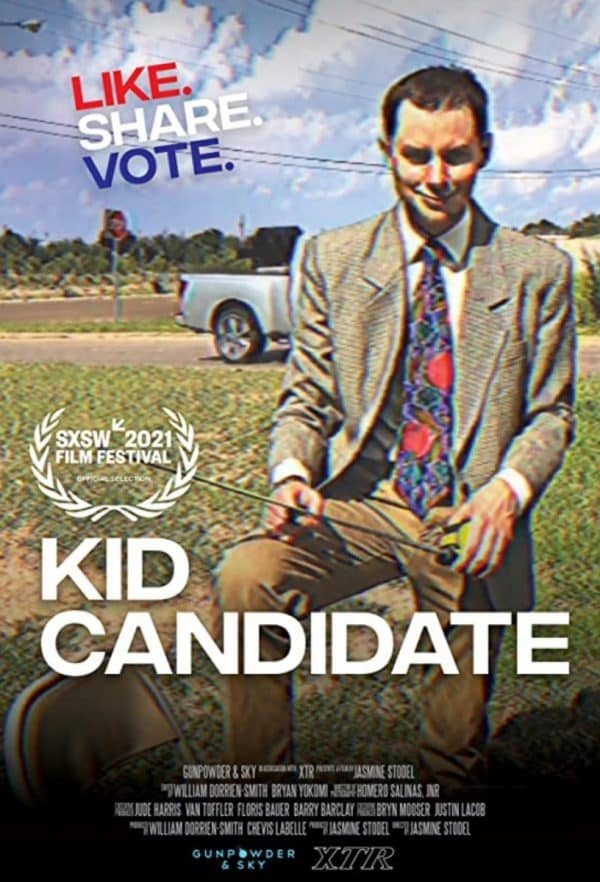 The story of Hayden Pedigo, a 24-year-old experimental musician and his unlikely run for city council in Amarillo, Texas after his Harmony Korine-inspired spoof campaign video went viral. 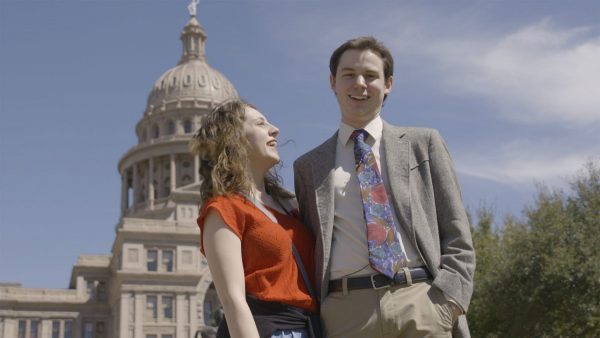 Irony is one of the defining pillars of contemporary culture, which combined with the ubiquity of the Internet now allows things to effectively be quasi-“memed” into existence – most impressively (and horrifyingly) of all, Donald Trump’s successful run at the White House.

But this is a far more grounded tale than that slushy synopsis might suggest, because Pedigo isn’t merely a satirist who tripped and fell into a political campaign without much care for it; the young man harbours a real interest in galvanising young voters and representing the interests of struggling creatives in Amarillo.

The joke of the movie’s title is that Pedigo isn’t really a kid at all, underlining a more systemic political problem both in America and around the globe, where young people in power are a rarity and the equilibrium is maintained by wealthy old whites. With more than 40% of Amarillo’s population under 30 years of age, many with degrees who are forced into manual labour jobs due to a lack of opportunities, Pedigo passionately fights their corner.

A defining facet of his platform is running on zero donations, his absurd, VHS-style campaign ads also made for effectively no money, albeit with the zany can-do spirit of a for-the-fun-of-it art project (because that’s basically what they are).

Pedigo’s campaign manager Jeff Blackburn calls Amarillo “one of the most beautiful places in the U.S. with some of the ugliest people in it,” given the blatant money-swindling and cronyism running rampant throughout the city’s government. This is exacerbated by the actions of campaign fundraisers Amarillo Matters, whose deep pockets allow them to keep their Republican candidates in power.

And so, the wealthy elites continue to thrive while neglected, predominantly Black neighbourhoods are left to fester, where the council deems a multi-million dollar spend on a football scoreboard more worthwhile than re-building a swimming pool for the local community.

In a city where “progressive” is a dirty word which invokes violent ire from much of the electorate, where one interviewed voter says she “doesn’t vote based on politics” but who God tells her to vote for, and a state with an historically low voter turnout, what possible chance could a forward-thinking candidate like Hayden have?

In a brisk 69 minutes, Stodel’s film succinctly explores the complexities of mounting a political bid, as Pedigo is forced to contend with the expected mud-slinging and also figure out exactly how to frame his campaign, albeit with the help of his hilariously sardonic, crotchety manager Blackburn. 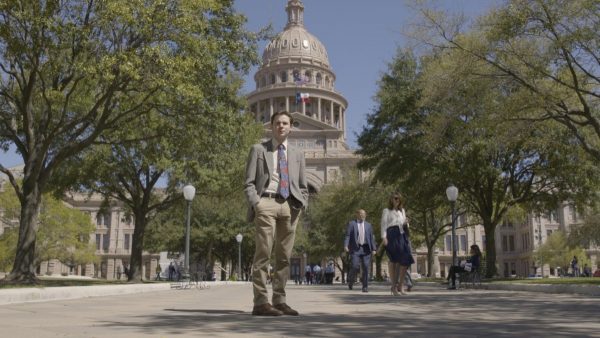 More than this, Kid Candidate is also an affecting personal portrait of Pedigo the man, home-schooled by hard-line Christian parents who largely consider his political run an embarrassment. Between this and the generally staid status quo in Amarillo, it’s clear Hayden’s campaign is in part a “fuck you” to those who care to sneer at him, though seeing him become ever-more involved as the momentum builds, appearing on TV and doing most everything a “serious” candidate does, is genuinely inspiring.

But does viral success translate into real votes? It won’t surprise anyone to learn that Hayden’s bid to unseat the comfortably elected elites was ultimately unsuccessful, but the sheer number of votes he secured did nevertheless prove that the needle can be moved without sheer force of money. It is part of a wider uphill struggle to empower young people, get them thinking more about politics, and shine a light on how repugnant the current system is – a viral protest which snowballed into an earnest attempt to make change.

This brief yet illuminating doc covers issues facing not only Amarillo but countless American cities, and while politics can so often be ugly and demoralising, there is an undercurrent of hope here, that with the right candidate, it can also breed empathy and help people – both electorate and candidate, it seems – to grow. That the 2020 presidential election saw young Texas voters turning out in unprecedented numbers – vital context which is curiously missing from the film – is perhaps the most encouraging fact of all.

Kid Candidate may be framed by a wacky conceit, but quickly springboards off to explore two of today’s most crucial political issues – a lack of youth engagement and the power of unregulated campaign spending.