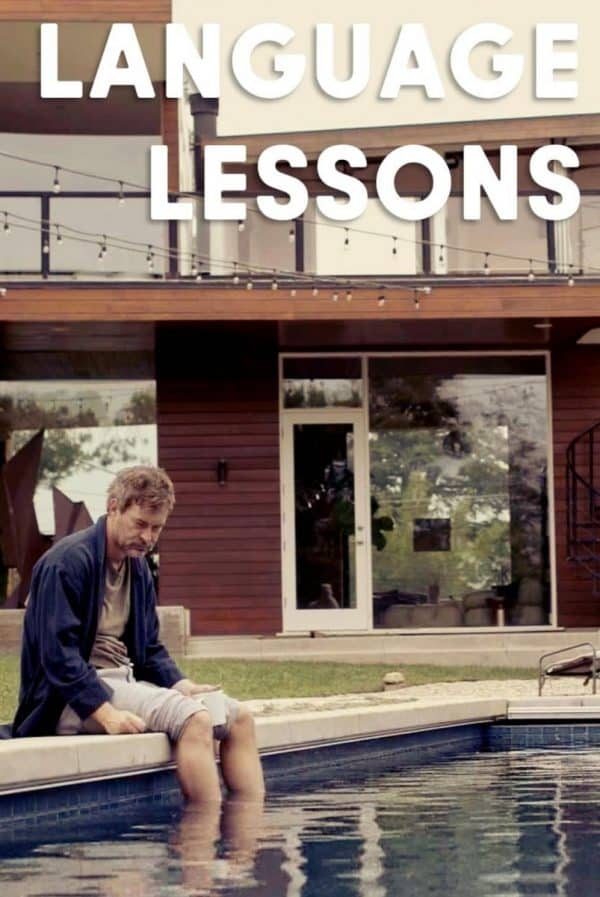 A Spanish teacher and her student develop an unexpected friendship. 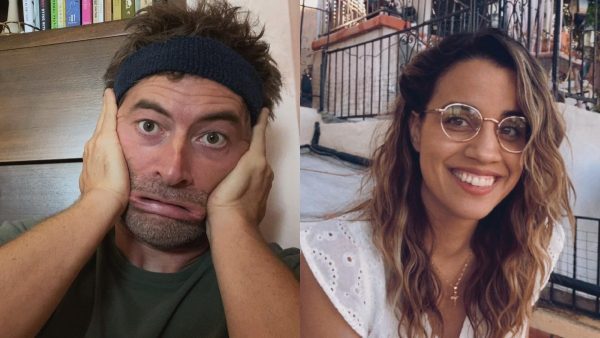 A year-plus into the COVID-19 pandemic, many if not most of us are surely fed up with films about the global predicament, whether explicitly or tangentially. But Natalie Morales’ feature directorial debut Language Lessons is among the few produced-during-COVID releases to date that, despite being comprised entirely of Zoom-style video calls, makes no reference at all to a virus (or similar global catastrophe), lockdown, or any other defining commonalities of the past 12 months.

Adam (Mark Duplass) lives in Oakland, California and has been bought two years’ worth of weekly Spanish video-chat lessons by his husband Will (Desean Terry). This puts Adam in touch with Cariño (Morales), his Spanish teacher living in Costa Rica. After some awkward introductions, the two build an easy rapport amid their lessons, which is put to the ultimate test when Adam receives some tragic news.

Despite the vid-chat setup, Languages Lessons isn’t at all interested in being an outward Covid Movie, even if the context of its creation will be unavoidable for audiences watching the film right now. Yet bar the occasional pointed line of dialogue (“remember to go outside and get some Vitamin D”), years from now it may well be enjoyed simply as a tale of unexpected connection across geographic borders.

Though the early scenes suggest a mere platonic meet-cute – which in of itself, with no romantic overtures whatsoever, is refreshing – it isn’t long before Adam’s life is turned upside down by a knock at the door. It marks a daring, risky tonal shift for what appeared to be a more frothy charmer in its opening moments, but the script – co-penned by its two stars – deftly tap-dances between moods to underline both the joy and despair of living.

As Adam and Cariño trade stories beyond the teacher-student relationship, they begin to bear their own scars, confirming that whether in person or on a video screen, the support of another person is integral to recovery and growth. But the Spanish lesson aspect isn’t remotely throwaway either; Morales digs into plenty here about the complexities of language, and particularly the beauty of learning a new one in order to communicate across cultures.

Despite the necessity of the film’s creation, there is a certain critique here of the online experience, that a square box can never fully compensate for the warm embrace of a flesh-and-blood person. A Zoom chat allows us to hold others at arm’s length, and we ourselves construct narratives – often unfairly – about people by way of their gender, race, and class. Though as the film elucidates without even a hint of pandemic-specific context, video calls can also make our world smaller in the best way, by extending a bridge to those who are thousands of miles away. 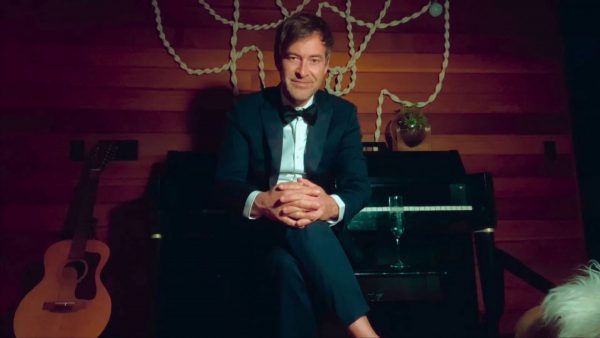 But much of the reason that Language Lessons is more than a sweet-natured dramatic experiment is the enormous skills of its two cast members, who while both together in video calls and sending isolated messages to one another, make for an incredibly charming pair. Whether goofing around or attempting to pull the other out of a depressive quagmire, their chemistry as fast-growing friends is easily persuasive without even a hint of contrivance.

Duplass is resolutely excellent as a tortured man-in-crisis wracked with sadness, while Morales’ luminous, effervescent temperament belies the fact she’s holding onto stinging pain and anxiety which threatens to extinguish her light. She happens to play an incredible drunk, too.

There’s a clear homespun feel to the project because that’s precisely what it is – Morales and Duplass conceived the film without any guarantees it would actually succeed or even be basically entertaining as a movie, and we can probably assume the bulk of it was shot in their own homes. Rather than earmark the film as a product of the pandemic, though, this approach really just heightens the sense of intimacy.

This is a touching, warm tale of grief and isolation, of finding connection with others, and eschewing co-dependence in favour of unconditional support for another. It drips with an anguished humanity throughout, but don’t let that put you off; it’s also committed to splashing a big, goofy grin across your face on the regular.