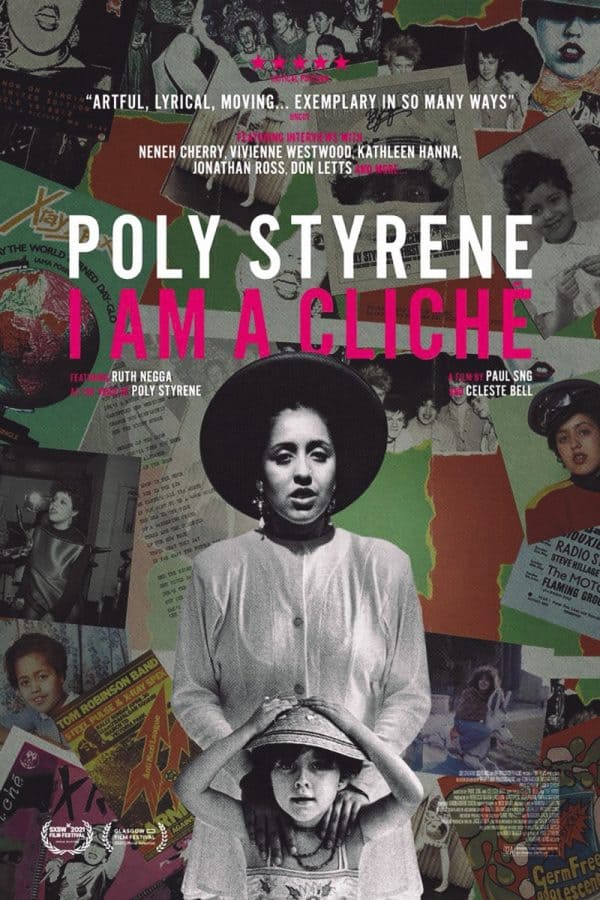 The death of punk icon and X-Ray Spex frontwoman Poly Styrene sends her daughter on a journey across the world and through her mother’s archives to reconcile their fraught relationship. 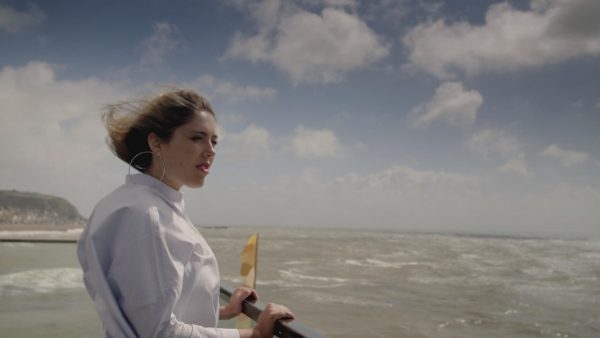 From the outset it’s clear that Poly Styrene: I Am a Cliché is quite unlike most other documentary portraits of late musicians. Above all else, this profile of Poly Styrene – frontwoman of ’70s punk band X-Ray Spex – is funnelled through the singular perspective of her daughter, Celeste Bell, who also co-directed the film.

To Bell, Poly Styrene was of course better known as “mum,” and much of her documentary details not only the complexities of a young artist forging an uncertain path, but her own difficulties as the child of one. Robbed of a relationship with her mother at the height of her fame and now left to caretake her legacy, she finds herself weighing up the one question many seem to ask  – “Was she a good mum?”

Poly – real name Marianne Joan Elliott-Said – died of breast cancer in 2011, and it’s made painfully clear that grief becomes so much more difficult when the essence of the deceased and everything they leave behind is of such great interest and cultural value to the world.

Bell’s film takes a page out of Senna’s book by foregoing talking heads footage; even the many clips of the filmmaker herself are effectively B-roll over which her wistful, poetic voiceover is splayed. Most often the form is a shrewd collage of archive footage accompanied by interviews with friends, family, and other influential artists of the period – Thurston Moore, Kathleen Hanna, and Neneh Cherry to name just a few – along with Ruth Negga’s spot-on readings of Poly’s diaries. 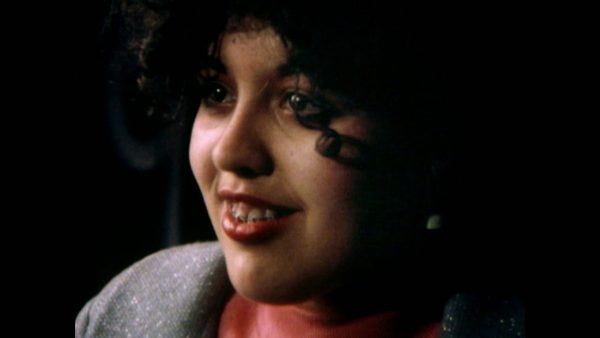 Given that Poly seemed to be an enigma to even her own daughter for much of her life, it’s appropriate that this documentary goes far back in time to cover the artist’s humble upbringing in London, where as a mixed-race girl she suffered through intense alienation and struggled to reconcile her own sense of identity.

When Poly formed X-Ray Spex many years later, she broke new ground as a minority in a predominantly white, middle-class industry, fitting in among the punk scene’s assemblage of society’s cast-offs.

But success naturally only brought its own share of problems, namely intense public scrutiny via the media, who characterised her as “different” to the finely coiffed frontwomen of the day – a backhanded compliment as if to imply her apparent “unattractiveness.” Much to her infuriation, her record label even altered the cover art of the band’s 1978 debut album, “Germfree Adolescents,” to slim her down.

If you might think you’ve heard stories like Poly’s dozens of times, think again. Yes, the self-admitted “cliches” of the film’s title are here – the drugs, the doomed relationships, the mental health decline – but there’s a unique tragedy to what happened to Poly when it seems as though the world was prepared to write her off at just 21 years of age. After being misdiagnosed with schizophrenia – she was actually bipolar – she was told she’d never work again.

The suffocating nature of the entertainment industry combined with her own concerns for the environment – namely humanity’s increase of plastic waste – clearly weighed heavily on her psyche, feeding a distrust of people and burning her out. Marion hung up the Poly Styrene name soon thereafter, an action without which her daughter likely never would have been born, though by Bell’s own admission her mother was frequently negligent, per both her mental health challenges and obsession with writing music. 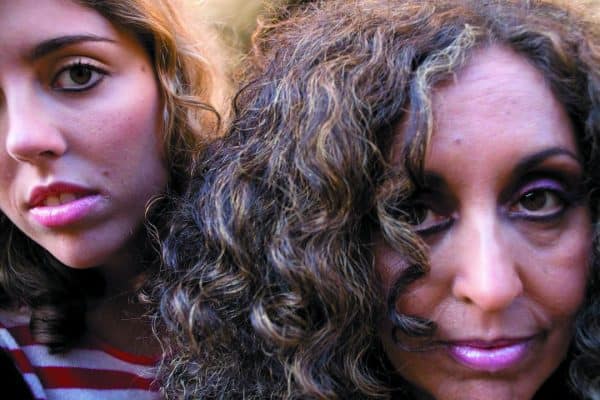 Ups and downs persisted for much of Marion’s remaining years; failed attempts at musical breakthroughs, spiritual excursions to India, and, eventually, finding a semblance of peace after moving away from the bustle to the comparative calm of Hastings.

The deeply moving epilogue to Bell’s film details the reconciliation between mother and daughter, which led to X-Ray Spex’s 2008 comeback gig, as well as Poly and Celeste collaborating on the 2011 album “Generation Indigo.” Poly was brutally unaware that her bones were already ravaged by cancer at that time, soon enough causing her death. This is really a footnote to Poly’s story, though, her daughter preferring to focus on how she lived, warts-and-all, rather than the details of her departure from this world.

More than anything else, Bell captures the fascinating, often debilitating duality of artists – the disparity between the famous icon and the human being behind it, between Poly Styrene and Marion. As much as Poly is upheld as an ideologue, her daughter would disagree; she sang about capitalism but was a shopaholic, she wrote feminist lyrics but wanted more than anything to be a “lady of leisure.” People are complicated, and Bell makes a trenchant argument that her mother cannot be solely defined by either her music or the media’s portrayal of her.

For neophytes and die-hard fans alike, I Am a Cliché is a spirited, fittingly unvarnished portrait of a trailblazing artist.