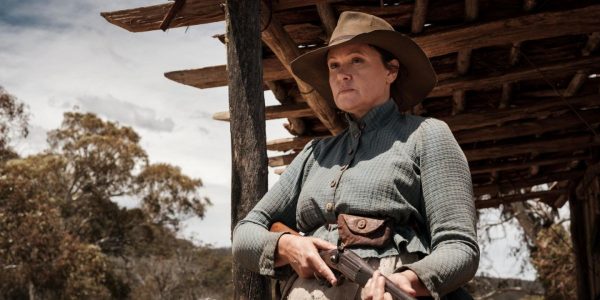 A lonely bushwoman struggles to raise her children and run the family farm while her husband is away. 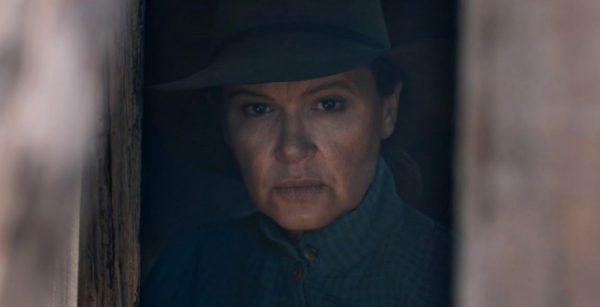 The western genre is so seemingly, inextricably intertwined with masculinity that it’s always refreshing to see a film which dares to challenge that; Meek’s Cutoff, The Wind, and The Nightingale, to name just three evocative feminist westerns from the past decade-or-so.

Leah Purcell strives to add another to the small-but-growing cachet with this adaptation of her self-starring 2016 play (and later a novel) The Drover’s Wife, itself loosely based on Henry Lawson’s 1892 short story. If a strong start stakes an early claim for a fierce feature debut, it eventually gives way to an avalanche of schlocky contrivances which deny the tale much of its potential power.

The late-19th century western revolves around the title character Molly Johnson (Purcell), a wife and mother to four children who is also pregnant with her next, and whose drover husband, Joe, has been away for three months while imminently expected to return. Molly’s life is upended, though, with the arrival on her land of Yadaka (Rob Collins), an Aboriginal man fleeing from the law after being accused of a brutal series of murders.

The confident opening to Purcell’s film has all the makings of a modern western classic, presenting itself from the jump as not only feminist but also proudly indigenous – a reflection of Purcell’s own status as an indigenous Australian artist. 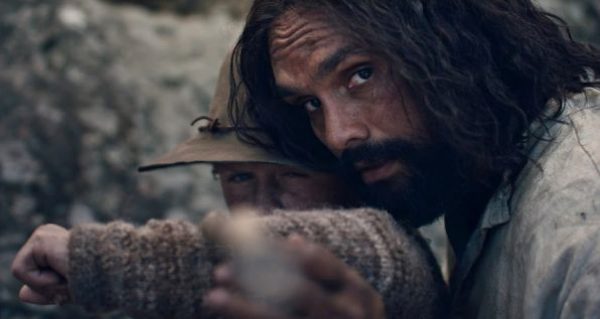 But given the film’s title, it’s surprising just how scattered Purcell’s interest is in her own protagonist in the early going. After speedily establishing Molly as a forthright, no-bullshit force to be reckoned with, the perspective strays frequently to other characters – most of them men, disappointingly – namely British Sergeant Klintoff (Sam Reid) and his sickly wife Louisa (Jessica de Gouw) as they pass across Molly’s land.

Though their story isn’t an inherently invaluable one – Louisa speaks often, if a little prosaically, about the largely unspoken agonies of domestic abuse – but the frequency of these cutaways makes Molly feel too often like a passenger in her own movie.

While Purcell strikes a keener balance in the second half, this is also where the storytelling begins to truly stumble. Revelations about Molly’s lineage are pointed yet reliant on serendipity, the corpses hurriedly begin to pile up in a sprint, and plot twists are dropped without ceremony. This is before circling back to more stark, bleak realism for the final stretch, which itself isn’t without some unconvincing conveniences. This more free-wheeling back-end often feels like a different movie, particularly with a final scene the tone of which couldn’t be more polar to the grim sequence that immediately preceded it.

Even with these issues, Purcell’s performance is unsurprisingly totally beyond reproach, rendering Molly as steely and badass but also deeply vulnerable. Collins is also a standout as her uneasy Aboriginal ally Yadaka, while Jessica De Gouw delivers a passionate performance as Louisa, often managing to elevate the character above her mouthpiece designation. Fans of Aussie cinema – especially the Mad Max films – will meanwhile appreciate a fleeting appearance from veteran character actor Bruce Spence as a racist preacher. 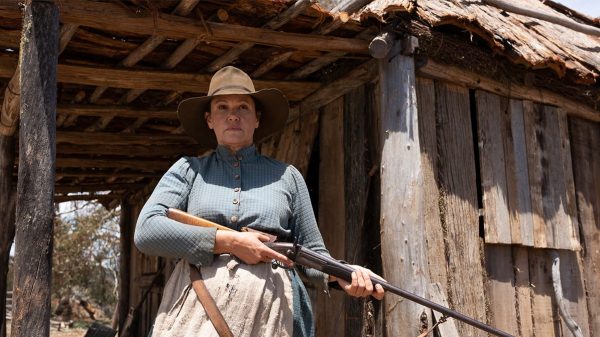 This is certainly a project filmed with considerable skill and restraint, and a rare example of a play adaptation which doesn’t bare many stage-y hallmarks at all. In the great western tradition the natural landscapes do much of the heavy aesthetic lifting here, but DP Mark Wareham’s stately compositions help this world feel alive in even its stodgier moments.

Another typicality of the western is a sedate pace, which while alluring in the early going does breed airlessness in the pic’s flabby middle portion. Aurally Salliana Seven Campbell’s musical score melds agreeably sludgy guitars with sinewy strings, though in one dead-serious climactic burst of violence a particularly masturbatory guitar solo feels hilariously misplaced.

It’s tough to fault Purcell’s desire to bring her vision to the big screen, and though The Drover’s Wife largely avoids the broad trappings of play-to-film adaptations, its 108-minute runtime vastly outstays its welcome amid a turgid, increasingly silly narrative.

There’s no denying Purcell’s commitment to the material, but her initially promising debut eventually gives way to contrived storytelling and whiplash-inducing lurches in tone.