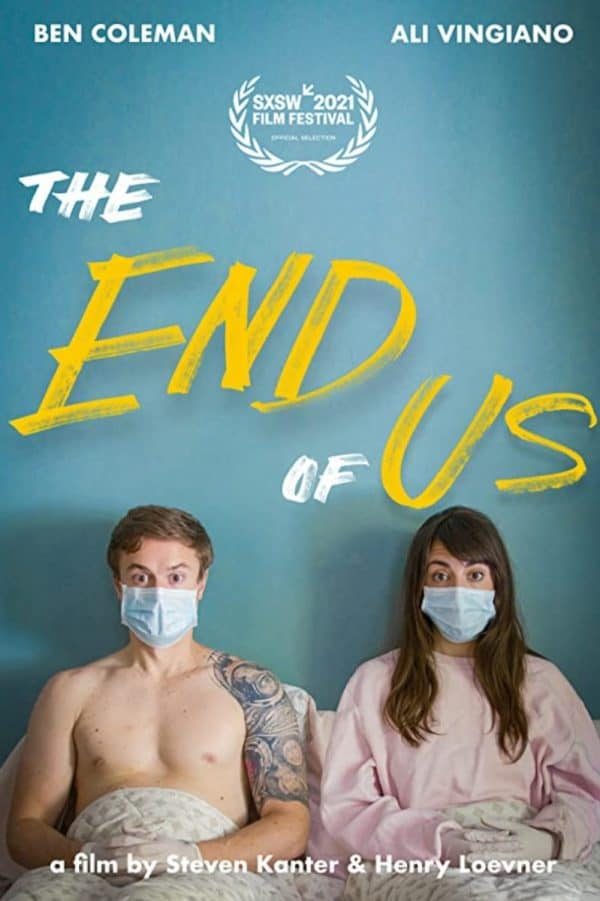 After a savage breakup, two exes must continue living together when California issues its stay-at-home order for COVID-19. Now they’ll try to move on without moving out. 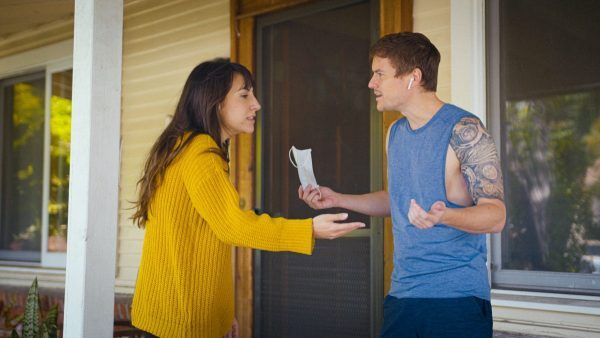 The past year has seen Hollywood opportunistically cash-in on the COVID-19 pandemic with scaremongering horror films (Songbird) and heist rom-coms (Locked Down), and though a low-budget indie film doesn’t invite nearly the same level of scrutiny, it’s still fair to say that the currency of these topical projects is already starting to run out.

The End of Us, the feature debut of filmmakers Steven Kanter and Henry Loevner, certainly has decent enough intentions in attempting to bottle the soul-crushing vibe of the last 12 months, but too often amounts to a programmatic checklist of “Pandemic crazy, huh?” bullet-points with broad jokes wrapped around them.

The story begins with the breakup of Los Angeles couple Nick (Ben Coleman) and Leah (Ali Vingiano), but due to California’s stay-at-home order per the surge in COVID-19 cases, the pair are forced to continue living together until the chaos subsides. 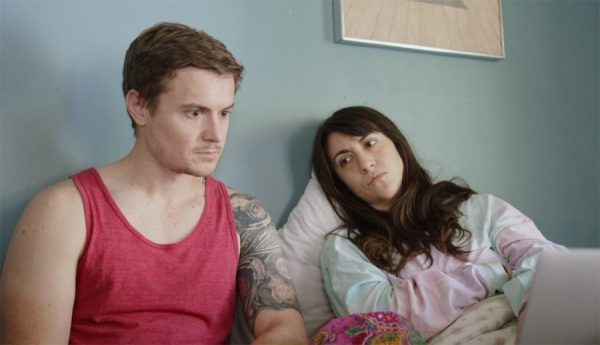 It’s a terribly sitcom-y premise at the best of times, immediately swatting away various means through which Nick could move out to keep the central conflict as apparently unavoidable as possible. Though Kanter and Loevner’s film does to an extent capture the oppressive lows of life during COVID – particularly our fascination with the dubious “when it’s over” future – it also often feels like the script was molded around a list of Things That Have Happened since March 2020.

In a fashion so efficient as to seem almost mechanical, all the popular pandemic touchstones are referenced here; washing hands, Zoom calls, working from home, being single, stimulus checks, the news cycle, the 8pm clap, furlough, homemade bread, streaming movie nights, social distancing, lateral flow tests, and perhaps the greatest universality, lockdown birthdays. Even intersected with the uneasy breakup scenario, and with enough earnest nods to how thoroughly the pandemic has underlined failures in social security, it regularly smacks a little too cute for the subject matter at hand.

A big part of the problem is that neither main character is particularly likeable; Nick is a man-child sponge, Leah is petty and sardonic, and both are shown to be relatively irresponsible per COVID safety. They are human, after all, but that doesn’t mean audiences will want to spend 90 minutes with them. 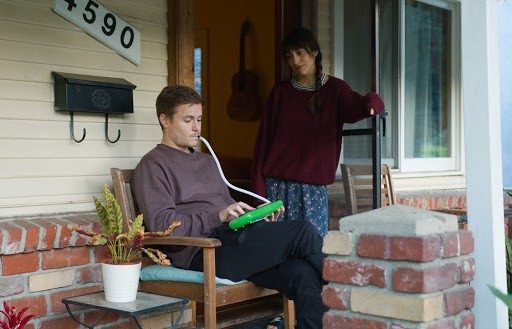 That is the film’s unintentional dramatic irony, that we as viewers are in isolation with Nick and Leah, though at least have the luxury of simply being able to close the video stream. As easy as it should be to present sympathetic characters living through the same scenario as audiences, viewing becomes more of a chore when you’re constantly encouraged to pick over their reckless behaviours pertaining to both the pandemic and each other.

Pic at least gets mild credit for not treading the precise dramatic path you’re probably expecting. Yes, there’s the very trope-y inclusion of a new potential love interest for Leah – insufferable, Criterion-loving co-worker Tim (played with amusing smugness by Derrick Joseph DeBlasis) – but as a character piece it has a little more on its mind than neatly steering the ex-lovers back to one another. And the two leads acquit themselves ably enough, if constrained by the relatively unambitious nature of the film as an inoffensive dramedy.

While never less than completely watchable and relatively well-produced for a low-budget pandemic indie, the question remains – do you really want to spend a feature film length with these characters? Perhaps The End of Us might’ve sustained its periodic charms more easily over a short-form presentation, but as is, it runs out of steam long before the end credits pop.

A broad snapshot of a year’s worth of global anxiety and turmoil that’s more tiresome than charming.