Through the Plexi-Glass: The Last Days of the San Jose, 2021. 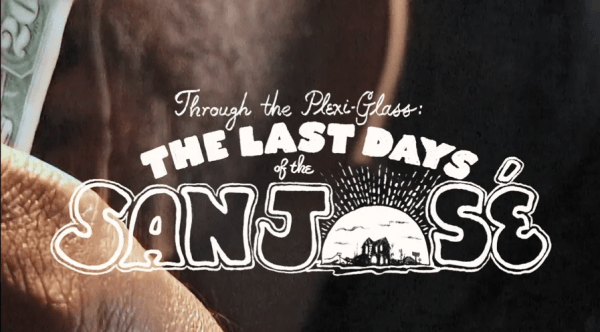 Tells the story of a real estate deal’s unexpected detour – one that sparked the gentrification of Austin’s hippest neighborhood – and reveals layers of knotty, unanswerable questions, all more relevant than ever today. 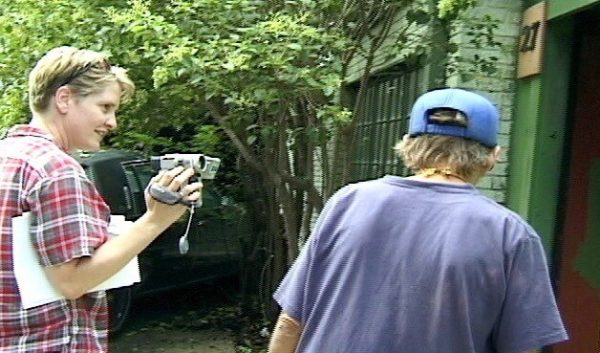 Can a documentary still be responsible while arguably exploiting its subjects? Is a filmmaker’s perspective worthwhile if it shies away from their own biases? These are questions raised perhaps inadvertently by Liz Lambert’s Through the Plexi-Glass: The Last Days of the San Jose, an assembly of footage she recorded while running the San Jose, a run-down motel in Austin, Texas which she bought in 1995.

Lambert begins her film by stating that modern day Austin – particularly South Congress, the historic avenue where the motel was situated – has been massively gentrified, with small businesses being exceedingly pushed out by developers building skyscrapers. She then leaps back in time to 1995 when she bought the dilapidated San Jose, whose clientele ran the gamut of poor, mentally ill, addicts, and transients.

Though Lambert ended up temporarily closing the San Jose in the late ’90s for renovations, in turn turfing out all the residents, the bulk of the doc is focused less on the part she played in kickstarting Austin’s tide of gentrification than capturing the life and times of the motel and the “characters” residing within it.

While the camera being ever pointed at these people from the perspective of the gentrifier themselves may be seen as uneasy if not problematic by many, Lambert does nevertheless capture her residents in all of their weathered complexity, in various stages of existential drift. More often than not, though, those featured are only trying to survive, and their pipe dreams amount to the sheer simple security of having a home that’s theirs and a job which sustains them.

The result is an evocative window into Austin’s past which is now a distant memory to most, Lambert employing sharp editing to portray the passage of time, as long-term residents of the San Jose attempt to affect better circumstances for themselves. Less-inspired is the frequently intrusive use of mawkish needle-drops to accompany the otherwise meaningful montages. 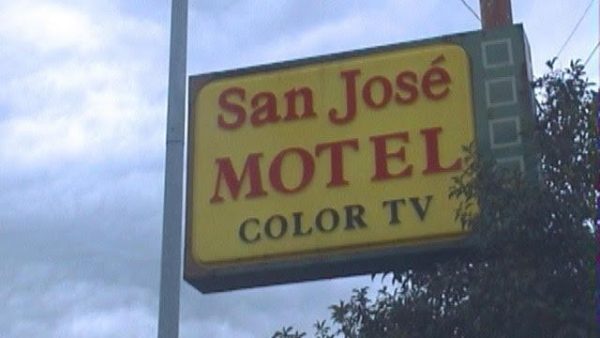 The film’s second half begins Lambert’s efforts to renovate the San Jose, and audiences may well wince at footage of her excitement as she finally receives her bank loan, with seemingly scarce consideration for those being turfed out. It would however be unfair to characterise Lambert as uncaring; she clearly has a tight relationship with many of her tenants, and the predicament really speaks to wider societal issues, where a safety net for the most vulnerable is desperately needed.

That said, the film’s big weakness is indeed a general lack of interest in the modern context, perhaps because it would result in the filmmaker’s self-indictment. Only in the closing five minutes do we see the San Jose as it is today, and Lambert makes an ill-advised, even tone deaf comparison between the struggle of the residents she forced to leave and her own battle against land developers in the area.

Though a series of title cards catch us up with many of those featured, some of whom thankfully made better lives for themselves, Lambert’s lack of introspection regarding the part she played in gentrifying Austin is a major flaw, and perhaps suggests an artist too close to the material.

To that end Through the Plexi-Glass walks a fine line – is the doc itself simply another layer of exploitation? It grants a compassionate window into the subjects’ interior lives, but also strikes a paradoxical tone between wistfulness for the past and awe at the complex machinery of progress. Yet if the film sparks continued discussion about the inhumane inevitability of gentrification, then it may well be a net positive for society, and the value of the extensive archive footage on offer is undeniable.

A fascinating time capsule of a bygone era, albeit one which mostly circumscribes crucial context – namely the filmmaker’s own complicity in gentrifying Austin.