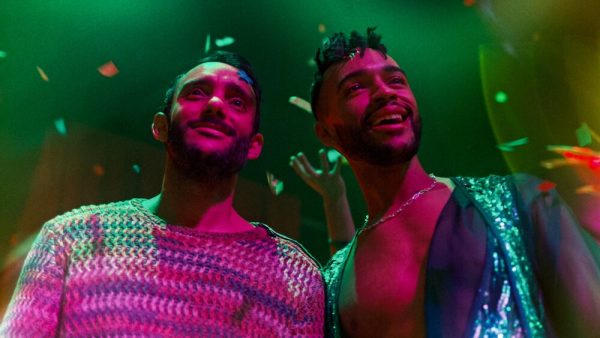 Sexual liberation can come in many forms and American Gods embraces that notion with open arms. Weaving Chinese folklore together with contemporary attitudes on attraction, gender fluidity and individual identity episode eight feels like a return to form. Myths and legends intertwine, confrontations are brutally brought to life and Ian McShane puts on some armour. Beyond his flagrant bludgeoning, Salim’s psychological awakening and Laura’s encounter with an Irish myth, there is much more to get excited about.

Once again American Gods feels in possession of some serious breadth, as a time lapse montage and an awkward encounter establish something biblical. That this show embraces all religious beliefs, every sacred doctrine and even accommodates fireside fables is inspiring. It throws open the doors of narrative, plot and structure to spontaneous indecision. 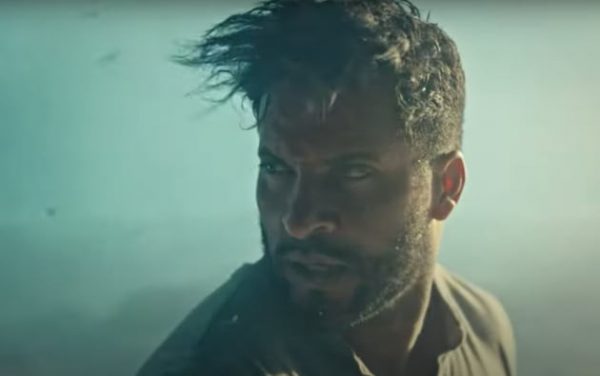 ‘The Rapture of Burning’ feels ancient, as if carved into caves by firelight. Decadence permeates the pores of those who allow themselves to be swept up in its spell. Laura maybe immune but Salim is all in, as the environment gets under his skin and causes a commotion. Distracted by the physical possibilities on offer he is finally able to relax, cast off his emotional baggage and share in an epiphany of sorts.

When an episode like this last aired it made the broadsheets. Same sex coupling on a streaming service was deemed indecent. One would hope times have changed, attitudes broadened and newspaper columnists mellowed. This is 2021 and plot specific same sex signs of affection are the least of our problems. This small but essential part of the narrative, provides closure and offers up a new beginning for a character who has added some normality to proceedings. 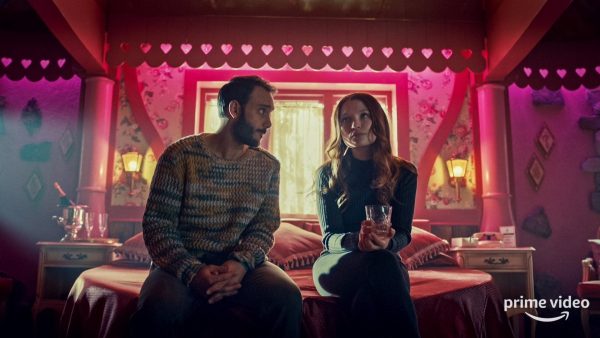 Beyond that we are still in the land of gods and monsters. Deities are out to damage each other, garner an advantage and improve their position in the pecking order. Narrative segues involving Laura Moon and a Game of Thrones alumni distract momentarily, while Technical Boy faces an abstract African goddess inside his own head. These deviations add colour but feel more like a reminder to audiences, rather than something of substance.

As the last two episodes of this season loom large, it is perhaps best to consider what American Gods brings to the table. There is no denying that it champions diversity, individuality and difference. Not for the sake of it, or to win brownie points with various minorities, but because this story is universal. It harbours characters who are lost, people who need direction or simply encouragement. American Gods promotes the use of a unique voice in this world, whether that voice is heard, seen or read makes no difference. In the end it comes down to being heard.