He may have been absent from the first episode [read our review here], but Daniel Bruhl’s Zemo will soon make his presence felt in Disney+’s newest series The Falcon and the Winter Soldier as the Captain America: Civil War makes his return to the Marvel Cinematic Universe – and with his classic comic book-accurate mask to boot. 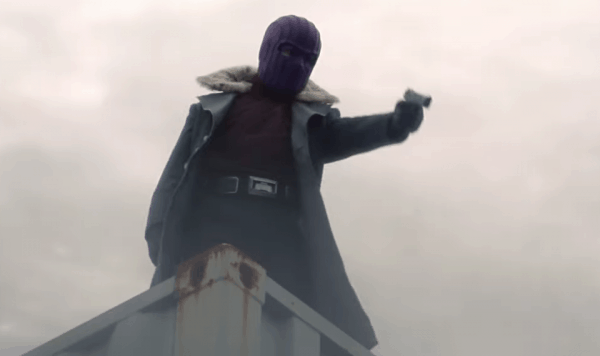 Based on the trailers, it seems that Zemo may actually find himself working with Sam and Bucky at some point during the series, but as Bruhl notes, the villain’s primary motivation remains to rid the world of superheroes.

“He’s had a lot of time in that prison cell to read a lot, to think a lot, so, you can be sure that he’s up to no good,” Bruhl tells EW. “It is true that Zemo in the past, and possibly also in the present, is strictly against super-soldiers, because he has seen the danger that this can cause. That is why he has lost his whole family in the Sokovian war. This is something that bothers Zemo and makes him think a lot.”

SEE ALSO: The Biggest Takeaways from Marvel’s The Falcon and the Winter Soldier Episode 1

Bruhl also expressed his excitement about getting to don the classic purple mask, teasing that he “felt like I’m a baron” and that it “was a very especial, exciting moment for me. We would see Zemo now finally in that iconic outfit.”