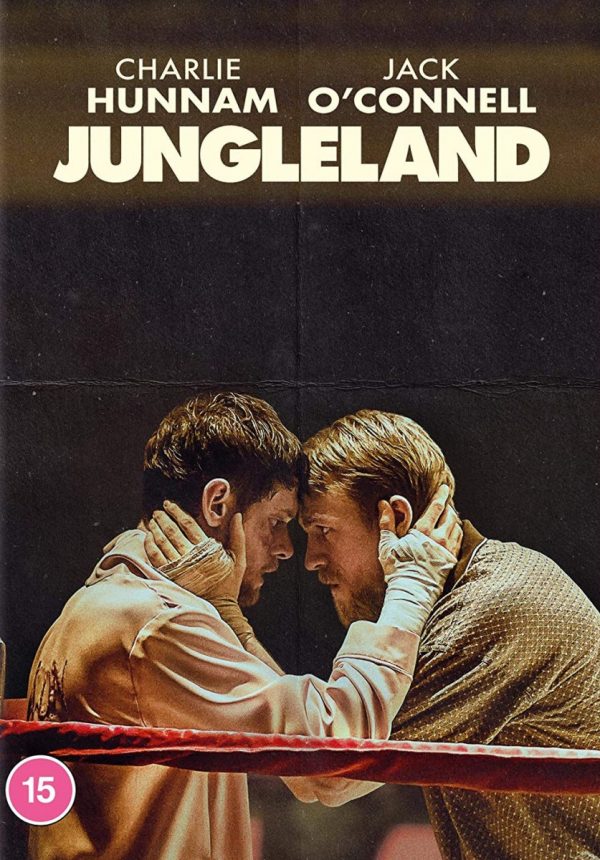 Two brothers try to escape their circumstances by traveling across the country for a no holds barred boxing match that becomes a fight for their lives. 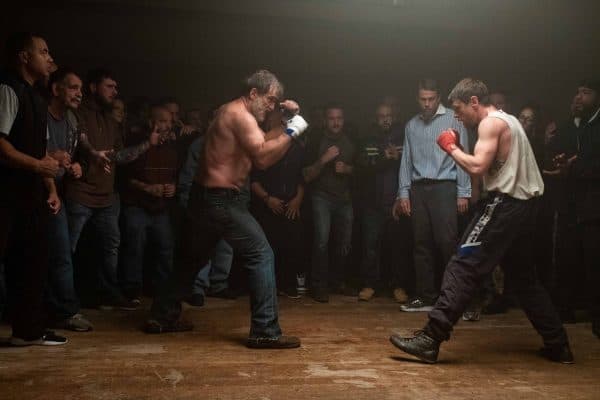 Let’s course correct whatever expectations you, the dear reader, might have when it comes to Jungleland being a movie about bare-knuckle boxing, which is only loosely truthful when it comes to the synopsis. There’s not much fighting here at all and the boxing is not professional, but more of the gritty underground fight club variety as our protagonists have been expelled from the legitimate competition (it’s explained why). It’s also not necessarily a film about training or motivation, but rather something deeper when it comes to the bond between these two brothers at the center of the story.

That tightknit kinship is put to the test when brothers Stanley and Lion (Charlie Hunnam as the screw-up former doing everything he can to bring out the physical talents of Jack O’Connell as the latter, a rough-looking but fighting specimen not to be underestimated) catch a big break away from living off the poor wages the sewing shop provides and other small boxing events. In financial debt to intimidating criminal Pepper (a criminally wasted Jonathan Majors who nonetheless plays a classy scumbag), they are offered to participate in a bigger event across the country with a sizable purse prize. They also get to keep the money, but the kicker is they have to transport a young woman named Sky (Jessica Barden) to an undisclosed destination along the way. 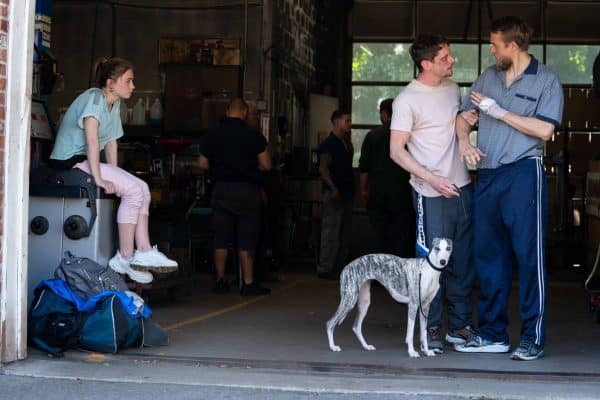 Naturally, questions start to arise as we are left in the dark just as much as the brothers. They certainly wonder what they are getting themselves into, but are in no position to poke around although they do try to get to know a guarded and vulnerable Sky to better understand the situation. The most obvious instinct is the correct one (that’s also not much of a spoiler), but it drives a rift between the brothers; Stanley is more concerned with survival and rising above their dire situation (they are squatters and don’t even have a home), whereas Lion is more disturbed at the purpose of their goal and leans towards doing the right thing morally.

Jungleland is definitely a contrived film when it comes to getting characters from place to place, but director Max Winkler (recently known for the underappreciated and taboo dramedy Flower that explores different areas of impoverished, abusive, and dysfunctional upbringings) earns a high score for this round of filmmaking when it comes to not only understanding his characters but presenting their flawed decision-making with empathy. Stanley toes the line somewhere between vicariously wanting to find success through his brother and functioning as playful and a loving relative, to projecting those ambitions to such extremities that he doesn’t seem to be considering at all the mindset and desires of Lion. As you can probably already deduce, Sky is resourcefully manipulative (she has to be the survive given the hardships of her own life) but also appears to be sincere when it comes to taking a liking to Lion and encouraging him to stand up and express what he would find fulfilling in life.

The strong performances and character work are mostly bookended by generic criminals with boring motivations (save for a final reveal that is unspeakably slimy), but Max Winkler (co-writing alongside Theodore Bressman and David Branson Smith) is aware not to let things become too pulpy. The climactic confrontation of violence is filmed with restraint and distance that keeps a fair amount of the bloodshed offscreen. That stuff is saved for inside the ring and it does work, although what matters most is the heart and compassion for these down but not completely broken drifters. Jungleland makes the most of every trope it plays into, using them as building blocks to greater define this trio of complex souls.