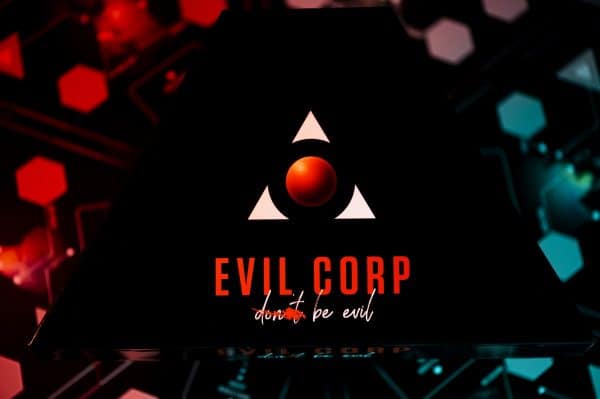 Have you ever wanted to be a member of the high-ranking Global Elite, if not higher?  The string pullers of the puppet masters?  Those that look down on the 1% as they play with billions?  Well if you unbox the board game Evil Corp then you can pretend to be one of the major CEOs ruling our unsuspecting blue marble.

There’s been a few board games that have dealt with wealth across the decades.  Game of Life attempted introduce us to the more friendly side of capitalism, whilst Monopoly has been turning families against each other at Christmas for decades.  It’s the latter game that Evil Corp wears it’s love – on its sleeve – for the most, even going so far as to give you a tidy some of cash on each complete turn.  Though instead of £200 – and you can insert your own currency here – there’s a few billion dropped into your lap.  Depending obviously on what major cities you own, that and what disasters and/or corporate back-stabbing you’re undertaking.

This isn’t a game in which you’ll be making friends.  You’re a CEO with a hidden, global agenda and you need to take over the world.  Doing this takes cash, smarts and under-handed devious attacks against your fellow CEOs on the game board. 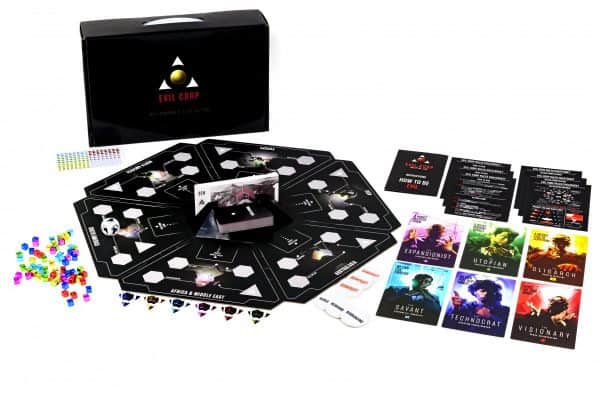 Building your secret base level by level takes billions, launching your masterplan takes billions, occupying a continent to make sure the world outside is kept in the dark about natural disasters takes… Well, you see where this is going, but to build your base and lead the world forwards with your new vision – whether it wants to follow or not – is going to need a strong and ruthless leader.

Evil Corp visually looks brilliant, and to set up for play was completed in less than two minutes!  Everything looks the part, however, I instantly slammed into a mass of instructions which to be honest were not to easy to access.  Granted, the designers also deliver small and easy cheat sheets – for up to six players – to keep the game running once you’ve got a grip of the instructions, but you do first need to decipher them.  I’m not a fan of a sheet of instructions, I prefer a booklet even if it’s shrunk, with a contents page to zip backwards and forwards to.  Looking at a mass of words, with little to zero white space is overpowering, especially as the board is so easy to set up.  Granted this is a personal preference and some may love a sheet with two sides of instructions, but I’m a simpler man.

However, when you’ve worked through the instructions and know how Evil Corp plays the game comes alive!  Though it has love for Monopoly, an actual playthrough of Evil Corp takes nowhere near as long to finish as that classic street buying game does.  If anything each game will last close to an hour and it’s an hour of sneaky fun.  I found myself becoming highly devious on my second game, getting extremely lucky with my secret base and buying my major cities.  I was riding high, earned my billions, played my CEO card and gave my megalomaniac speech only to be stopped in my tracks with another player flipping a card.  Then I quickly had to earn more billions to begin my evil scheme again and hope to heck no-one else could a) beat me to the devious plan punch and b) squash my plan again.  It’s not easy being a rich and powerful CEO you know! 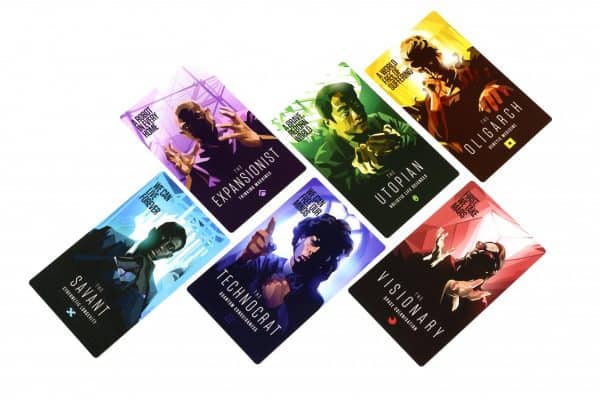 As said the look and design of Evil Corp is just brilliant.  Nothing is complicated to set up or put together.  The designers have even gone so far as to include a sticker sheet for the board game pieces, for players who have visual spectrum issues.  My only complaint is that my pieces have a chrome finish and after four games they’re already looking slightly chipped.  This isn’t a major issue, purely cosmetic, but it’s occurring already.  Though the “Retail Version” on the website comes with plastic clear game pieces, which clearly won’t have this issue.  From what I understand the chrome finish was part of the Billionaires Edition and isn’t part of the final retail edition.

Evil Corp is an excellent board game; yes the instructions aren’t overly friendly on first approach, but once you’ve digested them you’ll be one of the world’s most devious CEOs in no time.  If you want something different to play, that isn’t a run-of-the-mill off the shelf number, then pick up Evil Corp.  You’ll be trading in billions and conquering the globe in no time.

For more information or to purchase Evil Corp visit the official website here.