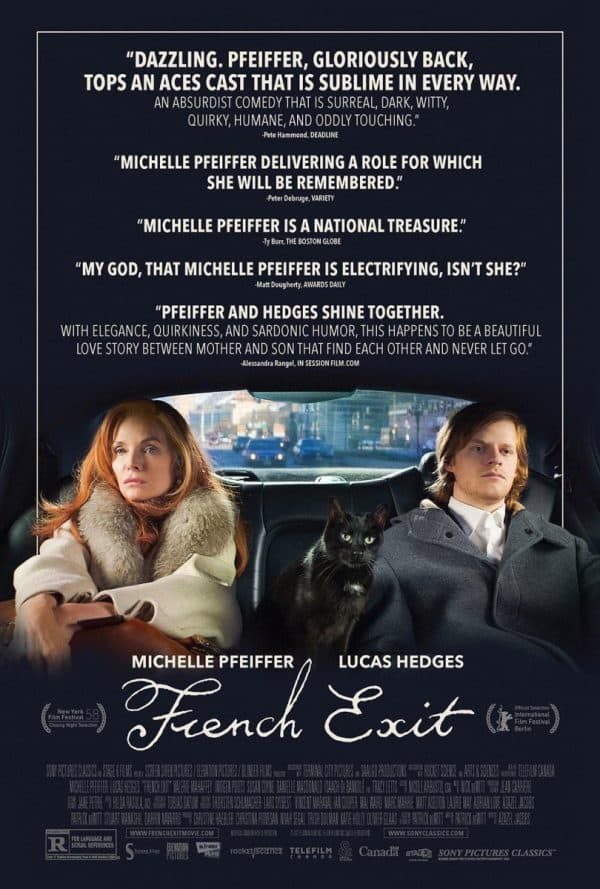 Frances Price (Michelle Pfeiffer) is broke. With her reluctant son Malcolm (Lucas Hedges) in tow, she settles on a plan to vacation in Paris. 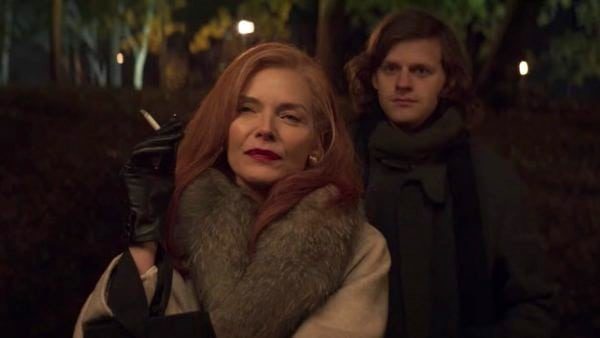 This quaint character piece from the pen of Booker Prize nominee Patrick DeWitt, is filled with charm and corrosively caustic black comedy. From its opening frame French Exit rests squarely on the shoulders of Michelle Pfeiffer, who clearly relishes every moment. As Frances Price she is able to indulge her whimsy and play a calculating socialite, with scant regard for family or friends. People wither in her presence as indifference, mild disappointment and cossetted wealth strip away any humanity.

Superlatives feel superfluous when it comes to describing how essential Michelle Pfeiffer is in this film. From the remaining cast members, who all provide admirable support, it is Lucas Hedges that deserves a special mention. His restraint in the role of Malcolm, provides French Exit with some much needed balance. He may be playing second fiddle to an actor who does her best to subtly dominant every scene, but Malcolm provides the humanity. In sketching out their relationship, between the often savage exchanges, it is telling that in quiet moments a love of sorts still exists between them. Flaming flowers in a Parisian café or the act of applying a dressing, hint at an enduring loyalty rather than familial devotion. This understated chemistry with regard to both actors, brings a warmth to French Exit which might have been lost in lesser hands. Beyond the tour de force which is Frances Price, Paris itself plays a large part in bringing this story to life.

Chic, bohemian and quintessentially old fashioned in its demeanour, Paris underpins any narrative sentiment.  Architecture, atmosphere and the quiet culture of a European capital city bring gravitas without grandstanding. Even through the more ludicrous elements, French Exit retains its dignity based on location alone. For that reason, this delicate exploration about reconciliation, retribution and family relationships feels relatable. Lifting to a degree from both Woody Allen and Wes Anderson, it mixes an off kilter narrative with abstract character exchanges. Two thirds in it does takes a leap of faith, bringing in a feline distraction which may lose some, but even that feels oddly endearing. That it turns from a fundamental two hander into an ensemble piece around the same time, is also worth noting.

Only then does anyone else get to sketch out their characters beyond caricature. That being said, Imogen Poots is given very little to do as Susan, while Valarie Mahaffey’s Madam Reynard seems equally lost. Beyond these niggles, much of the attraction here will be in watching a marquee movie star flexing her acting muscles. All hail Frances Price; the fading socialite with bite.