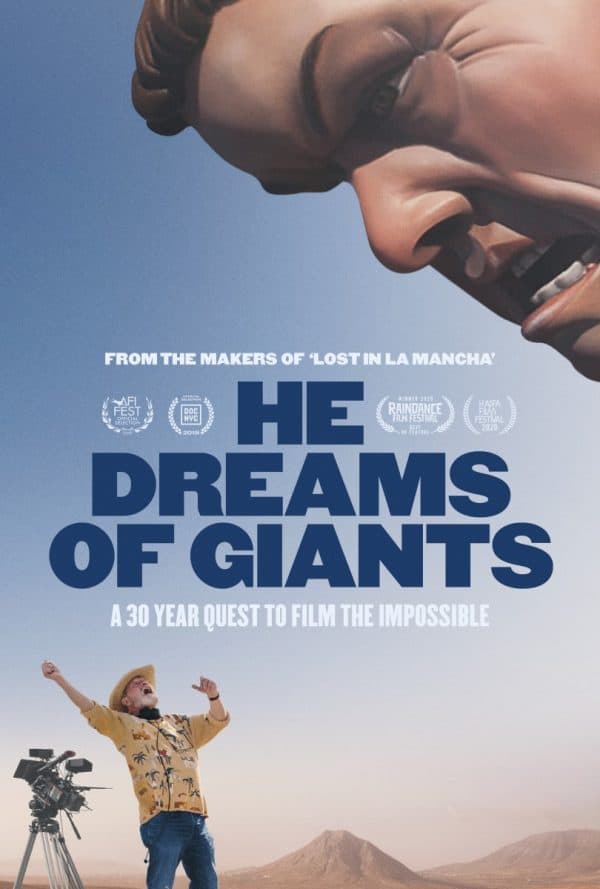 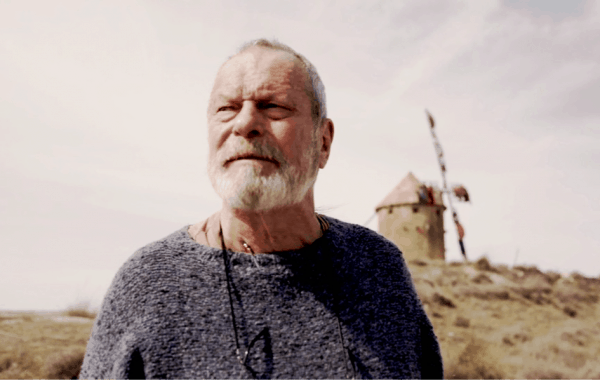 In the wake of that failed effort and the doc that followed, most fans simply assumed Gilliam’s vision would join the annals of Hollywood’s many great unrealised epics, yet some 16 years later, after numerous other stalled excursions, he finally got the damn thing made.

Better yet, Fulton and Pepe were there once again to document the production, the result of which is He Dreams of Giants, a highly satisfying rejoinder to the 2002 doc and a riveting conclusion to a most unlikely triptych about the struggles of filmmaking itself.

There’s clearly a substantial therapeutic quality to this film, with Gilliam often using Fulton and Pepe’s camera lens as a confessional-of-sorts. In one memorable early moment, he knowingly says of his dream project, “This isn’t a film, it’s a medical condition.” In the very least, it’s most certainly Gilliam’s white whale – the subject of a near-30-year obsession which he, by his own admission, has even prioritised ahead of his own family.

The Man Who Killed Don Quixote is often referred to as a “cursed” venture in Hollywood circles, due to not only the doomed initial pass intended to star Johnny Depp and Jean Rochefort, but also numerous subsequent attempts that were stymied by financial woes and the world seemingly telling Gilliam, a singular filmmaker if there ever was one, that it just wasn’t going to happen. 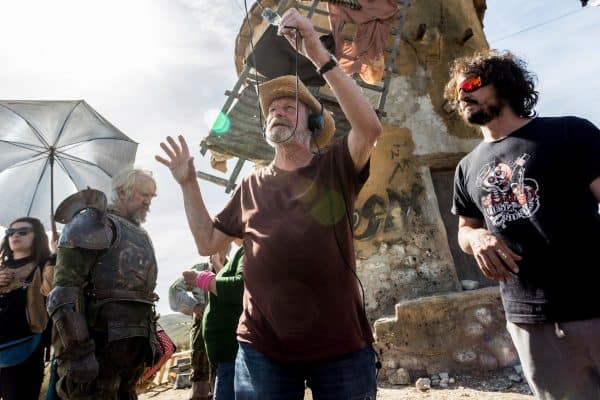 The truth, of course, is that Gilliam has always struggled to get his films made and most of them haven’t turned much of a profit during their initial theatrical runs. He famously battled Universal over the final cut of Brazil, and his follow-up The Adventures of Baron Munchausen was an historic box office bomb, recouping barely $8 million of its $47 million budget. As such it’s not entirely surprising that rustling up funds for a Cervantes adaptation hasn’t been easy.

Yet despite this and his oft-surly personality, Gilliam is an easy “protagonist” to root for – a director who desires more than anything to swing wildly for the fences, box office be-damned. In a commercial cinematic landscape becoming increasingly dominated by splashy superhero fare, his style of filmmaking is certainly becoming less valuable from a purely financial perspective – though perhaps more valuable than ever in terms of pure artistry. And that is how a veteran filmmaker becomes a scrappy underdog.

Even once Gilliam secured funding for what would become his successful 2018 film starring Adam Driver and Jonathan Pryce, the atmosphere during both pre-production and principal photography is one of gut-wrenching anxiety. Gilliam is waiting to see which act of God will ruin his vision this time; when Pryce takes a tumble during an action scene, Gilliam is beside himself that the actor might injure his back just as Rochefort did during the original shoot and resulted in the project’s abandonment.

Furthermore, given that Gilliam was 76 years old when shooting started, there was a very real prospect this would indeed be his final chance to get the movie in the can, an urgency exacerbated by two of his own medical emergencies which took place during production. Whether The Man Who Killed Don Quixote ends up being Gilliam’s last hurrah or not – after all, Ridley Scott is still working annually well into his 80s – his epic journey does rather parallel that of Don Quixote himself.

Gilliam is said to often employ videographers on his films to record “evidence” of what went down on-set in case he finds himself battling the studio, and to his credit, he has clearly granted the directors seemingly untapped access to virtually every aspect of production. As a result, the exhaustively intimate footage here covers everything from table reads with the main cast to costume fittings, the constrained shoot itself, and glimpses of Gilliam as not only a director but also a vulnerable human being and even a grandfather. 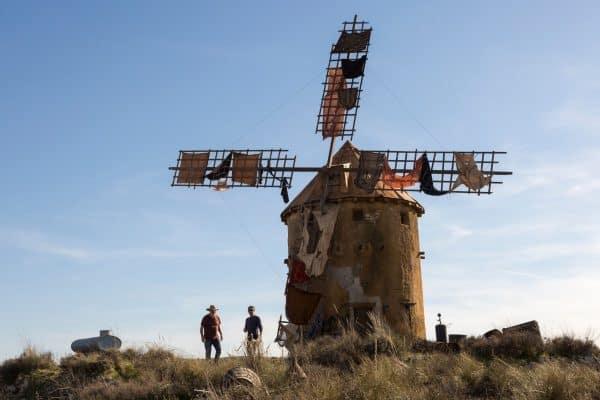 “Constrained” might be too meek a descriptor for the enormous pressure placed upon Gilliam through shooting; with just half the budget of his Johnny Depp attempt – a film we see him wistfully poring over footage of here – and his confidence shot following the indifferent response to his prior 2013 film The Zero Theorem, Gilliam seems acutely aware that this compromised version has every possibility of not being well received. In one moment, he even considers whether the film might be better left as a legendary unmade enigma – a “dream” as he calls it.

The footage of the shoot is especially illuminating in clarifying just how miraculous it is that the end result was even a half-decent movie. Gilliam is frequently frayed at the seams by the rushed shooting schedule and the speed at which he loses light on crucial shots, perhaps sensing that the film is once again getting away from him.

But it was also a shoot of sure ups and downs; Gilliam’s joy at racing ahead of schedule and getting quality material in the can is infectious, and there’s one particularly touching moment where the crew host a surprise party when he reaches the eighth day of shooting – a milestone he never achieved in 2000. Yet nothing tops the beautiful moment that Gilliam finally wraps the picture entirely; the look of disbelief, and the clear mixed emotions on his face, justify this film’s existence alone.

If the doc has any one weakness, it’s that virtually no effort is made to discuss the film’s ultimately mixed reception following its Cannes Film Festival premiere; Gilliam is self-aware enough to accept it was never going to match his original, bigger-budgeted version, but he’s also clearly pleased to have it finally out in the world. A greater post-release perspective would’ve been enormously valuable, though, given the generally warts-and-all nature of the project otherwise.

Ultimately The Man Who Killed Don Quixote was a decent-ish movie that was destined to be overshadowed by the far more interesting story of its existence – an act of creative eclipse that this doc itself also contributes to. But it also confirms the beauty of the artist’s struggle, the fulfilment of chasing one’s dream, and the melancholic void its completion leaves behind. It’s a relatable feeling for anyone who’s ever devoted themselves tirelessly to a pursuit or project, and in Gilliam’s case in particular it’s tinged with an unmistakable air of existential dread.

He Dreams of Giants is a fascinating depiction of artistic obsession and the torturous production behind one of Hollywood’s most laboured-over and “cursed” movie projects.