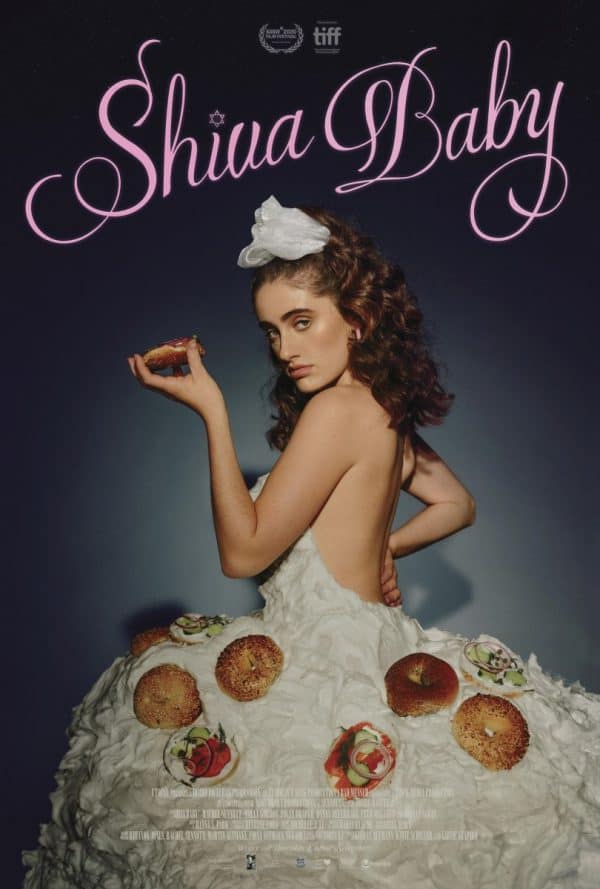 At a Jewish funeral service with her parents, a college student runs into her sugar daddy.

Making her feature-length writing/directorial debut, Emma Seligman has opted to expand upon her short film Shiva Baby once again collaborating with the star of that experiment, Rachel Sennott. At only 77 minutes, Shiva Baby might still appear short but in actuality, its awkward situational humor and the overwhelming anxiety stemming from it renders it as an experience that lasts an eternity, which here is one of the highest compliments that can be given to a movie.

Danielle (Rachel Sennott) is an ambitious college student with a sugar daddy for funding. As Shiva Baby opens we get a glimpse of this arrangement of sex and money until a phone call from mom interrupts the act reminding Danielle about a Shiva (think of it as a get-together to mourn the loss of a loved one) they would like her to attend later. She collects her money from Max (Danny Deferrari), a relatively nice and understanding guy all things considered and is on her way. That’s not the last she will see of him today. 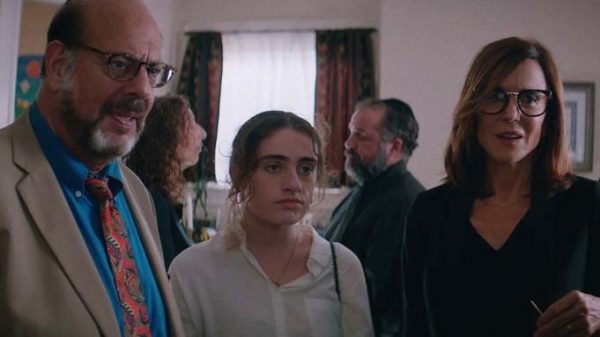 It’s a small world, as to Danielle’s surprise Max also shows up at the Shiva with a whole bunch of other revelations along the way. As you can imagine, every one of these reveals not only morally compromises what was supposed to be a normal transactional relationship, but also escalates the Shiva into a party fueled by nightmarish paranoia. Complete with appropriately overwhelming music and claustrophobic photography, Emma Seligman’s awkward comedy turns out to be just as much a horror movie. If Darren Aranofsky ever decides to make a comedy, it will look and feel something like Shiva Baby.

Max is not the only unexpected arrival that has Danielle on edge, as her former partner Maya (Molly Gordon) is also there, allowing for interactions informing us of a crisis within Danielle’s identity and future dreams. Serving as perfect background noise are a collection of other Jewish characters ranging from Danielle’s parents (Polly Draper and Fred Melamed respectively) to hard-of-hearing elderly folks to estranged relatives making awkward small talk. These interactions involve everything from typical dysfunctional parental arguing to lost cell phones to asking for the location of the bathroom at the most inopportune time. Wisely, the humor falls on the cast surrounding Rachel Semmott, who gets the heavier duty of emotionally processing the secrets she is uncovering, what she is doing with her life, and how to keep things as secret or if her actions should even remain hidden. 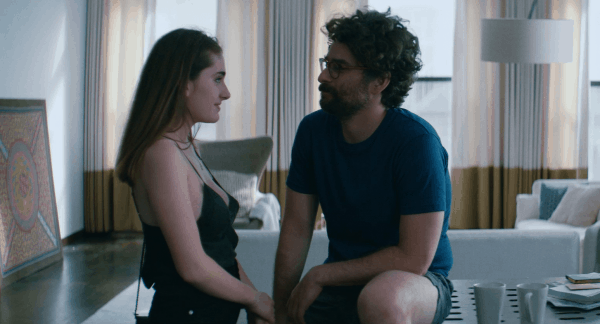 Shiva Baby largely succeeds because Rachel Semmott is indeed a revelation here; there is an escalating panic to her performance that drives the film forward as we curiously await how she plays this while simultaneously looking on in dread ourselves at what else could go wrong. Again, it’s scintillating and outrageously funny in equal measure, with a sharp script and excellent direction from Emma Seligman that suggests she’s a veteran rather than someone making her first film. Aside from cramped cinematography to better reflect the paranoia on display, there is even a shifting color palette as the day goes on and becomes more suffocating.

The sugar daddy dynamic is also carefully handled as not to shame or necessarily promote the lifestyle. Of course, there are a number of well-meaning relatives with outdated perspectives that would freak out if they knew what Danielle was up to online, but even Maya has trouble accepting this. The resolution to this is simple and sincere; Danielle explains why she enjoys being a sugar baby, to which Maya responds that she never thought about it that way. There’s plenty of moments of broad humor, but Emma Seligman goes for subtlety where it matters most, setting up for a heartwarming final shot. That’s not to say everything is tidily resolved because if anything Shiva Baby will leave you thinking about these characters and wondering what they do next. It’s a tender, anxiety-packed, funny coming-of-age story with a sex-positive slant, Jewish authenticity, and a grounded approach to the shenanigans that gives every one of these 77 minutes real emotion.